The Maui wildfires that burned a total of 9,200 acres since Thursday are now 100 percent contained.

Mayor Michael Victorino made the announcement this morning saying firefighters will continue mop-up until the fires are declared extinguished. 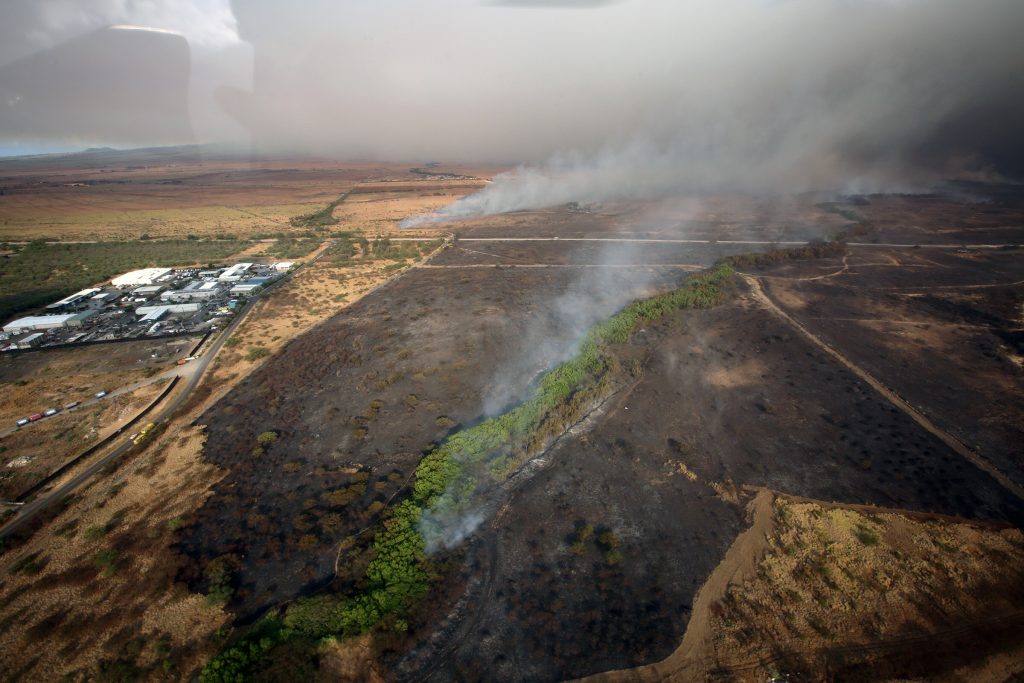 “Words cannot express how relieved I am that there were no injuries or major property damage from what were dangerous, fast-moving fires that required evacuations and road closures,” said Mayor Victorino.

According to a County of Maui press released issued this morning, the Maui Fire Department will continuously monitor the burn areas and put out hotspots with a dedicated emergency callback crew throughout today.

“We would like to ask the public to please stay out of all burned areas due to hazards sometimes not clearly visible,” said Fire Services Chief Rylan Yatsushiro in a county press release. “Hazards such as hotspots and underground voids exist. These voids are caused by roots and root balls burning under ground level.”

Any fire flare-ups should be reported by calling emergency dispatchers at 9-1-1. County officials say so-called “smokers” in the middle of burn areas are a lower priority than those closer to fire perimeter areas and that fires may continue to smolder for a week.

The 9,000-acre Central/South Maui fire was first reported at 10:42 a.m. Thursday near the intersection of Kūihelani Highway and Waikō Road. It spread quickly south and east, jumping both the Kūihelani and Maui Veterans highways to north Kīhei.

The 200-acre Puʻunēnē fire was first reported at 1:30 p.m. Friday and began in the vicinity of the new Safeway and Lowe’s in Kahului.

Mayor Victorino said, “I’m also very thankful for the tremendous hard work by our firefighters, police, first responders, private contractors, emergency management staff, County of Maui department personnel, volunteers and everyone who helped protect and care for our residents and visitors. It was a great team effort, and another reason I’m proud to say Maui nō ka ʻoi.”