A brush fire burning north of the Maui Meadows subdivision in South Maui has burned 80 acres and is now 100% contained as of 7:05 p.m., according to fire officials.

Maui Fire Services Chief Rylan Yatsushiro said, “Dozers continue to cut a control line around the perimeter of the fire.”

Ground crews and air support are applying water to hit hotspots and further secure the perimeter, according to department reports.

Firefighting operations are also ongoing to “remove unburned fuels that may become a threat to control lines,” said FSC Yatsushiro.

Firefighters are working to contain a brushfire located north of the Maui Meadows subdivision in South Maui at this time.

Flames have already consumed roughly 40 to 50 acres of brush and kiawe according to the fire department. The fire was first reported at a 9:03 a.m.

Although no homes are threatened so far, the fire has resulted in a slow down in traffic on the Piʻilani Highway.  Motorists should expect delays and expect temporary lane closures. At 10:48 a.m. we received an update on scene of a single lane closure in the northbound direction along the Piʻilani Highway starting from Mapu Drive.

*As the situation updates Maui Now will bring you the latest. 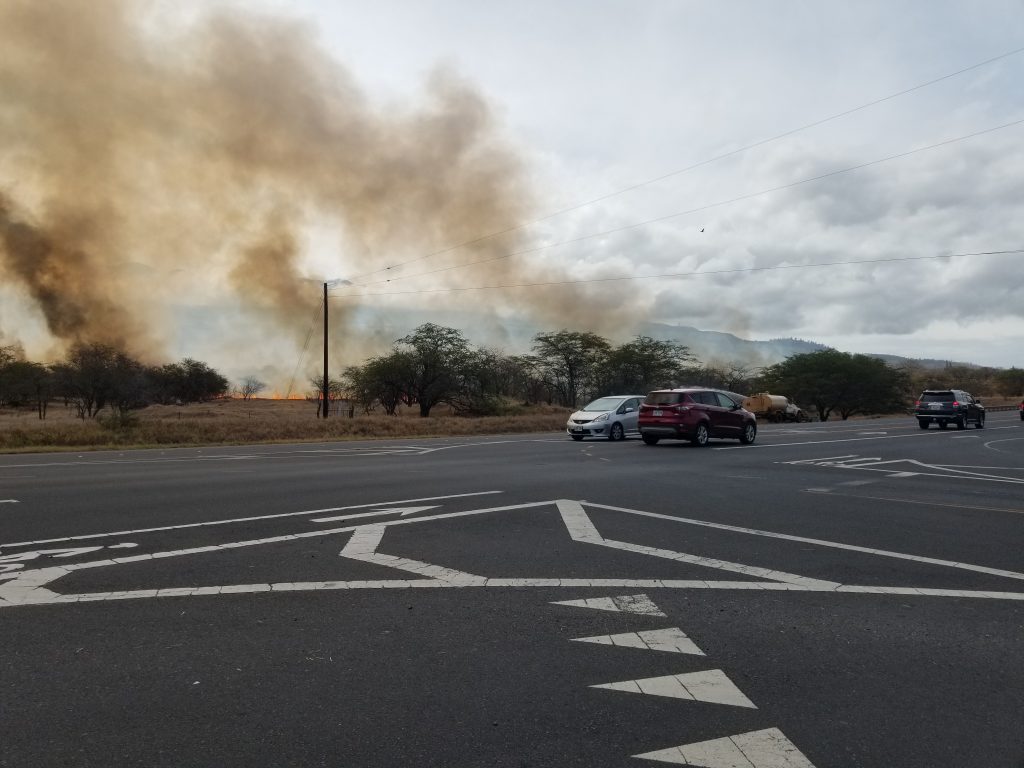 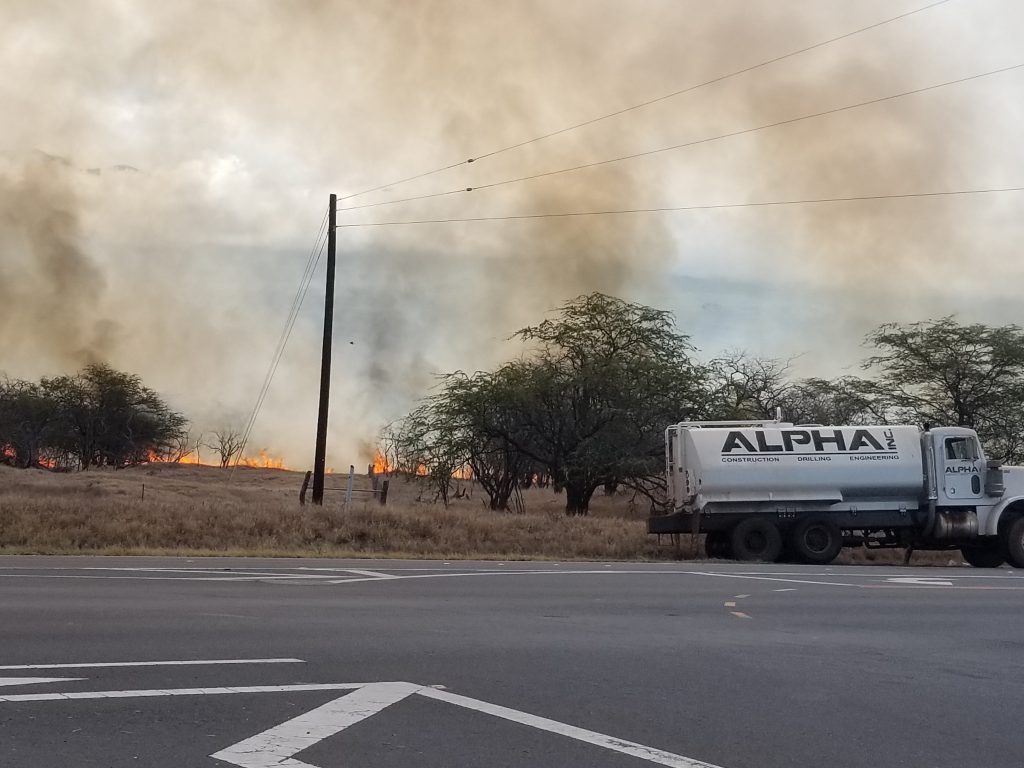 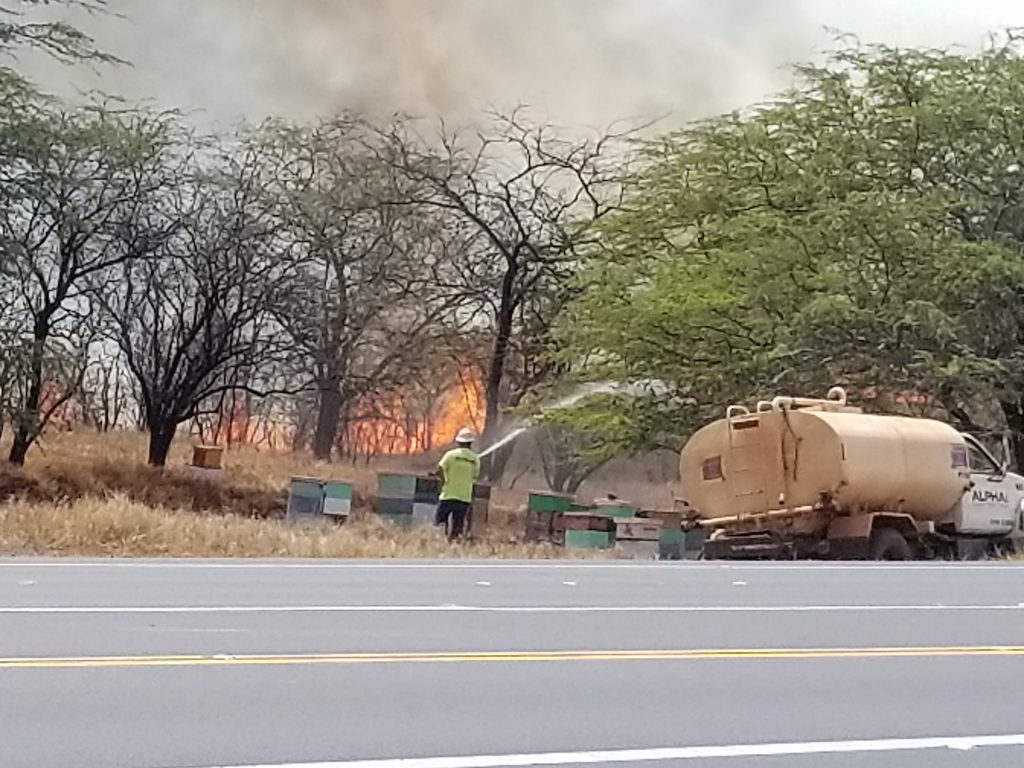 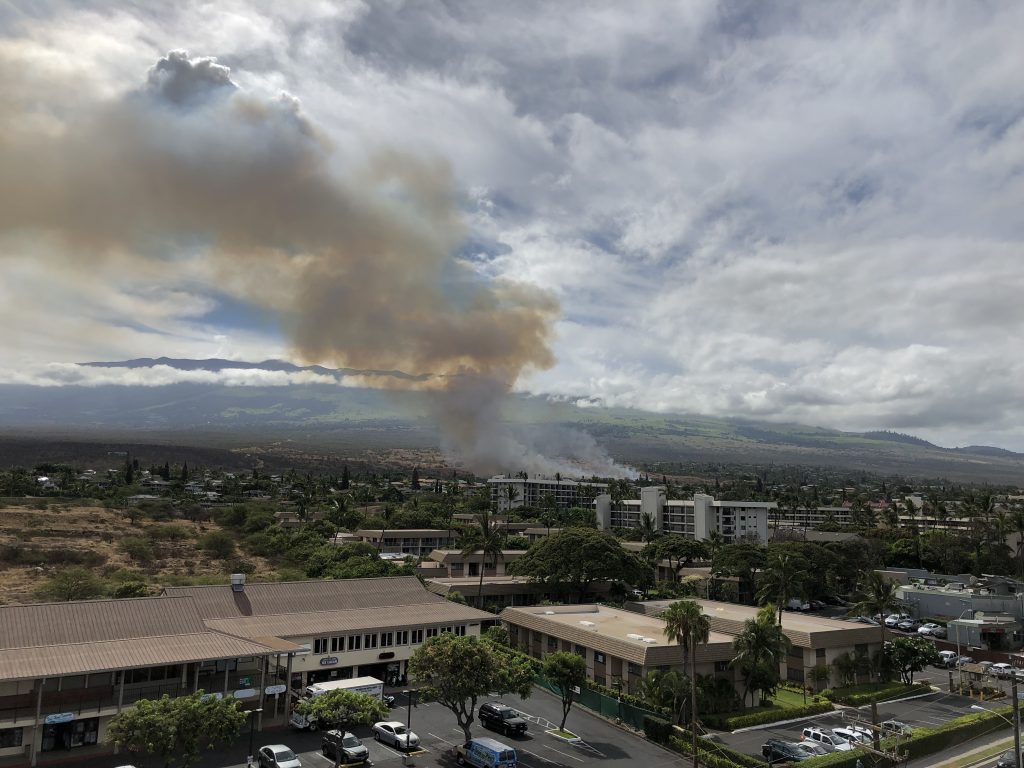 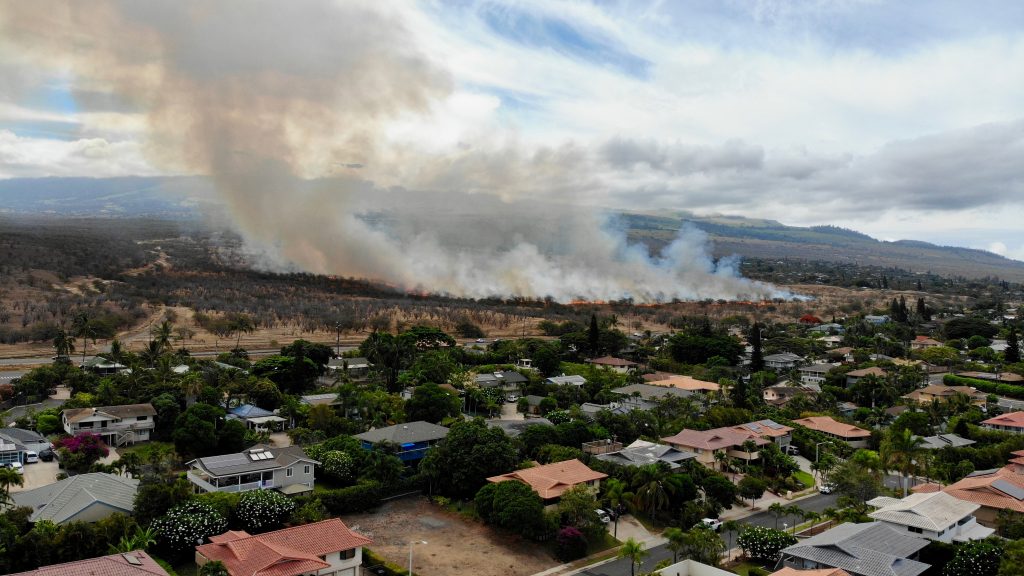 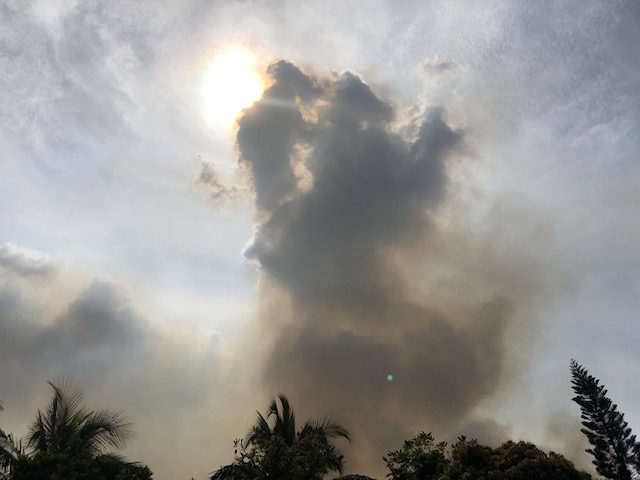 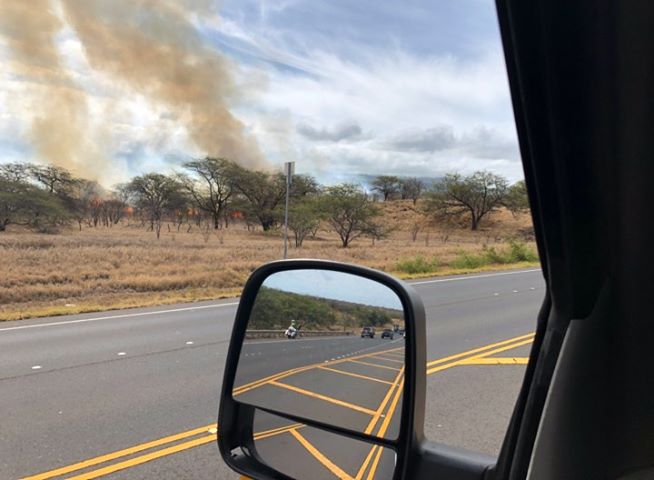 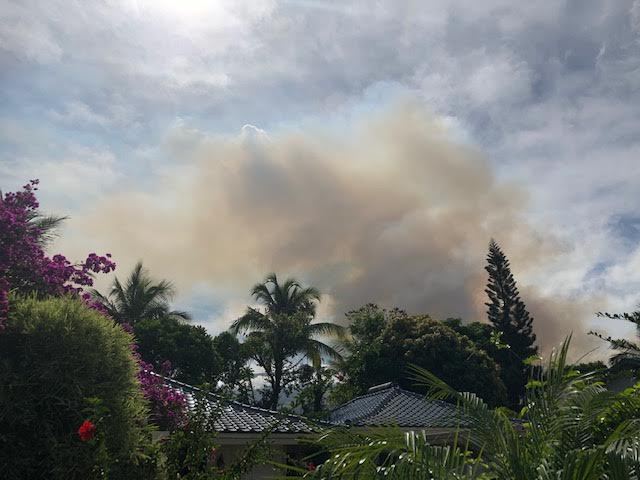 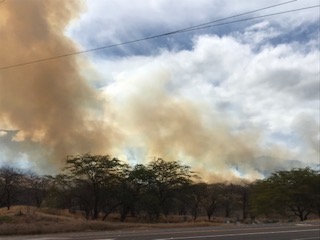 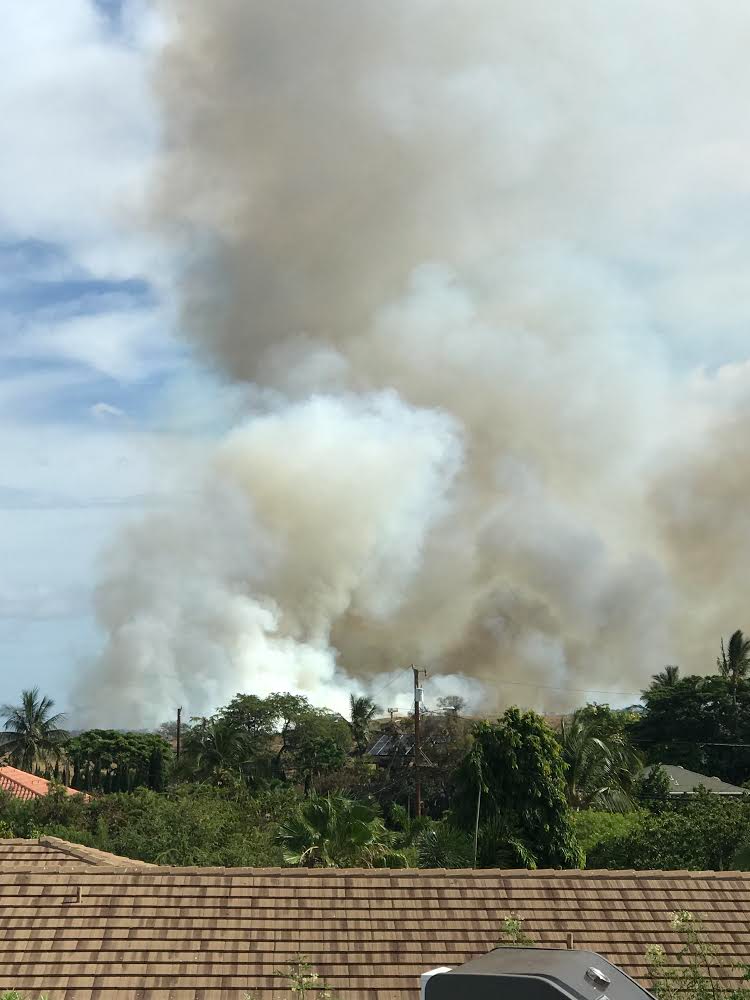 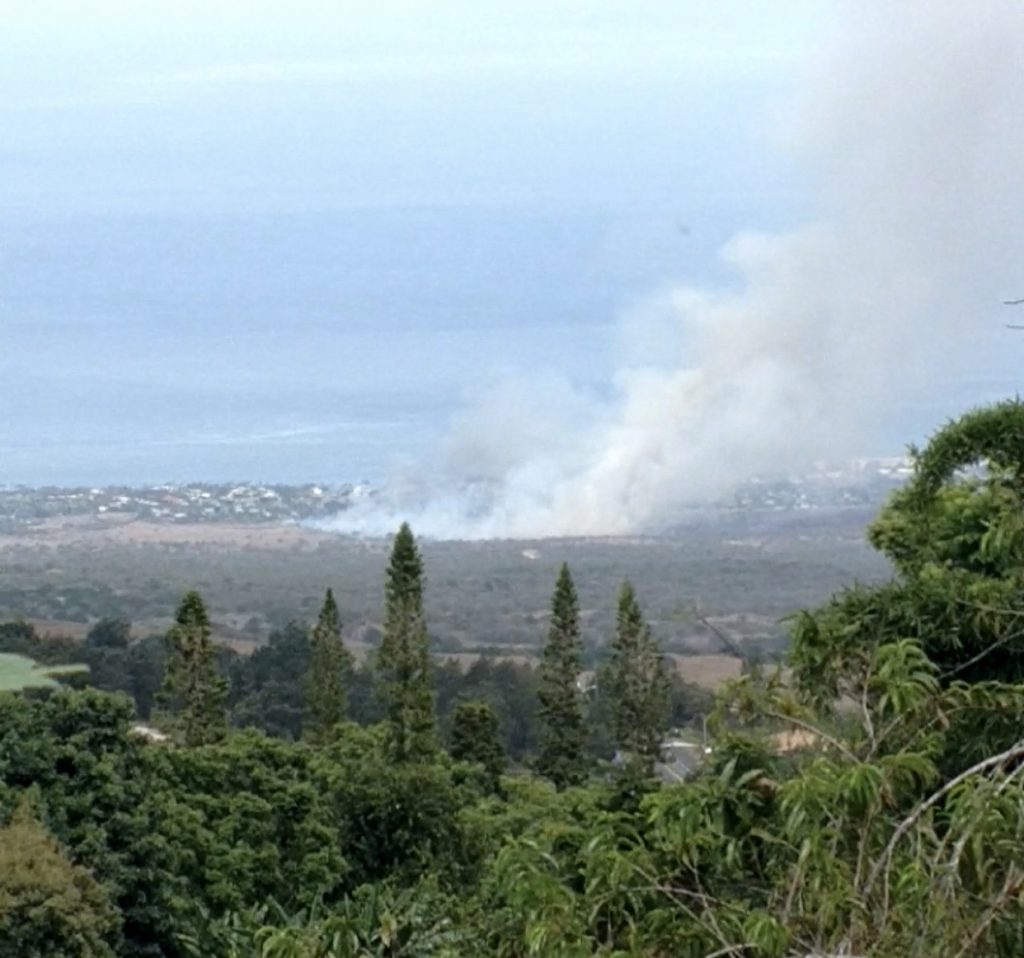 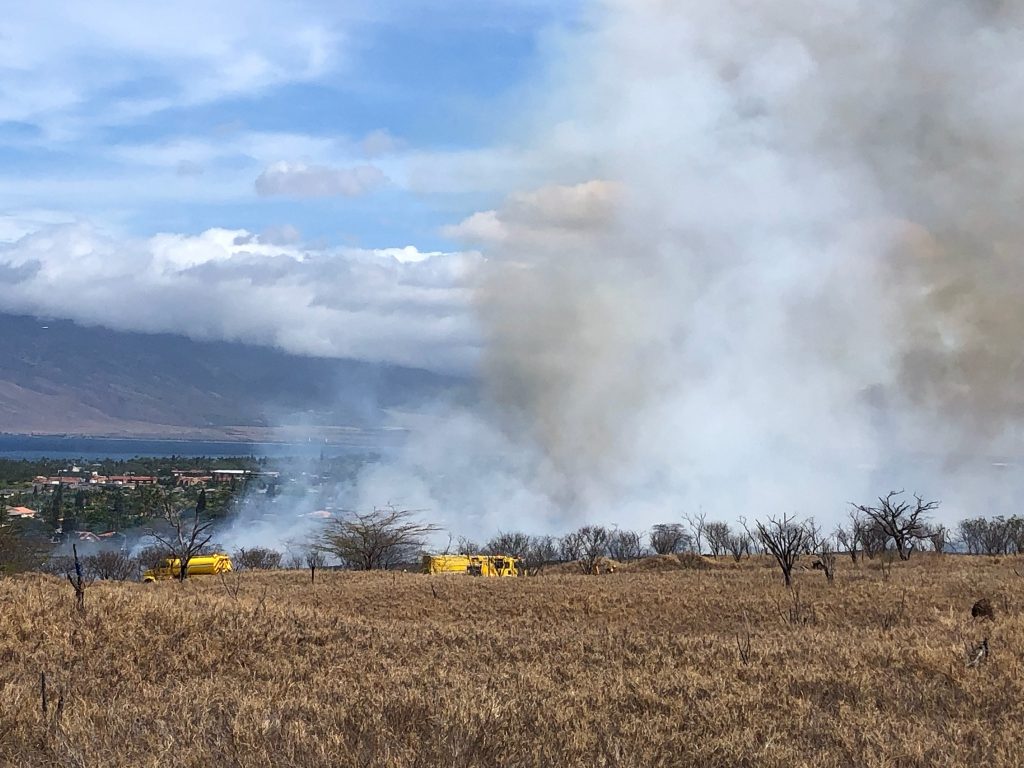 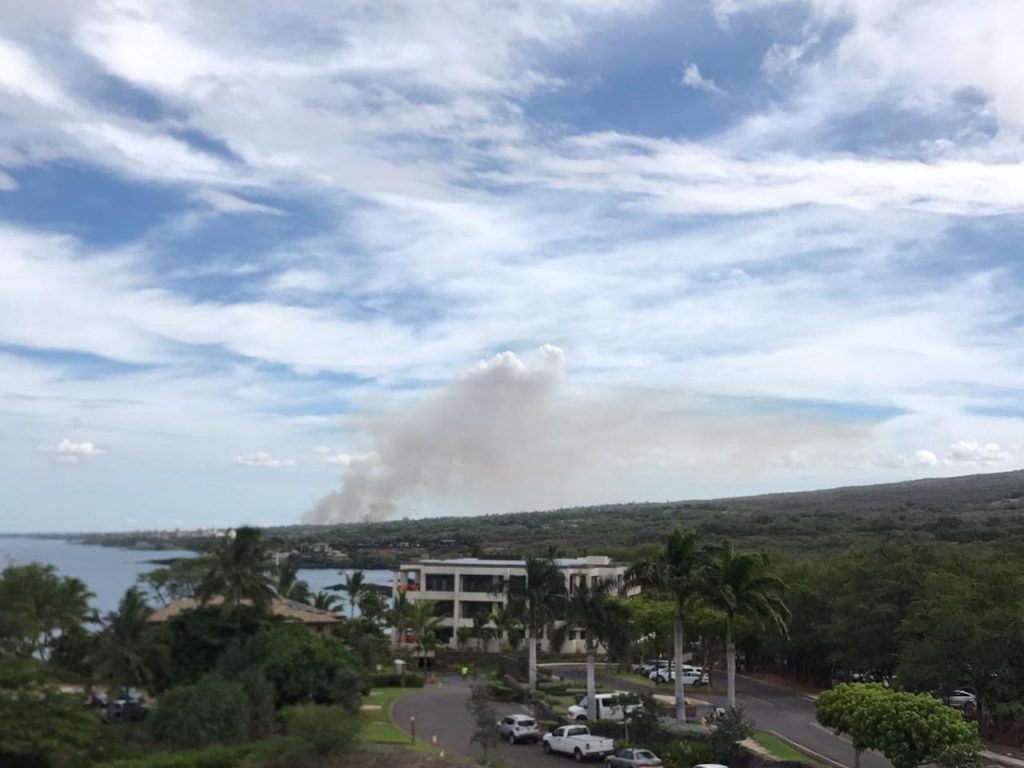 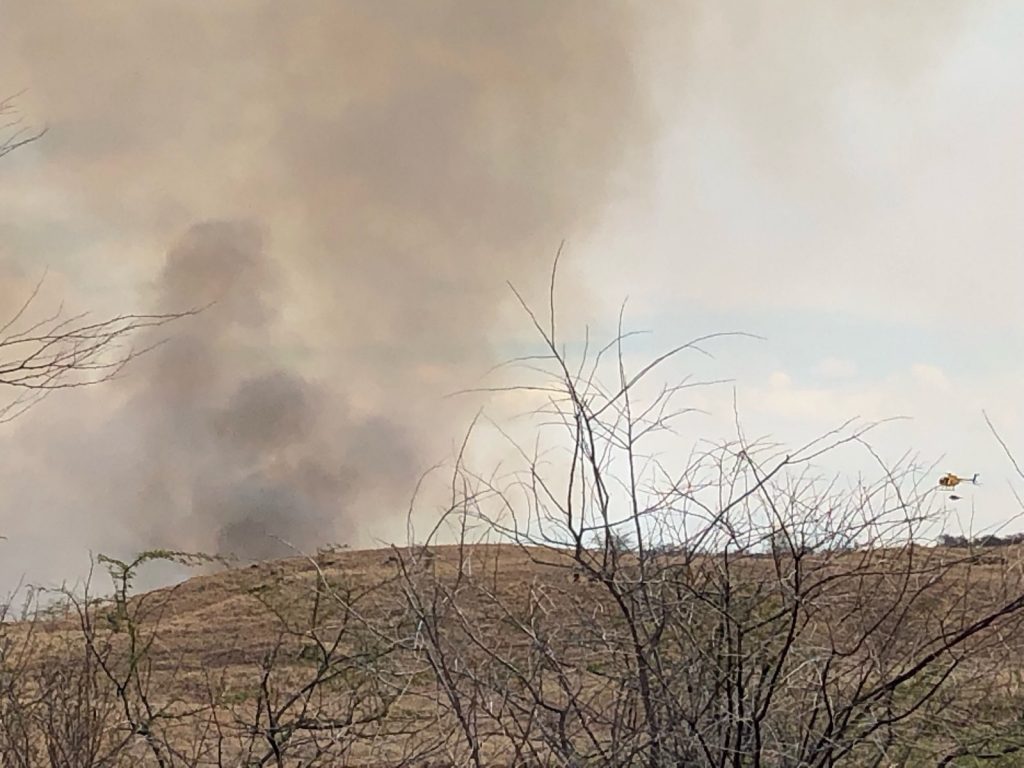 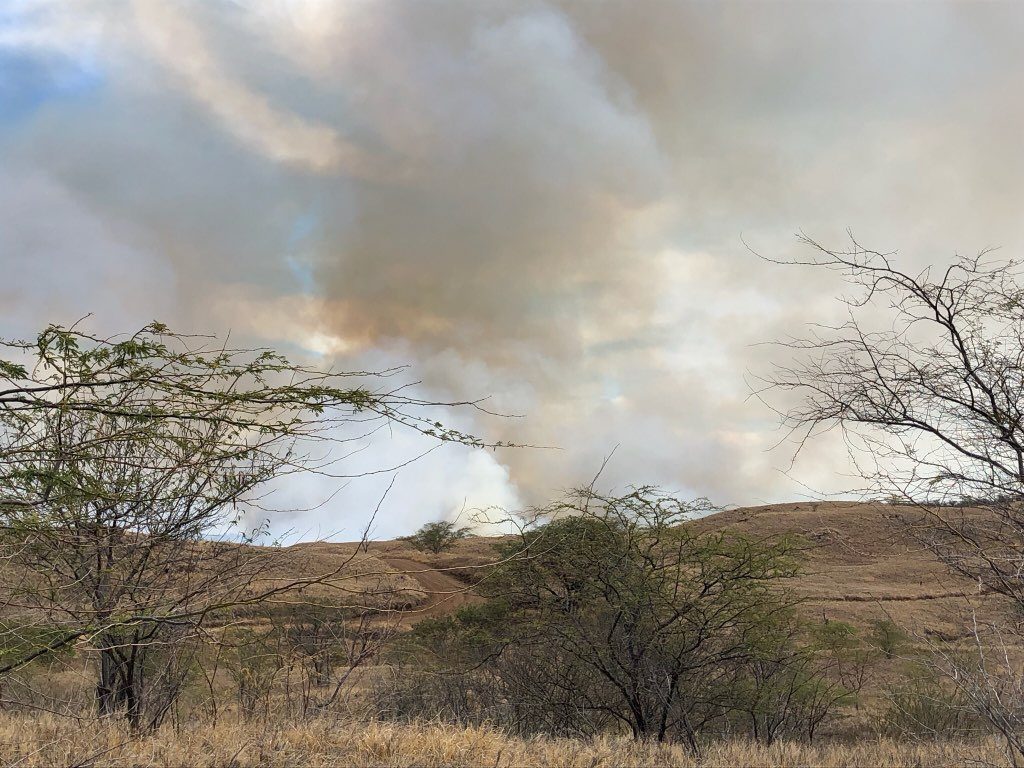 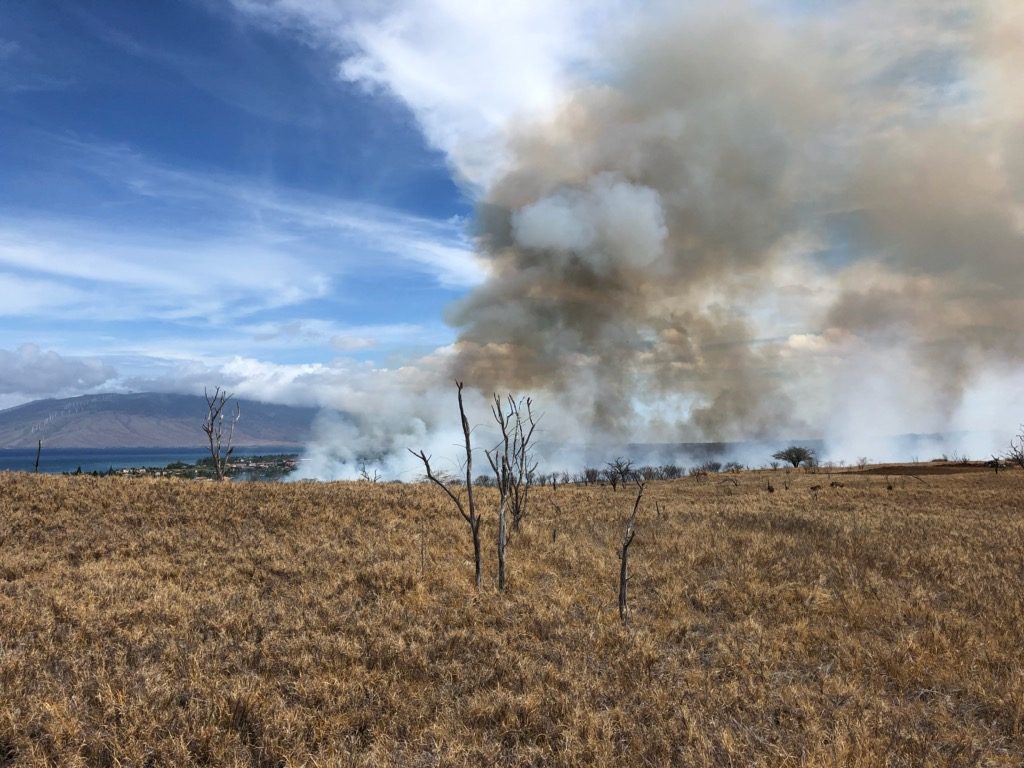 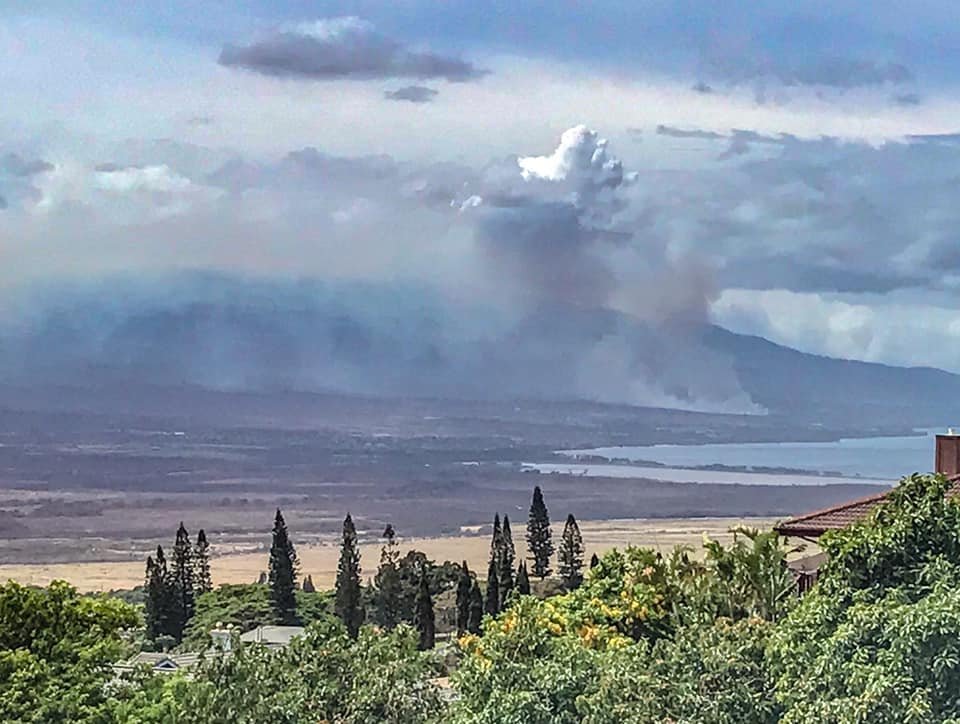 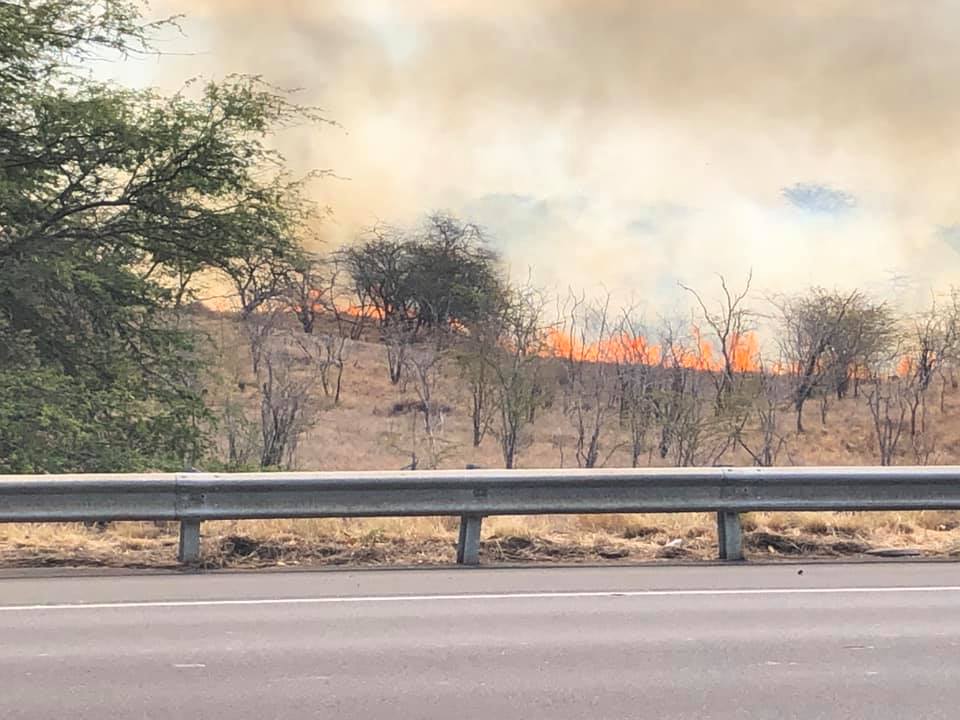 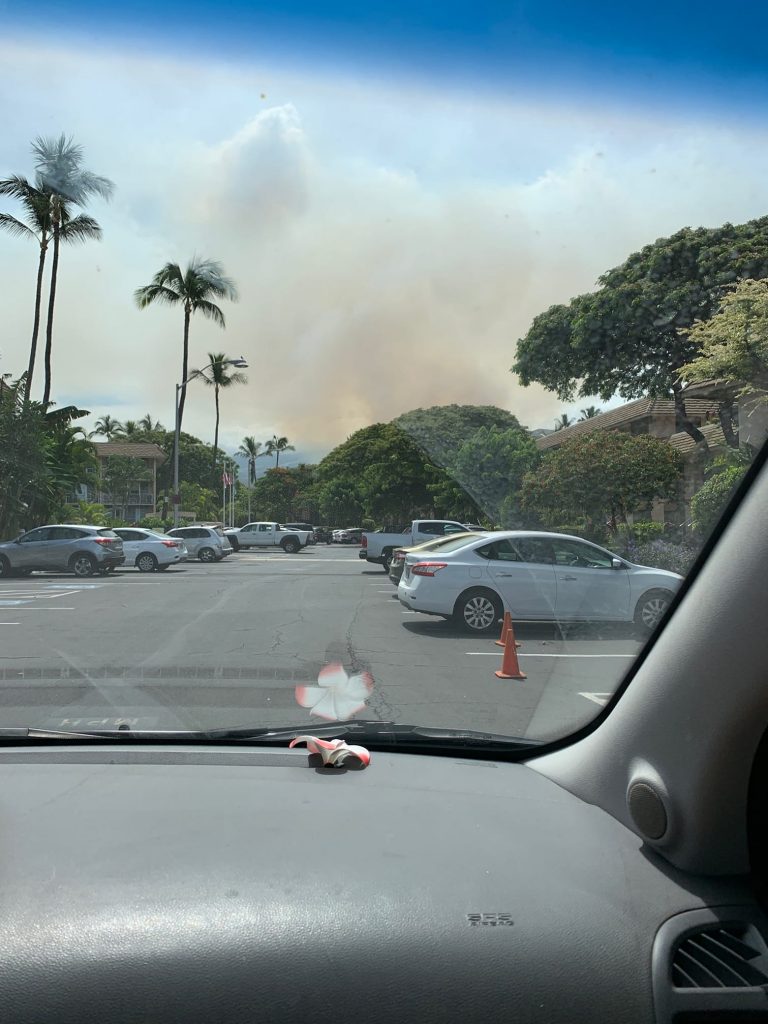