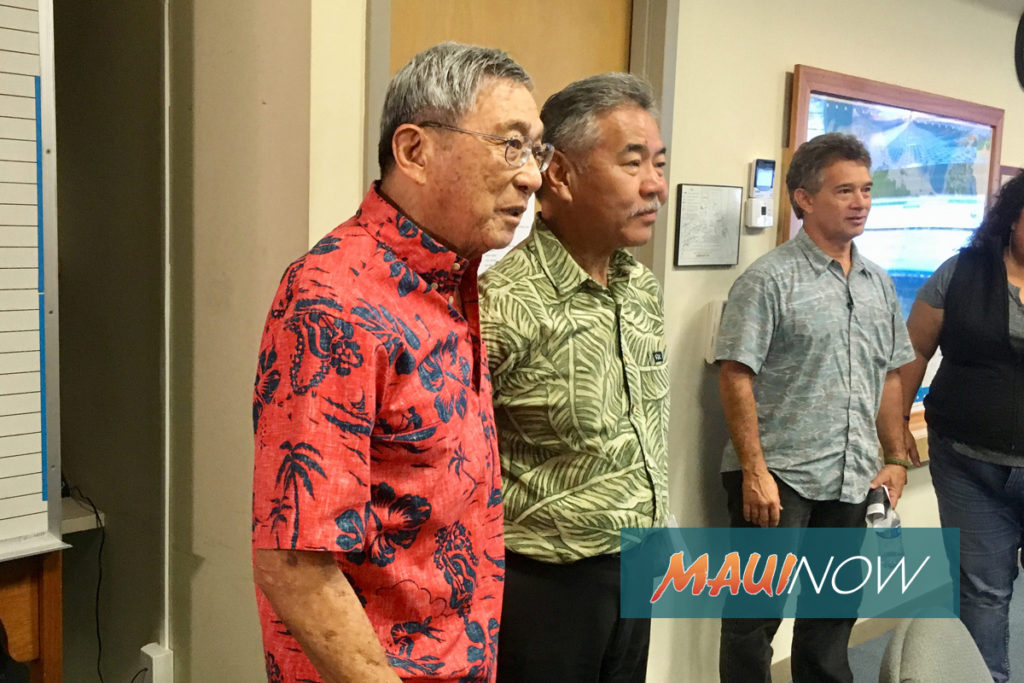 Governor David Ige today issued a statement asking Hawaiʻi County Mayor Harry Kim to take the lead in coordinated efforts by the state and county to “peacefully attempt to reach common ground with the protectors of Maunakea and the broader community.”

In his statement, Gov. Ige said, “Mayor Kim is closest to the situation and the impacts are greatest on the island he leads.”

“Today, I am asking Hawaiʻi County Mayor Harry Kim to coordinate both county and state efforts to peacefully attempt to reach common ground with the protectors of Maunakea and the broader community. Mayor Kim is closest to the situation and the impacts are greatest on the island he leads.

“We both share the goal of achieving a resolution that is peaceful and satisfactory to as many as possible in the community. I support the vision he has widely articulated for Maunakea as a beacon of hope and discovery for the world that brings us together rather than divides us. And we both understand that the issues underlying what is taking place today are far deeper than TMT or Maunakea. They are about righting the wrongs done to the Hawaiian people going back more than a century.

“While Mayor Kim will be taking the lead, hard decisions will need to be jointly supported by the state and county and we will be working together to determine next steps that are in the best interests of all the people of Hawaiʻi.”

The announcement comes amid tensions between the governor and leaders at Puʻuhonua o Puʻu Huluhulu.