The state Department of Land and Natural Resources’ Division of Conservation and Resources Enforcement released an updated list of names of those arrested at Maunakea on Wednesday, July 17, 2019.

The list was revised to 38 from an original report of 33-34 arrests (and all names are listed below).  State officials say the individuals were arrested “after refusing to comply with a lawful order to clear the road.”

Many of those arrested have been described as kupuna and include respected Native Hawaiian elders as well and longtime cultural rights advocates.

Meantime, the state’s media communications team reports that they are currently “in transition” after Tuesday’s announcement about Hawaiʻi County Mayor Kim taking the lead on the TMT issue. The state’s regularly scheduled teleconference and media availability have been placed on hold until further notice, according to an update provided by the state this morning.

The announcement on Mayor Kim’s role came amid earlier tensions between the governor and leaders at Puʻuhonua o Puʻu Huluhulu.

The governor has since visited with leaders at Puʻuhonua o Puʻu Huluhulu yesterday on Day 9 of demonstrations. It was his first time setting foot at the site since his announcement on July 10 that the day “has arrived” for construction of the Thirty Meter Telescope.  During the governor’s visit, Mayor Kim and Gov. Ige walked side by side as they met with puʻuhonua leaders and individuals at Maunakea who call themselves protectors.

On Tuesday, Gov. Ige said he is committed to “finding a way forward in a peaceful manner.” Leaders at the site spoke with media expressing a desire for the TMT to go to their Plan B and build the project in the Canary Islands instead.

As of 10 a.m. today, 166,901 people had signed a Change.org petition seeking the immediate halt of TMT construction on Maunakea.  The petition is addressed to the Gordon and Betty Moore Foundation asserting that Maunakea is “ancestrally, culturally and spiritually sacred to Kanaka Maoli.” The petition further states that “the spiritual and physical health of the mountain, is reflective of the spiritual and physical health of her people.”

Opponents have said that construction would further desecrate a mountain they consider sacred.  “This is not just about one mountain in Hawai’i,” the petition states, calling protection of Maunakea a “global movement.”

Advocates of the telescope construction say they believe in the co-existence of culture and science atop the mountain.  Supporters also have said it will provide permanent jobs for as many as 140 workers. 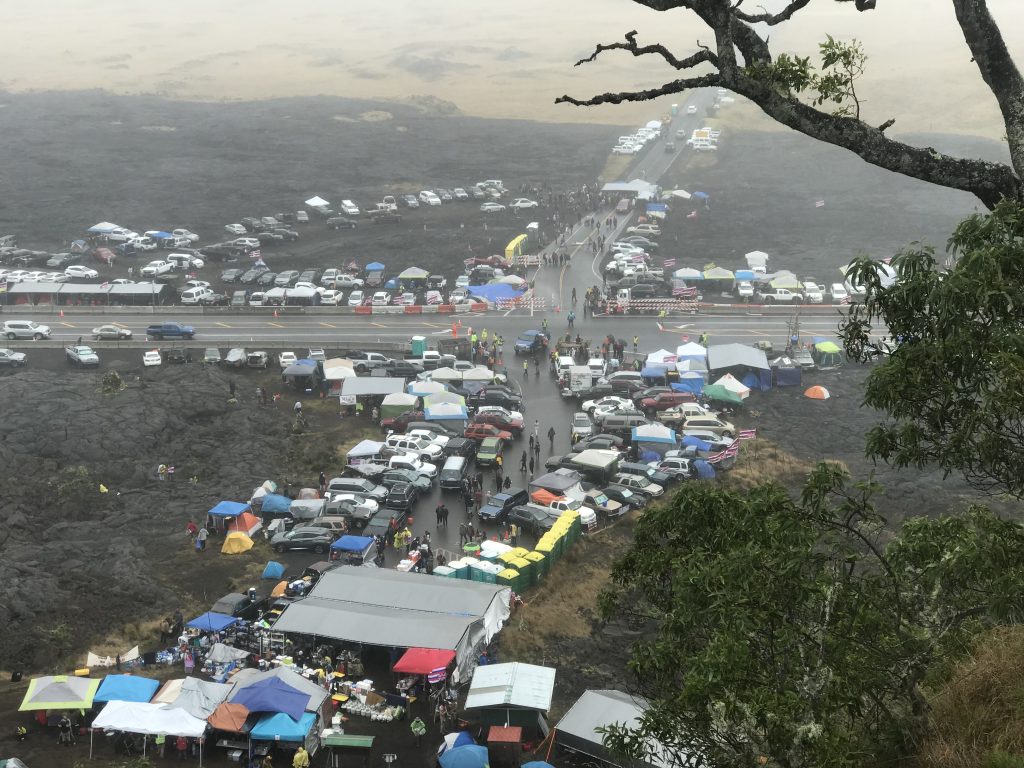