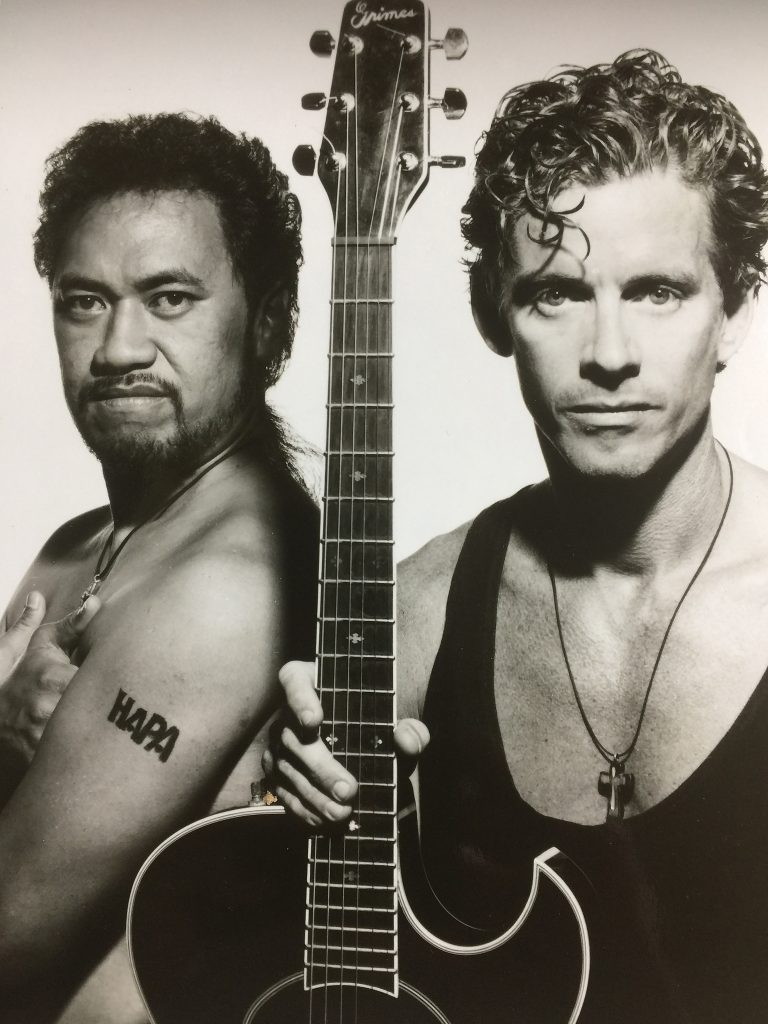 The Maui Arts & Cultural Center presents the original members of HAPA – Barry Flanagan and Keliʻi Kanealiʻi – in a continuation of their unprecedented run of sold out concerts for a fifth show on Sunday, Aug. 25, 2019 at 7:30 p.m. in McCoy Studio Theater.

This show follows four consecutive sold-out concerts at the MACC, featuring the bandmates in reunion after a gap of 17 years.

The name HAPA is inspired by the band’s two members – Keliʻi Kanealiʻi, of South Pacific ancestry, and Barry Flanagan, originally from New Jersey.

The Hawaiian singers/guitarists duo first met in 1983, and derived their name from a pidgin slang expression for “ethnically mixed.” They spent the next decade honing their distinctive sound, an update of traditional Polynesian textures and rhythms incorporating elements of pop and world beat. This sound established HAPA as one of the most widely recognized groups in Hawaiian music.

“This has been an unprecedented run” notes Art Vento, MACC’s President and CEO. “The public’s demand for these shows just continues to swell. We have a new wave of ticket buyers for every show as well as those who proclaim that they must see it again.”

HAPA’s self-titled debut album, released in 1993, remains the top-selling recording by a group or duo in the history of recorded Hawaiian music. That album swept all six nominated categories at the 1994 Hawaiʻi Music Awards, and in 2007 the album was hailed by Honolulu Magazine as one of the 50 All-Time Greatest Hawaiian Recordings of All Time with the original song “Lei Pikake” acknowledged as one of the 50 All-Time Greatest Songs.

Tickets for the show are $35, $45, $65 plus applicable fees, and are available at the MACC box office starting Tuesday, July 30 at 10 a.m. for MACC members and to the general public Thursday, Aug. 1. Those wishing to renew or join, can call or visit the MACC Box Office or log on to MauiArts.org/membership. The MACC Box Office can be reached by phone or in person Tuesday through Saturday, 10 a.m. to 6 p.m. Online sales are available anytime at MauiArts.org.