In the latest 5 p.m. update, Erick weakened down to a category 2 hurricane, with additional weakening forecast over the next two days.

At 5 p.m., Erick was located about 480 miles SE of Hilo, Hawaiʻi. The system has maximum sustained winds of 105 mph, and was moving W at 14 mph, according to the latest Central Pacific Hurricane Center forecast.

The Central Pacific Hurricane Center says impacts from Erick may include: potentially dangerous surf mainly along east facing shores; and heavy rainfall starting Thursday afternoon–with the heaviest downpours over the east and southeast slopes of the Big Island of Hawaiʻi.

The National Weather Service has issued a Flash Flood Watch for the Big Island from Thursday afternoon through Saturday morning. “The main flooding impacts are expected to occur from Hilo to Naʻalehu, with lower flooding potential elsewhere on the Big Island,” according to the NWS.

For area waters, there is a Tropical Storm Warning in effect for waters south of the Big Island and a Small Craft Advisory for Maui’s Māʻalaea Bay as well as the Pailolo and ʻAlenuihāhā channels.

Meantime, forecasters are also tracking Flossie, which weaken back into a tropical-storm by 11 a.m. today, but is expected to re-strengthen later this week, becoming a hurricane again in a few days.

Flossie was last located about 1775 miles E of Hilo, Hawaiʻi, and was moving W at 16 mph. The system has maximum sustained winds of 65 mph with higher gusts. The latest forecast cone places Flossie near the islands with potential impacts early next week.

The system is forecast to enter the Central Pacific Basin area of jurisdiction late Friday. 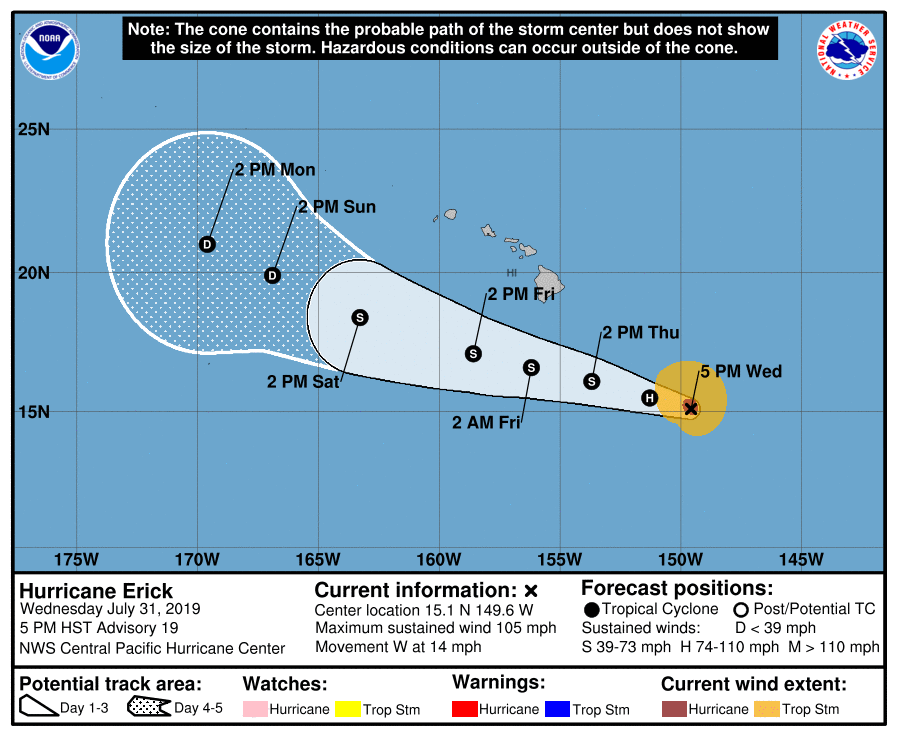 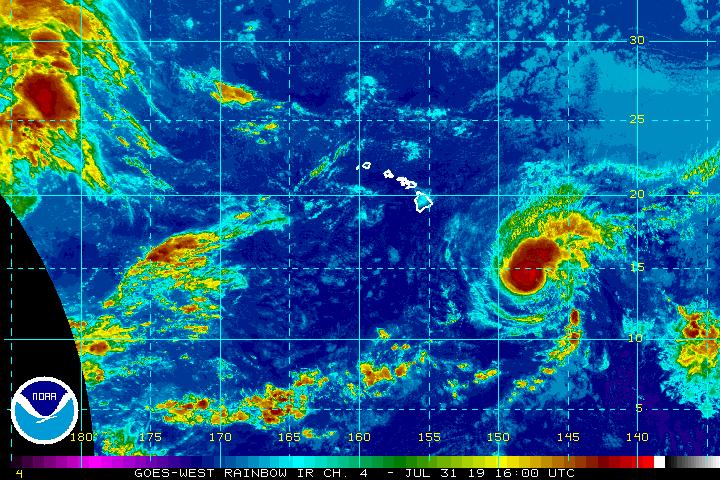 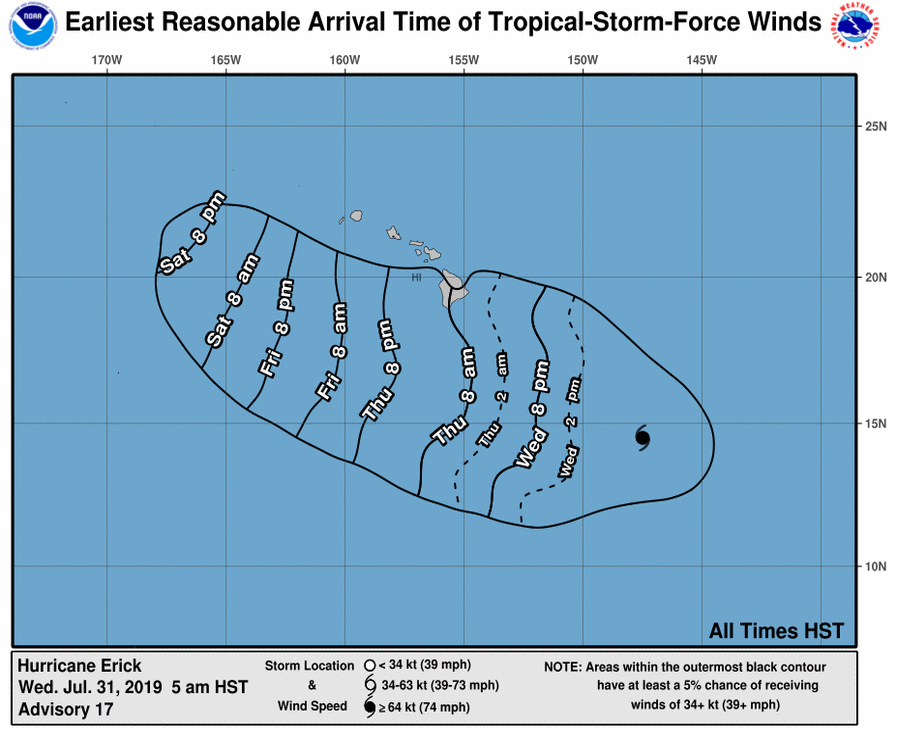 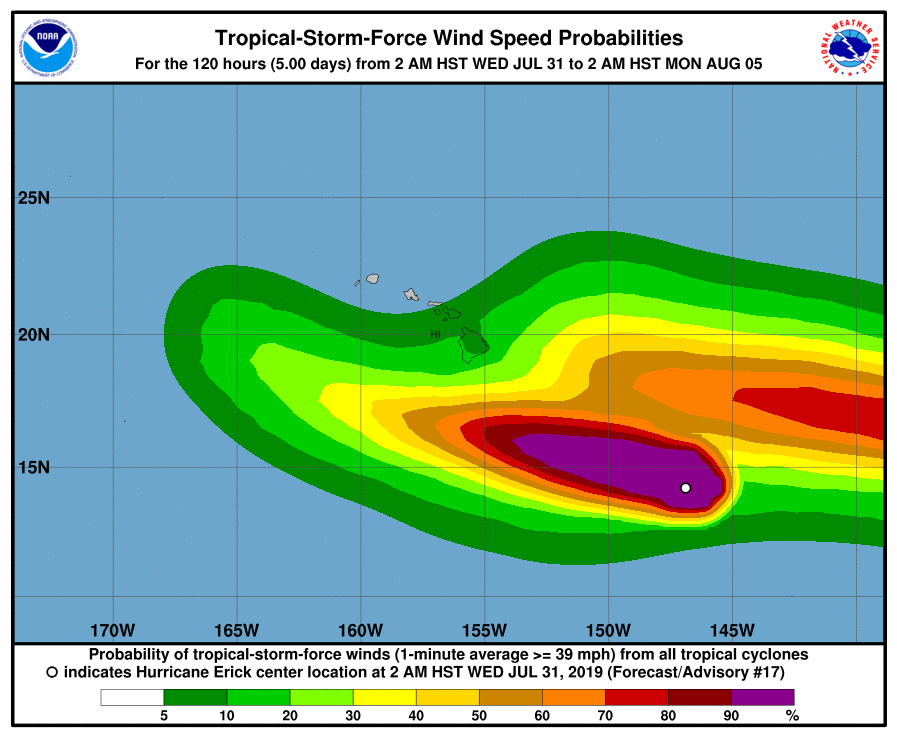 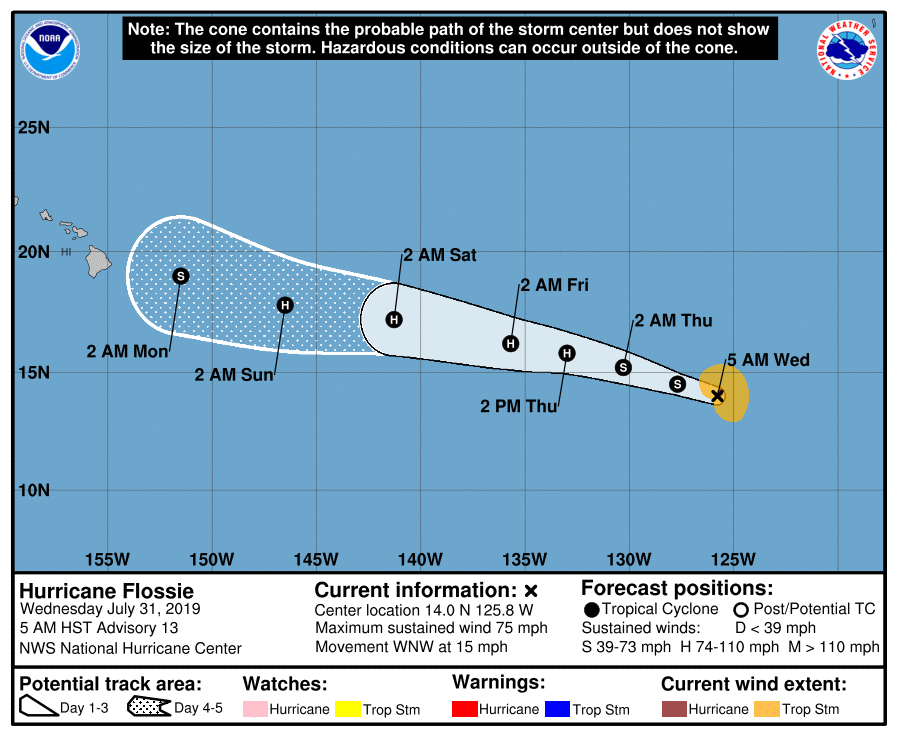