A California windsurfer who collapsed at Kanahā Beach Park in July is now fully recovered.

Bill Kaser lives in Sherman Oaks but said he has been visiting Maui every year for the past 20 years because he enjoys its windsurfing scene and being surrounded by friendly locals.

But this time around, Kaserʻs visit took an unexpected turn when he suffered a massive heart attack and collapsed onshore at “Kite Beach” in Kanahā.

Luckily for Kaser, two fellow windsurfers came to his aid within seconds of his fall.

Dirk Dahme of Hamburg, Germany, and Maui resident Doug Reid performed CPR on Kaser while another bystander ran over to get help from lifeguards.

Ocean Safety personnel and medics were able to revive Kaser through defibrillation with an AED.

Kaser was then transported to Maui Memorial Medical Center, where he underwent triple bypass surgery the next morning.

“I remember virtually nothing beyond launching my sailboard…the first thing I remember was the ICU nurse smiling at me and saying ʻwelcome back, Bill,” Kaser said.

Kaser said he spent eight days recovering in the intensive care unit and was fortunate enough to have some of his local friends visit.

“The biggest surprise was when another one of my windsurf pals showed up in my room in a doctor’s smock,” Kaser said.

“I found out that the guy I knew at Kanahā as George was actually Dr. George and he’d assisted in my surgery.”

On the day Kaser was released from ICU, one of the doctors told him that the reason he survived the “widowmaker” was Dahme and Reidʻs rapid response to his collapse.

Kaser described the experience as, “one of the stars and planets being properly aligned, my guardian angel working double overtime, and just plain luck.”

Kaser told Maui Now that he is deeply grateful to everyone who was involved in helping to save his life, who he referred to as his “heroes” and “Hawaiian angels.” 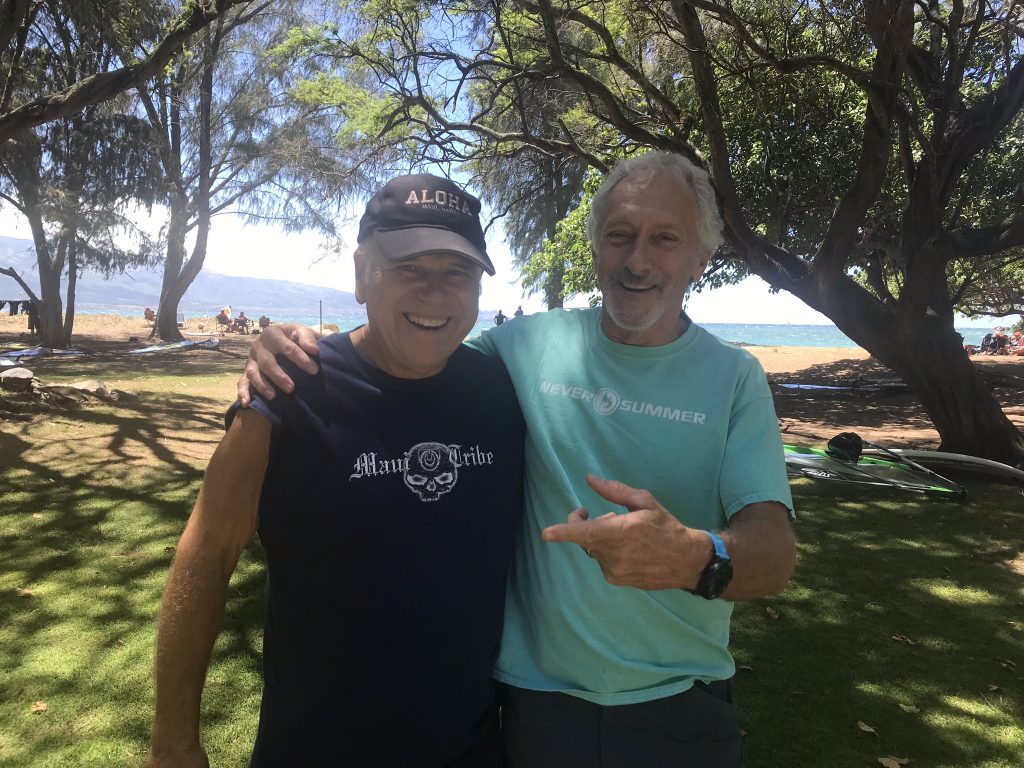 Before returning to California, Kaser (left) was able to thank Doug Reid (right) for helping him after he collapsed. Photo Courtesy: Bill Kaser.

While Kaser is thankful to have survived, he hopes his story can serve as a cautionary tale for others, stating that his heart attack presented no prior symptoms.

“I lost both maternal grandparents, two uncles, and almost my mother to heart issues,” Kaser said.

“Be aware that if heart disease is in the mother’s family genes, it’s not a question if, it’s a question when you will be affected.” 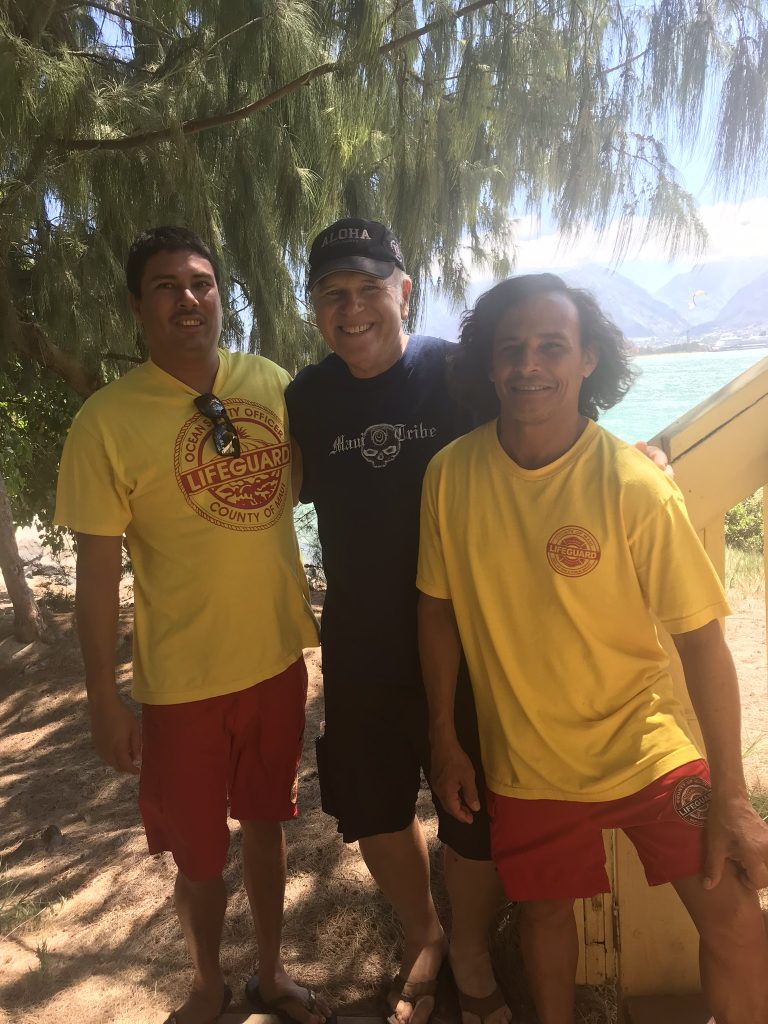 Kaser is now back home in California and said he is “recuperating rapidly and looking forward to returning next summer with my new heart.”