Emergency responders were dispatched to ʻĪao Valley State Park on Tuesday afternoon for a report of a 19-year-old female from Austria who suffered a laceration to her head after falling from a rock.

Department officials say the woman was hiking above the designated trails in the park. According to department reports, the female fell backwards from about five feet and struck the back of her head, rendering her unconscious initially.

Crews met up with a caller who assisted firefighters in locating the woman, who was about 10 to 20 minutes away by foot.

A landing zone was set up in the upper parking lot area for the Department’s Air 1 helicopter, which assisted crews in locating the woman.

By the time rescuers arrived, the patient was alert and talking to them. She was taken to the Maui Memorial Medical Center by ambulance for further care.

Others dispatched to the scene included Rescue 10, Engine 1, Battalion Chief 3 and Medic 1. 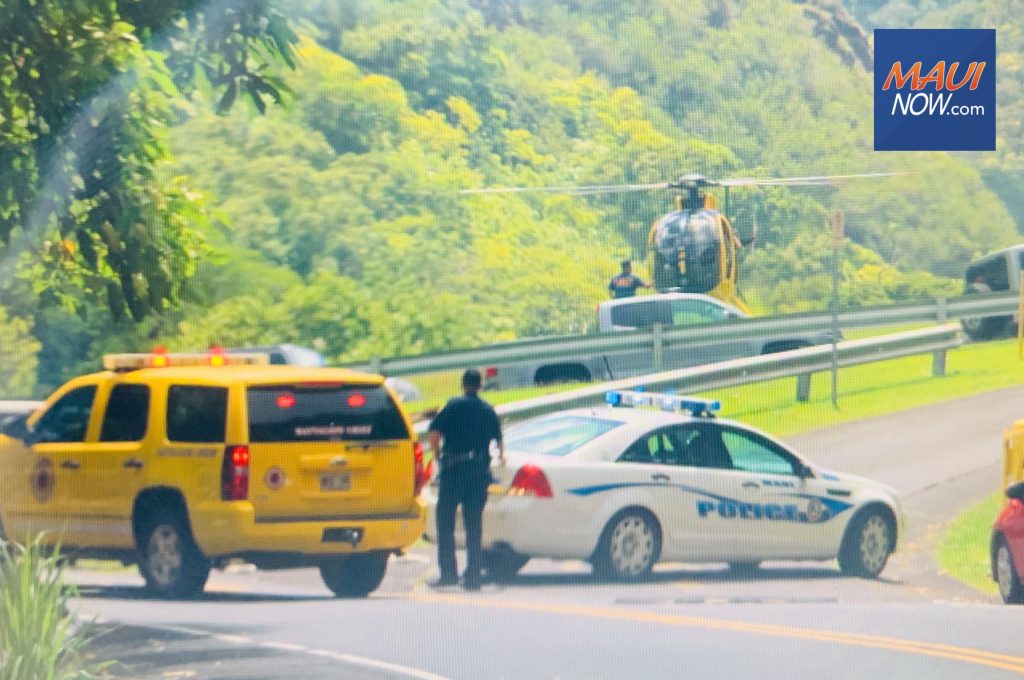