After Losing Her Son to Suicide, One Mother Is Raising Awareness 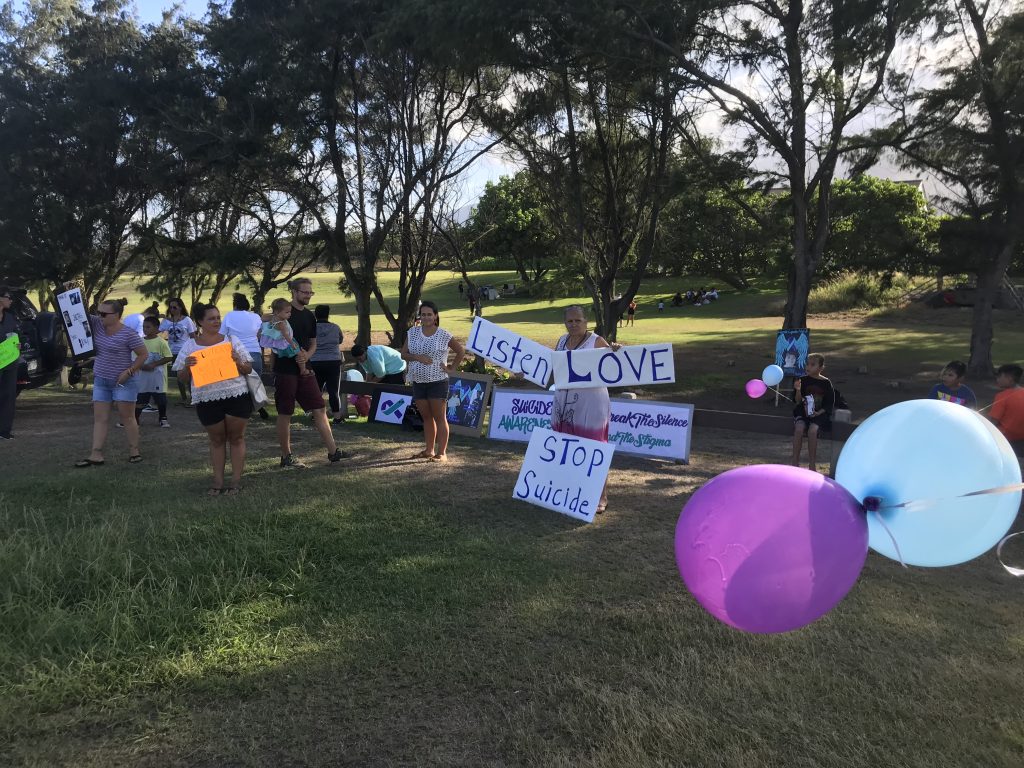 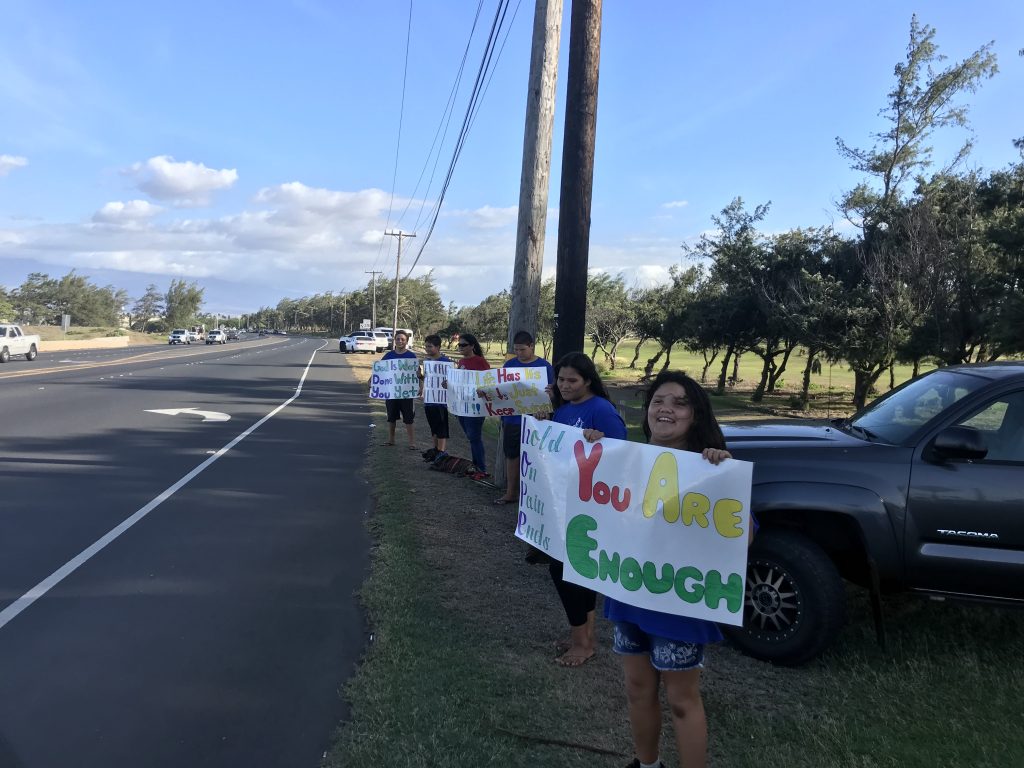 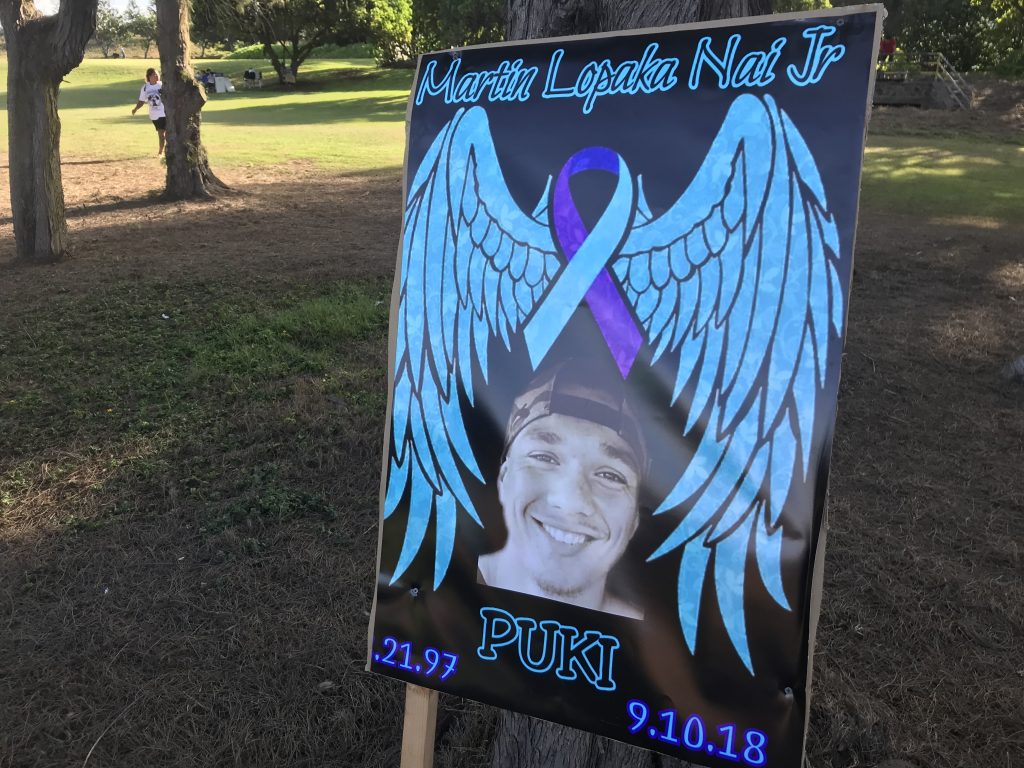 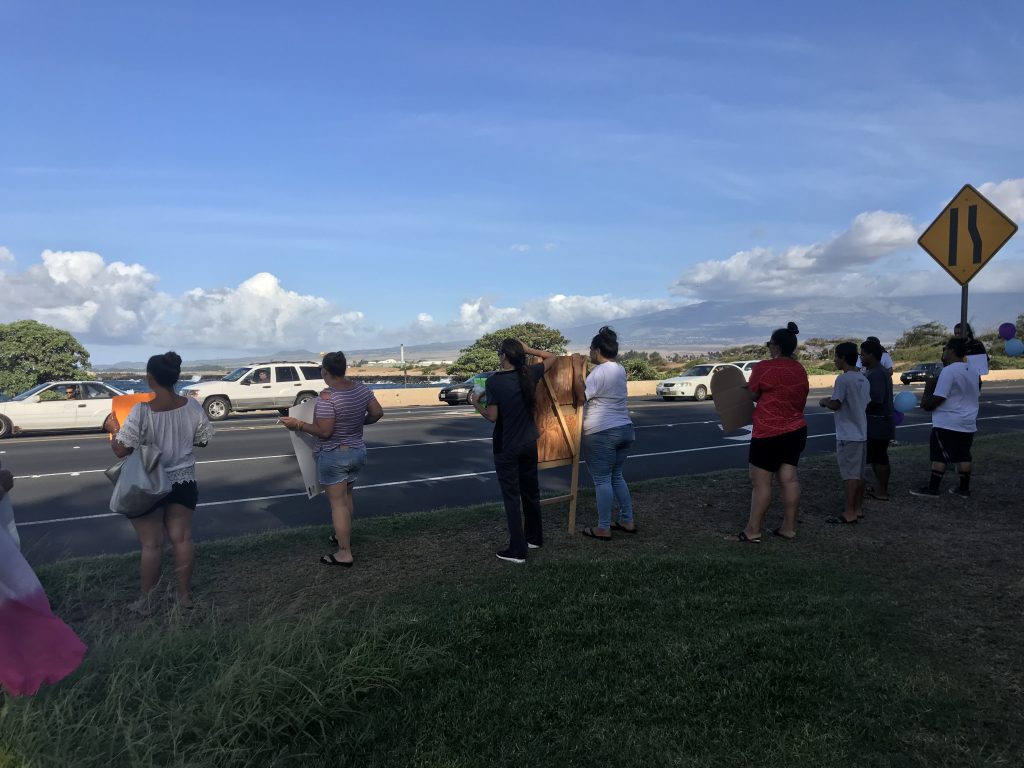 Kalae Kaeo never imagined that she would lose her son to suicide.

“I cannot even explain it,” Kaeo said during a suicide awareness sign-waving she organized on Tuesday in honor of her son, Martin “Puki” Lopaka Nai Jr.

“He (Nai) seemed like he was alright, he was happy. He was super, super loving. He would always aloha everybody.”

Nai turned 21 just weeks before he took his life a year ago that day.

Dozens of friends and family members lined the outskirts of Keopuolani Park off Kahului Beach Road holding signs that read “#BreaktheSilence” and “#EndtheStigma.”

Kaeo decided to have the sign-waving near a part of the park family and friends now call “Pukiʻs Tree,” where Naiʻs body was found.

“I didnʻt want this place to be that for us,” Kaeo explained. “We live right around the corner, we gotta pass this place every day and I want it to be a place where my younger kids can come and have good memories.”

“This is how itʻs been since then,” Kaeo said, pointing to a group of giggling children playing around the tree.

But the tragic loss was not the first for Kaeo. Her brother, Kekoa Vasconcellos, also committed suicide back in 2003.

Vasconcellos was only 23 when he died.

“It happens more than people think it does,” Kaeo said. “Itʻs just something that no one talks about.”

According to state health officials, one person dies by suicide every two days in Hawai‘i.

“Our response requires a strategic and comprehensive approach through outreach, collaboration with stakeholders, and building and maintaining statewide relationships to ensure resources are available to those who need them most.”

With September designated as “Suicide Prevention Month,” county officials and organizations are hosting multiple events to educate the public on the issue.

Kaeo hopes her sonʻs story can do the same.

“We need to show that there is support for families who lost people, for people who need to reach out,” Kaeo said.