The Hawaii Department of Transportation (HDOT) in coordination with the Transportation Security Administration (TSA) and county agencies remind the public of the Oct. 1, 2020 date to obtain a REAL ID compliant Hawaiʻi driver’s license or State identification card with the “star in a gold circle” marking.

Every person traveling domestically on a commercial airline will need to present a REAL ID compliant credential or another acceptable form of identification by Oct. 1, 2020 pursuant to the REAL ID Act, which was passed by Congress in 2005. This law enacted a recommendation from the 9/11 Commission and established minimum security standards for state-issued driver licenses and identification cards.

The Act further prohibited federal agencies, including the TSA, from accepting state-issued driver licenses or identification cards that do not meet the minimum standards. 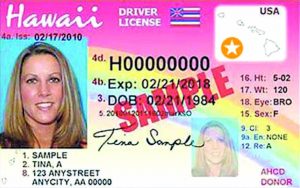 “We want people to know there is about a year remaining until the federal deadline to update your identification. While there is time, we don’t want people to wait until the last minute,” said Director Jade Butay, Hawaiʻi Department of Transportation. “People should also be aware the driver’s license is not their only option. There are various other acceptable identifications that will work to allow you on a plane.”

“Because the majority of people who travel on a commercial aircraft use a driver’s license as their form of identification at the TSA security checkpoint, now is the time to plan ahead to ensure compliance with REAL ID requirements,” said TSA Federal Security Director for the Pacific Jenel Cline. “Starting Oct. 1, 2020, TSA officers will be prohibited from accepting identification from a traveler that does not meet the REAL ID standards.”