Imua Family Services hosts their Halloween Edition of Battle of the Bosses on Monday, Oct. 28 at Mulligan’s on the Blue in Wailea from 6 to 10 p.m.

The event is an all-out music competition where leaders of major companies take the stage with a band of talented employees from all corners of their businesses, rock out for a live audience, and raise money for charitable causes. 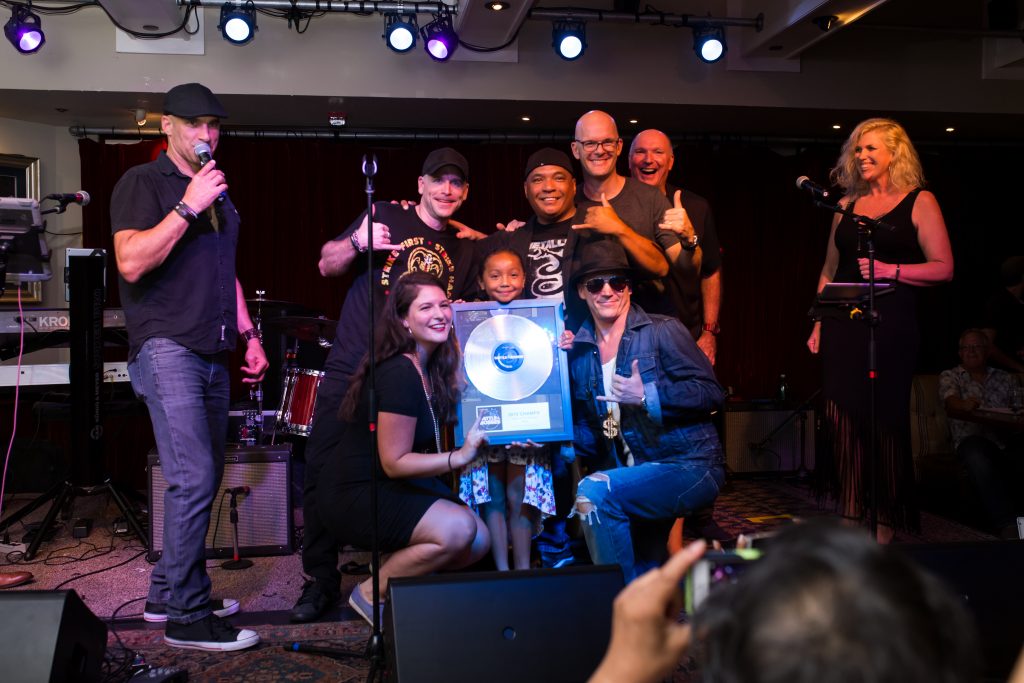 The event is derived from the idea that many business leaders have a connection with music and also seek opportunities charge up their staff, do something different and out of the box. The battle was conceived and created by SongDivision, which works with Fortune 500 companies in over 30 countries, using music to reinforce corporate values, strengthen company relationships, and build meaningful brands.

This year’s Battle of the Bosses will take on a Rocking Halloween theme. Bands will put last year’s title winner, The Four Season Resort Maui, up against newcomer’s from DeSilva Meeting Consultants. The nonstop rocking vibes include Rock n’ Roll Trivia, Live Band Karaoke and even a Lip Sync Battle so even the audience can get involved.

Last September at Fleetwoods in Lahaina, two bosses and their teams went head to head in an all-out rock band showdown for SongDivision’s first ever ‘Battle Of The Bosses,’ also a fundraiser benefiting Imua Family Services. Andaz Maui boss, Michael Jakovich and his band, made up of a solid crew of his finest employees and boldly competed against Martin Dell of The Four Seasons Maui Resort & Spa and their rockin’ crew. What surprised and delighted the audience was how good both bands were at getting people to their feet to cheer, dance, and sing along to recent and classics rock hits. Andaz Maui took the stage first performing epic numbers such as: “Unaware” by Allen Stone, “Tennessee Whiskey” by Chris Stapleton, and “Have You Ever Seen the Rain,” by Creedence Clearwater Revival. Later, The Four Seasons came out strong with “Ex’s & Oh’s” by Elle King, “Marry You” by Bruno Mars, and “(You Gotta) Fight for Your Right (To Party!)” by the Beastie Boys.

In the end, three judges, which included Bonny Wilson of OnMaui Magazine, David Wiltzie from Mana’o Radio, and Nashville session musician Jeff Bowen, made the difficult decision and named The Four Seasons the 2018, and first ever, winners of the Battle of the Bosses.

Battle of the Bosses 2019: Halloween Edition, at Mulligan’s on the Blue is open to the public as well. Presale tickets are $30 through the Imua Family Services Website (imuafamilyservices.org) or $40 at the door. Tickets include two drinks and all proceeds will benefit Imua Family Services.

MC for the evening will be SongDivision’s John Lombardo, who has toured with the likes of Nirvana and Smashing Pumpkins. In his words, “employee participation is integral to creating a fun, supportive atmosphere and reinforcing the purpose of the event – we guarantee the audience will have as much fun as the bands on stage.”