The existing drought conditions are expected to be eliminated by the end of the wet season, which runs from October 2019 through April of 2020.

That’s the conclusion reached in the annual Wet Season Outlook for Hawaiʻi issued by the National Oceanic and Atmospheric Administration’s Climate Prediction Center.

The consensus of climate models favor above average rainfall through the wet season.  This projected pattern suggests a possibility of cutoff low-pressure systems that can produce intense rainfall, especially when combined with expected above average sea surface temperatures, according to NOAA experts. 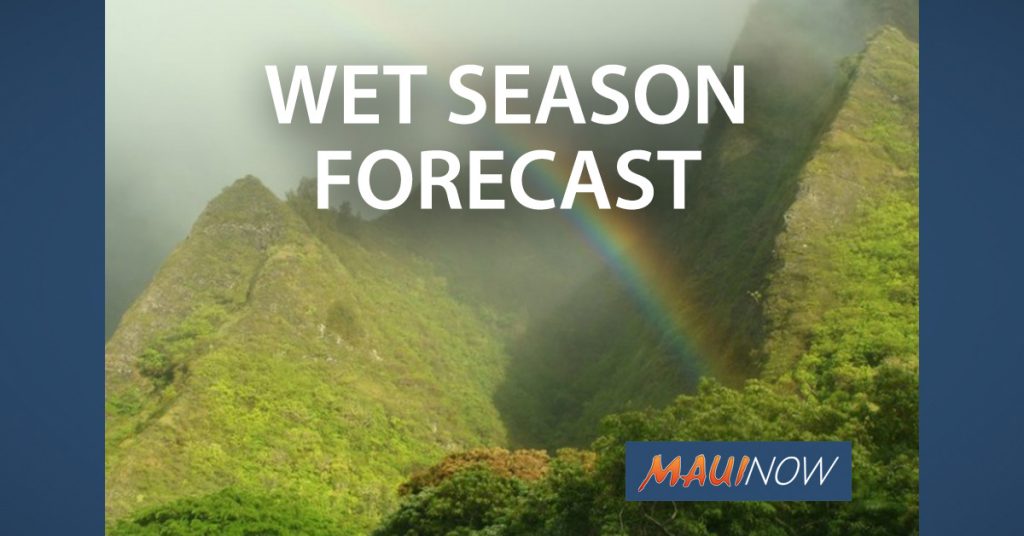 For the dry season, which began in May and concluded in September 2019, many locations in Hawaii had above average rainfall.

NOAA states that the early start to the dry season, due to the effects of El Niño in early 2019 resulted in moderate to severe drought in all four counties in early May.

Drought conditions on Kauaʻi and Maui were lifted following an unusual June storm; but dry conditions in Maui County from July through September “brought the drought back quickly.”

Drought conditions on small portions of the Big Island and Maui reached extreme levels of D3 categories according to the US Drought Monitor map. This mainly affected ranching operations and contributed to an increase in brush fires, according to the report.