Nēnē Downlisted From Endangered to Threatened 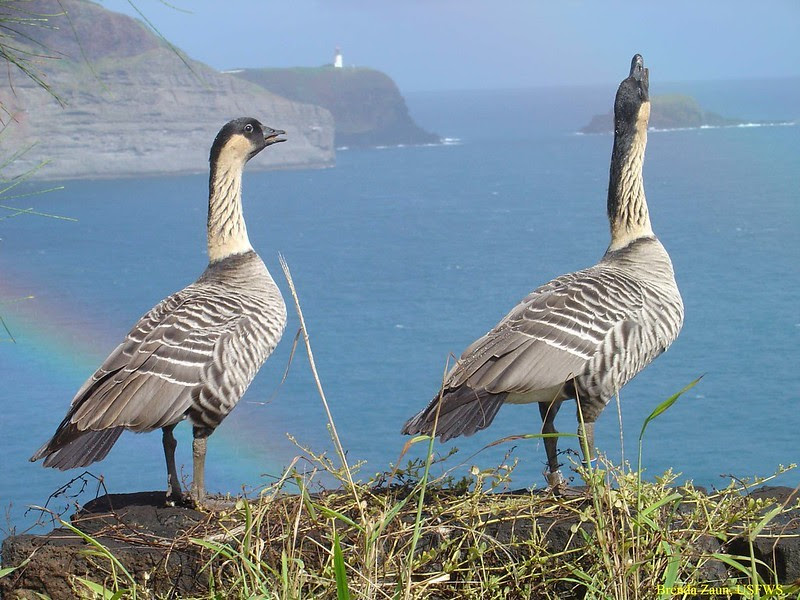 Nēnē at Kīlauea Point on Kauaʻi. NWR. PC: US Department of the Interior.

Hawaiʻi’s state bird, the nēnē goose, was officially downlisted from endangered to threatened during a ceremony at Pearl Harbor National Wildlife Refuge over the weekend.

In the mid-20th century, there were fewer than 30 nēnē in the wild on Hawaiʻi Island, and another 13 birds in captivity.  The nēnē was listed as an endangered species in 1967 and in the decades following, nearly 3,000 captive-bred birds were released at more than 20 sites throughout the main Hawaiian Islands.

Federal officials say the release of captive-bred nēnē on national wildlife refuges, national parks and state and private lands has saved the species from imminent extinction. As a result, the US Fish and Wildlife Service has finalized a decision to downlist the nēnē under the Endangered Species Act.

Today, there are more than 2,800 birds with stable or increasing populations on Kaua‘i, Maui and Hawaiʻi Island and an additional population on Moloka‘i.

“Today’s announcement highlights the progress the Endangered Species Act intends to deliver,” said US Secretary of the Interior David Bernhardt. “Through collaboration and hard work the nēnē is out of intensive care and on a pathway to recovery.”

“While we pause to celebrate this hard-won milestone for Hawaiʻi’s state bird there are many more species, plants, and animals, here in Hawaiʻi that are equally imperiled as the nēnē once were,” said Robert Masuda, the First Deputy for the Hawaiʻi Department of Land and Natural Resources. “Hawaiʻi is the endangered species capital of the nation with over 500 federally-listed threatened or endangered species and which will all need equal attention and effort from all of us to reverse their current courses toward extinction.”

U.S. Senator Brian Schatz (D-Hawai‘i) said, “The recovery of the nēnē shows how the Endangered Species Act is supposed to work. With a science-based recovery plan and a strong partnership between the state and federal governments, the species has gradually rebounded. We have a long way to go before the nēnē is completely recovered, and it will require continued protections, but this is an important milestone. I thank the Fish and Wildlife Service, the Hawai‘i Department of Land and Natural Resources, and the many environmental organizations and volunteers who have worked to save our iconic state bird.” 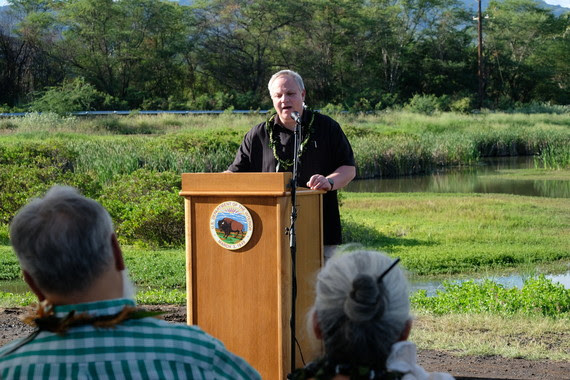