The honu, named Pualani (in recognition of partners at Hawaiian Airlines), was rescued in late November when it was found entangled in fishing line.

The MOC reports that the line was wrapped around the turtle’s neck, right front flipper, and its right hind flipper. “Unfortunately, the line was deeply embedded in the front flipper resulting in severe damage and requiring surgery by our partners at NOAA Fisheries in Honolulu,” MOC said in a press release.

With the help of Hawaiian Air Cargo, the team was able to ship Pualani to Honolulu quickly for surgery; however, due to the severity of the injury, Pualani’s flipper required amputation.

The veterinary team at NOAA performed the surgery and in a few weeks, Pualani was cleared for release and flown back to Maui.

Pualani has the tag ‘MA02’ on the side of her shell for identification.

Anyone who happens to come across her while snorkeling, is asked to report the sighting by calling (808) 286-2549 or emailing at [email protected] 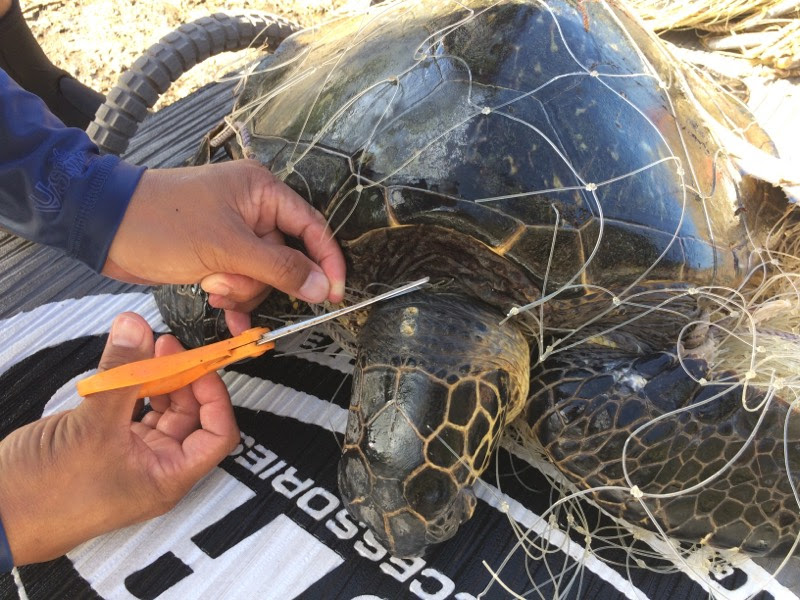