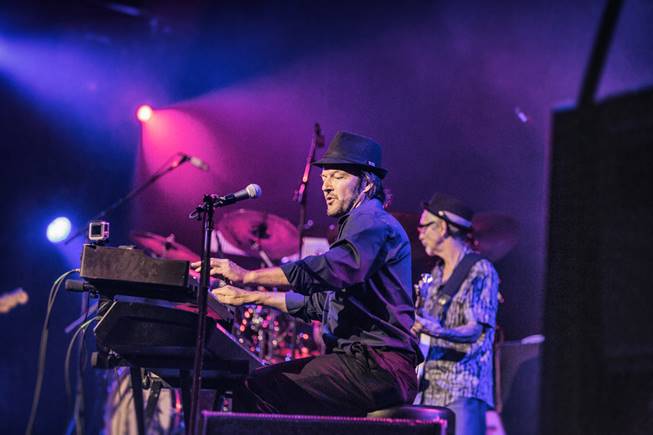 Pāʻia resident, Mark Johnstone was raised on the East Coast, and first started playing music at age four by sneaking into his older sister’s room to play her electric piano. He studied classical piano with various teachers until the age of 12, when he discovered the guitar, and began taking lessons from his father. After high school, Johnstone enrolled in the Berklee College of Music, where he went back to studying the piano.
​
Johnstone can now be found playing keyboard and guitar all over Maui, and is currently the keyboardist for the Grammy-nominated Mick Fleetwood Blues Band. Johnstone also has his own band called Wavetrain, which performs regularly at Charley’s in Pāʻia.
​
Jazz at The Shops is a complimentary music event that occurs on the first Wednesday of every month from 5:30 to 7 p.m.  In a continued effort to give back to the community, The Shops at Wailea supports a different Maui non-profit each month with a portion of the special event parking fees going to the selected charity. The non-profit recipient for the month of January is Maui United Way, whose goal is to lead in uniting partners to provide a thriving, sustainable quality of life by effectively addressing Maui’s most vital needs through the impact areas of Education, Income and Health.

The Shops’ special events are designed to enrich the community through exploration and discovery in the arts and music, while supporting local businesses and non-profit partners. The four-hour special event parking voucher is available for $5 and can be purchased at the non-profit’s parking table.