The facility is now being largely powered by renewable energy covering more than 55 percent of its electrical load. 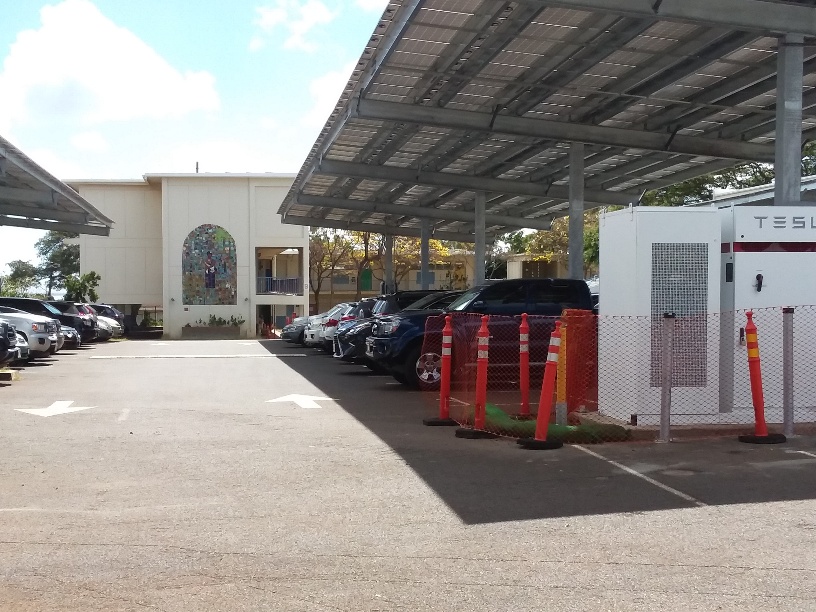 Each system is tied to a 210kWh Tesla Powerpak 2 storage component to ensure continuous power and seamless backup to the existing emergency generating systems. The two systems total 290.97 kW (DC) with total energy production estimated at 435,650kWh per year. Company representatives say this is equivalent to 34,665 gallons of gas or avoided greenhouse gas of 107 tons of landfill waste, or carbon sequestered by 5,094 trees for 10 years.

The systems also includes EV charging stations for up to four vehicles that are managed by a web-based app that controls access, availability and power usage.

“This unique installation, a combination of roof and canopy, battery storage and EV charging stations, encompassed various technologies, equipment and installation methods and was designed to maximize the energy production to best meet the needs of this important facility,” said Bob Johnston, Hawaiʻi Pacific Solar’s president and chief executive officer.

The Maui projects were the first utility-scale solar projects on the Valley Isle. The two projects supply nearly six megawatts of solar power to Maui Electric’s grid at a price of 11.06 cents per kilowatt-hour, according to the company website.