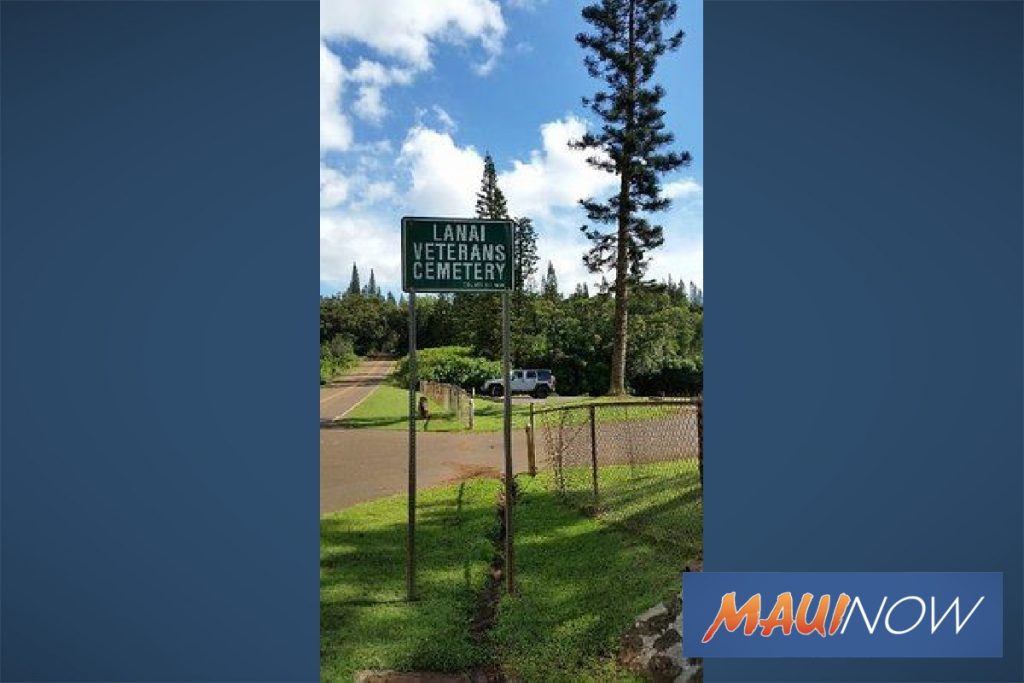 State dignitaries gathered on Saturday to mark the completion of a nine-year, $600,000 project at the Lānaʻi Veterans Cemetery.

Various governmental agencies were recognized during the open house, but officials say the “motivation and purpose behind the improvements were Lānaʻi’s Veterans and their families.”

The state Department of Defense, Accounting and General Services, and the Office of Veterans’ Services worked with Maui County’s Department of Public Works  and the Veterans Administration to complete the updates.

The “prime” and lead civil engineer of the project was Warren S. Unemori Engineering.

“The aesthetic improvements are a coordinated effort with the Veterans Administration for cemeteries to have a professional appearance to honor our veterans at their final resting place,” Hara said in a press release.

“To the Maui County, Deparment of Public Works, Highway Division, led by Mr. John Smith and Mr. Robbie Sanches, the Lāna‘i District Supervisor, mahalo for your support during the entire project and for keeping this cemetery in such a pristine state. The cemetery upgrades along with your maintenance team’s commitment to excellence, serves Lānaʻi’s veterans and their ʻohana well.”

The scope of work included: