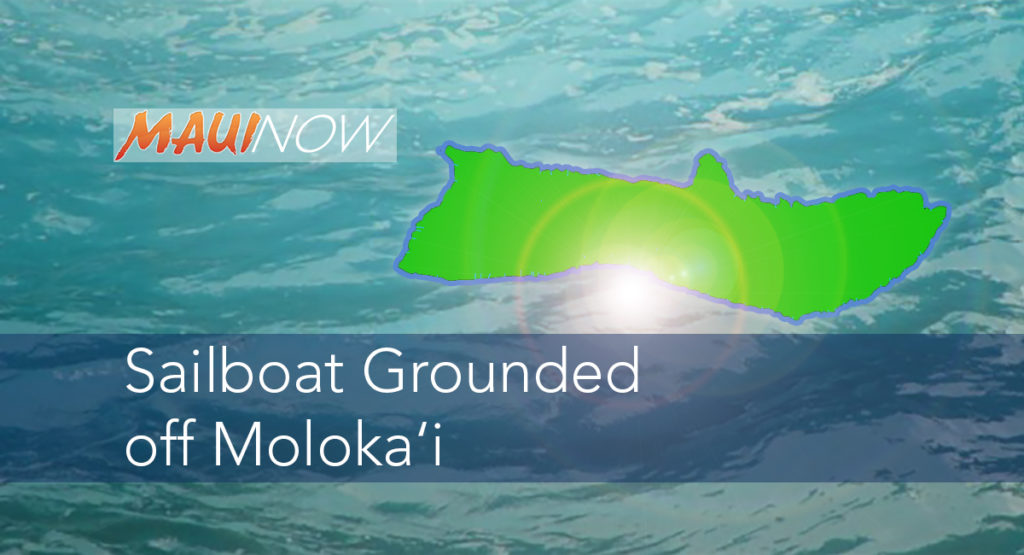 Maui fire and Coast Guard crews responded to a grounded vessel off of Hale o Lono Harbor on Molokaʻi on Tuesday night.

Upon arrival, personnel located a 36-foot sloop vessel that had it’s keel grounded next to the breakwall.

Two individuals confirmed on board were not in need of any medical attention.

Authorities say those aboard were able to free the vessel and proceeded into the harbor channel area where it was anchored overnight.

Initial reports indicated that there was no apparent fuel or oil leaking and the vessel’s hull did not sustain any damage.

Units responding to the scene included the Maui Fire Department’s Engine 9 and a Coast Guard helicopter.  Responding crews left the scene at 8:33 p.m.