“Developing the ability to test for the COVID-19 virus here in the state of Hawaiʻi has been a high priority,” said Gov. David Ige during an afternoon press conference held in coordination with the state Department of Health.  Hawaiʻi is now one of 40 states that has the ability to do testing for COVID-19.

The press conference was followed by a behind-the-scenes tour of the state lab at Pearl City on Oʻahu.  Two people that were under investigation ended up being negative, according to state officials.

“We do have three individuals who are currently under investigation–one from Oʻahu, one from the Big Island and one from Maui,” said Dr. Bruce Anderson, Director of Health in Hawaiʻi.  State officials say testing on those individuals is taking place today.  As of mid-day, there were still no confirmed COVID-19 cases in Hawaiʻi.

“We can now turn over the results very quickly.  We actually were able to in a few hours, get the results back last week when we had our first testing experience. That’s a huge advantage for us,” he said.  “Normally it would take about a week or so for us to send a sample to the Centers for Disease Control, and then get the results back.”

“The disease is now known to be widespread in other countries–Iran, Iraq, Japan, South Korea and Italy–are all areas where the disease is circulating, and places where we should be concerned if people are going and coming back and becoming ill,” said Dr. Anderson.  Hawaiʻi now has the ability to test people who have been exposed in those areas as well as China.

The state also now has the ability to test people who have illnesses of undetermined origin–respiratory illnesses–that may be infected locally.

In all cases, people will have to go to a physician, who orders the test to be done.  State health officials say they don’t know how many tests they will be doing.  With the expanded testing criteria, health officials say there will be an increase in the number of Persons Under Investigation.  “Don’t be alarmed.  It doesn’t mean we’re seeing a lot more disease here.  It means we’re doing more tests and there are more people under investigation because of this expanded criteria,” said Dr. Anderson.

The FDA must approve any test that’s done, including the tests that the CDC has developed and provided to Hawaiʻi.

“They’ve recently allowed for private labs to do testing, and we are going to be working with the private labs to see that they develop the test in a way that’s reducing errors–that they’re specific and sensitive,” said Dr. Anderson, noting that the state will be looking into that possibility in the future in an effort to expand testing capabilities.

“The CDC has developed a test very rapidly, in my opinion,” said Dr. Edward Desmond, Administrator, State Laboratories Division.  “I’ve been in this field long enough to be quite impressed that when a disease emerges in December and we have a rapid and accurate laboratory test before the end of February, this is a very quick development of a molecular test, which is very well suited to the laboratory response network and uses the test platforms that our staff are trained in using these platforms, so we can do a quick and accurate testing.”

“Now that we have verified that the test works well in our hands, with the cooperation of the Laboratory Preparedness and Response Branch and the Medical Microbiology Branch, we have a capacity of testing up to 250 samples per week,” said Dr. Desmond.  “The samples that we test will respond to all the needs of our Disease Outbreak Control Division,” which helps the department to determine which cases are suitable for testing.

“This is a very rapidly evolving situation,” said Dr. Desmond, “and so I just learned today that CDC is making test kits available to the private sector.  So we have an evolving responsibility… We want to make sure that the private sector–when they begin to do testing–that they do it accurately.”

One of the requirements of the FDA for this Emergency Use Authorization is that the private sector laboratories send their first positives to a laboratory which already has a verified procedure.  “So we will ask that they send from other laboratories in Hawaiʻi that are beginning to do this procedure–send their first positives to us, and we’ll help them with their quality control,” said Dr. Desmond.

The first step in the process is the collection of a nasal and oral pharangeal swabs; those swabs are collected and placed in a viral transport medium and brought to the laboratory. The testing procedure itself takes three to four hours.

The first step is to extract the viral nucleic acid.  The lab is looking for the viral RNA and can detect even trace amounts by doing an amplification procedure called PCR (polymerase chain reaction).  Then the presence of the amplified DNA is detected by fluorescent probes, using a specialized instrument–a realtime PCR instrument. The lab runs positive and negative controls to make sure that the batch of tests work properly.  Part of the process is also the reporting.

“We can detect a very small amount of the virus by amplifying its nucleic acid–its genetic material–and detect it using quite a sophisticated instrument, which we’ve had for quite a while at our Laboratory Preparedness and Response Branch,” said Dr. Desmond. 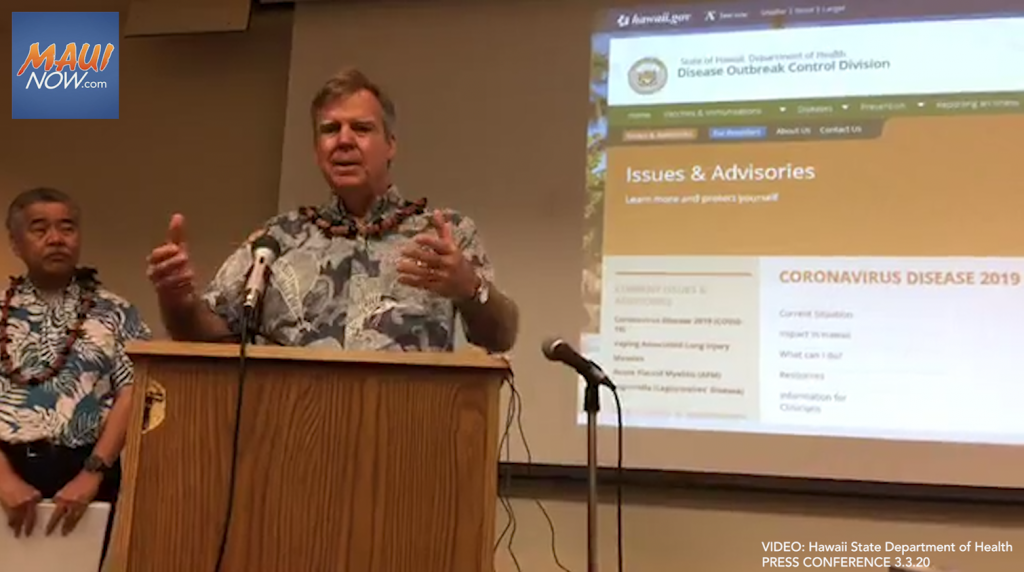