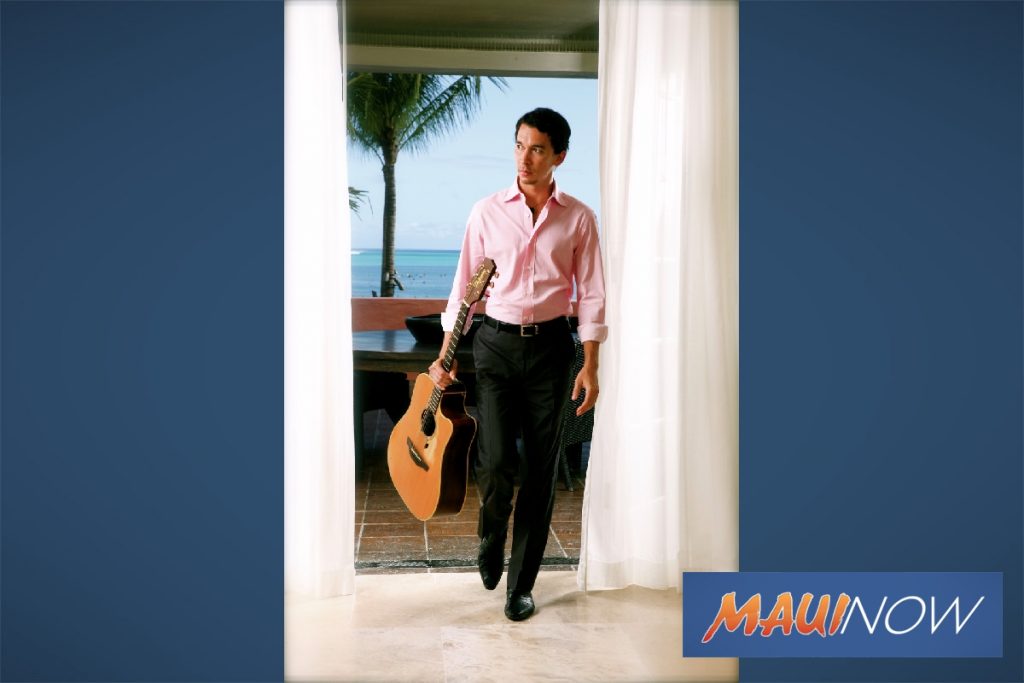 The Shops at Wailea is welcoming back internationally renowned slack key guitarist Makana to Concerts at The Shops, with a performance on Wednesday, March 18.

The free concert at The Shops at Wailea will be held from 5:30 p.m. to 7 p.m., with a portion of the special event parking fees benefiting Maui Humane Society, The Shops’ non-profit partner for the month of March.

Hawai’i born and raised Makana is globally recognized for forging his own music style which he calls “Slack Rock”— a hybrid of slack key, blues, and bluegrass. A protégé of various Hawaiian slack key legends, Makana uses more than a hundred tunings to fashion a massive, resonant, symphonic sound. He was voted one of the Top Three guitarists in America in 2008 by Guitar Player Magazine and described as “the greatest living (slack key guitar) player” by Esquire Magazine. His latest single, “See You on the Mauna,” was inspired by the protectors of Mauna Kea and described by Makana as “a tribute to all ‘āina kia’i.”

Makana has supported the acts of music legends ranging from Santana and Sting to Jason Mraz, Joe Walsh of The Eagles, Bad Company, Leon Russell, Chris Isaak, Chris Botti, Elvis Costello, Common, Gotye, Jack Johnson and many others. His music has been featured on three Grammy®-nominated records including the soundtrack for Academy Award-winning film The Descendants.

Concerts at The Shops, which features headlining musicians from all the Hawaiian Islands, is a free monthly concert that benefits a different non-profit each month.

This community event occurs on the third and fifth Wednesday of every month, and is currently hosted in the upper level luxury wing, with select tenants featuring special offers on event days.