President Calling for Gatherings of No More Than 10 People

President Donald Trump and members of the Coronavirus Task Force hold a press briefing. In his address, the president called for gatherings of no more than 10 people over the next 15 days, recommended schooling from home when possible and asked the public to avoid discretionary travel.

“It’s important for the young and healthy people to understand that while they may experience milder symptoms, they can easily spread this virus and they will spread it indeed, putting countless others in harms way.  We especially worry about our senior citizens,” said President Trump at the briefing.

“It’s incredible what’s happened in such a short period of time,” said President Trump.  Based on the guidelines of the Task Force, he said, “We’ve made the decision to toughen the guidelines and blunt the infection now.  We’d much rather be ahead of the curve than behind it.”

“Therefore, my administration is recommending that all Americans including the young and healthy, work to engage in schooling from home when possible; avoid gathering in groups of more than 10 people; avoid discretionary travel; and avoid eating and drinking at bars, restaurants and public food courts,” said President Trump.

“If everyone makes these critical changes and sacrifices now, we will rally together as one nation and we will defeat the virus,” he said. 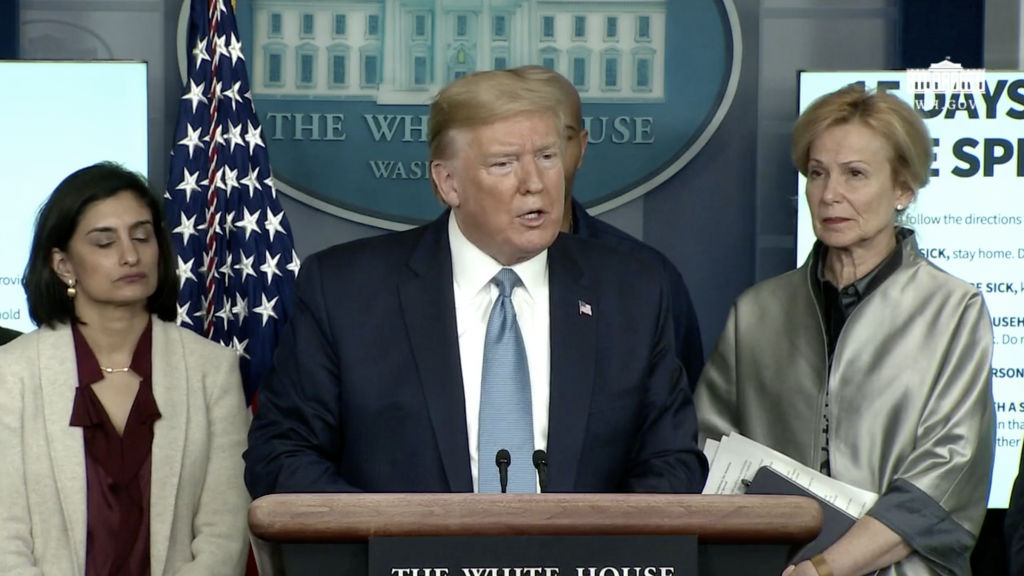