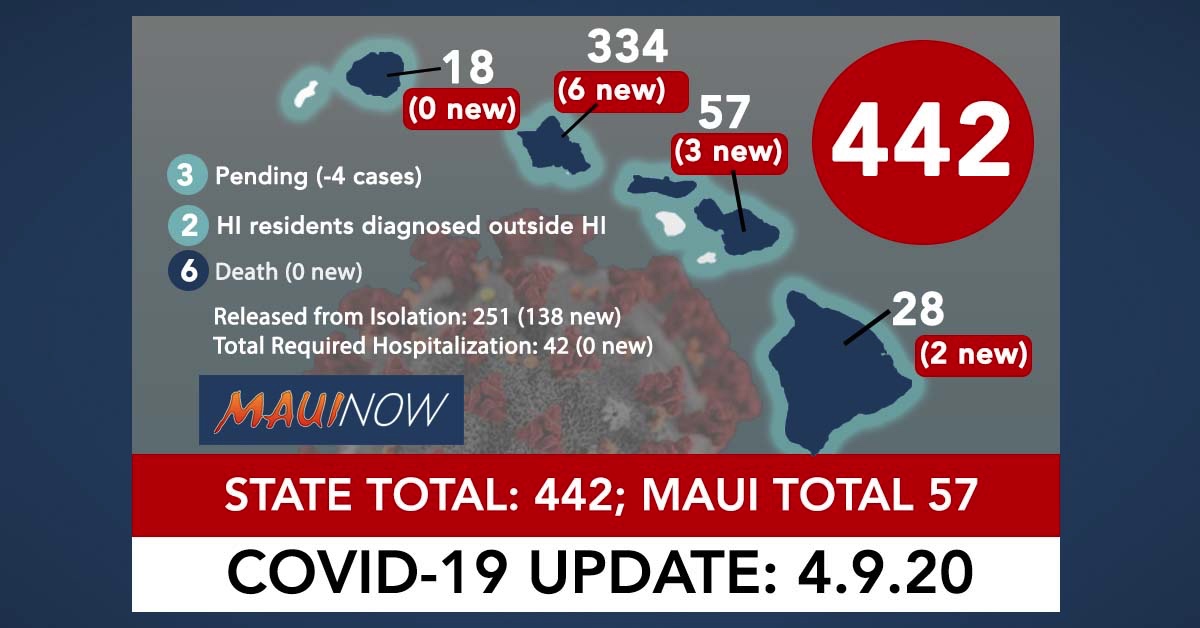 The Hawaii State Department of Health reports that there were 251 individuals released from isolation; and 42 cases that have required hospitalization.

Maui County has 3 new cases for a total of 57 confirmed positive. Of the 57 cases in Maui County, at least 31 have been released from isolation, and 5 have required hospitalization.

On Wednesday, county officials announced that there is a cluster of 15 COVID-19 positive cases identified in employees at Maui Health. The 15 cluster cases on Maui are not new and were accounted for in earlier totals.

The Maui positive count includes a resident of the rural community of Hāna in East Maui and two residents of Molokaʻi.  The Island of Lānaʻi in Maui County continues to have no reported cases.