HSTA President Corey Rosenlee and other educators held a news conference this afternoon to address the governor’s reported plans to cut the pay of educators and other public employees in the state.

The Honolulu Star-Advertiser reports that “Ige’s proposal would impose a 20% salary cut on most public employees including teachers as early as May 1, and a 10% cut in pay for first responders such as police officers, firefighters, nurses, and emergency medical technicians.”

The publication reports that the HSTA and other public sector unions were informed of the pay cut proposal in a meeting at the state Capitol on Tuesday.

Rosnelee called the cuts “draconian,” and said that during this crisis first responders “should be getting hazard pay, not pay cuts.”  He said the “worst thing you can do during an economic downturn is restrict the money supply.”

“I am terrified what this is going to do to our teacher force… we don’t have the subs now,” said Rosenlee.   “I think for a lot of our teachers… They’re panicked; They’re scared; They don’t know how they’re going to pay for things like food or rent.”

Among the teachers speaking today was Jodi Kunimitsu a math teacher at Maui High School who is married to another educator who works at Baldwin High School.

“When we first heard about the pay cuts last night, we were extremely disappointed. We feel like there should be other options looked at before we look at cutting peoples’ pay obviously–and especially for teachers and first responders, because as we go through this pandemic right now, we are the ones who are trying so desperately to maintain a sense of normalcy for our students and for our citizens,” said Kunimitsu.

“We just don’t understand why we would be looked at first as far as trying to balance the budget.  It always seems like the budget is trying to be balanced on the backs of the most essential workers,” said Kunimitsu.

“As far as how this will affect us personally, we have a young son…  We don’t have any family here to help watch him.  So once we go back to school, we need to have our sitter there, available to watch him.  But the amount of the pay cut would equal the amount of his childcare,” said Kunimitsu. “So decisions like that having to be made, how are we going to figure out our monthly budget–it’s stressful to say the least.”

HSTA representatives say the process would normally involve conversation and would have to go through collective bargaining.

There are an estimated 14,000 teachers who could potentially be impacted across the state.  HSTA says the average salary of a teacher in Hawaiʻi is $65,000.  Teachers are currently in the third year of a four-year contract with a step increase of approximately 3% this year.

Rosenlee said he is still hopeful that the cuts don’t go into effect and is asking the governor to consider the information provided today by the HSTA and its members.

Rosenlee said, “I think the best thing is that this is ‘the education governor’ and we have worked with him before.  We endorsed him before because he has said how important education and teachers are.  I think what we are asking for has not been implemented yet.  I think that we’re hoping that in this period of time, that he will have a chance to see the potential damage and work with legislators both at our state and federal level so that this does not have to occur.

“Although Governor Ige has the unilateral authority to impose furloughs and salary cuts, we do not agree with such action. We urge the Governor to obtain better data and analysis before he makes this decision. We also urge him to act on all alternatives, just as the National Governors Association did when it called on Congress four days ago to provide an additional $500 billion to the 50 states to stabilize state budgets due to tax revenue shortfalls.  Although we disagree with Governor Ige’s proposal, the Legislature will work with him to assess and pursue all options.”

“To all my fellow employees of the State of Hawaiʻi. These are very challenging times, and your efforts and dedication are helping to shepherd our community through the COVID-19 crisis. Many of you were informed recently by your union or read the news reports of proposed budget cuts. Let me be very frank with you, due to this crisis the main sources of state revenue have been drastically reduced. And state government needs to look very different going forward. I have begun initial conversations with the Legislature and the unions that represent you, but no decisions have been made yet. These discussions are ongoing and we will keep you informed and updated on what this means for you in the days to come.

“I wish that I could speak to each of you personally and express my heartfelt thanks for your hard work and commitment to the people of Hawaiʻi. I am very proud of everything that we have accomplished. And I know that, together, we will defeat this pandemic and protect the health of our families, friends and neighbors. Take care of yourself. Take care of each other. And, most importantly, take care of our community.” 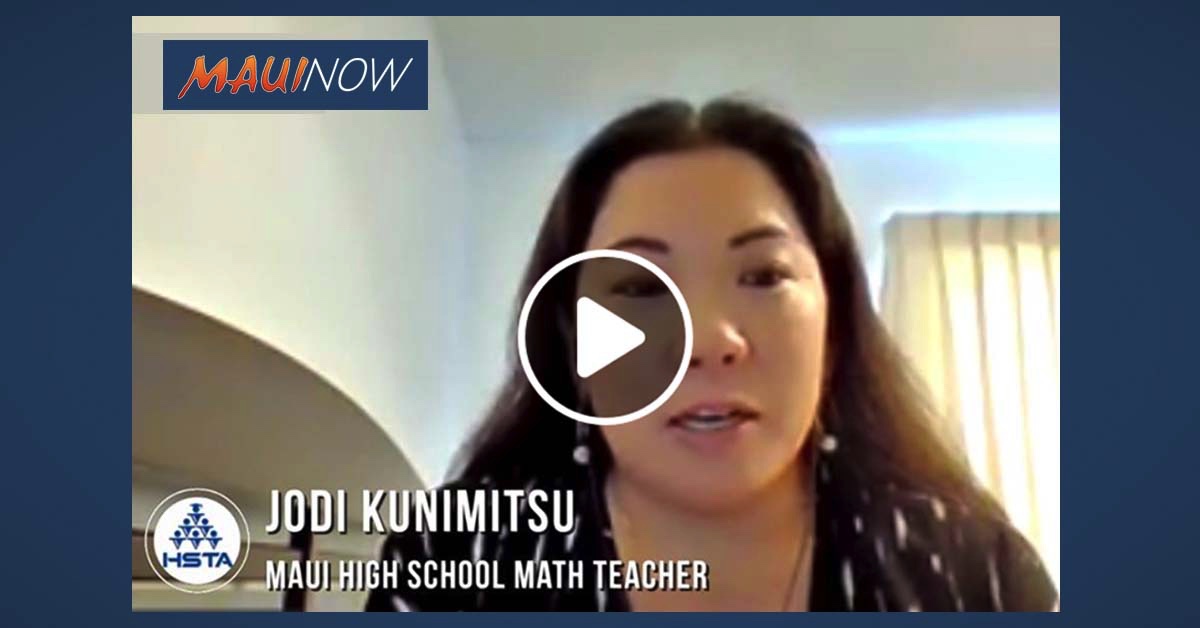