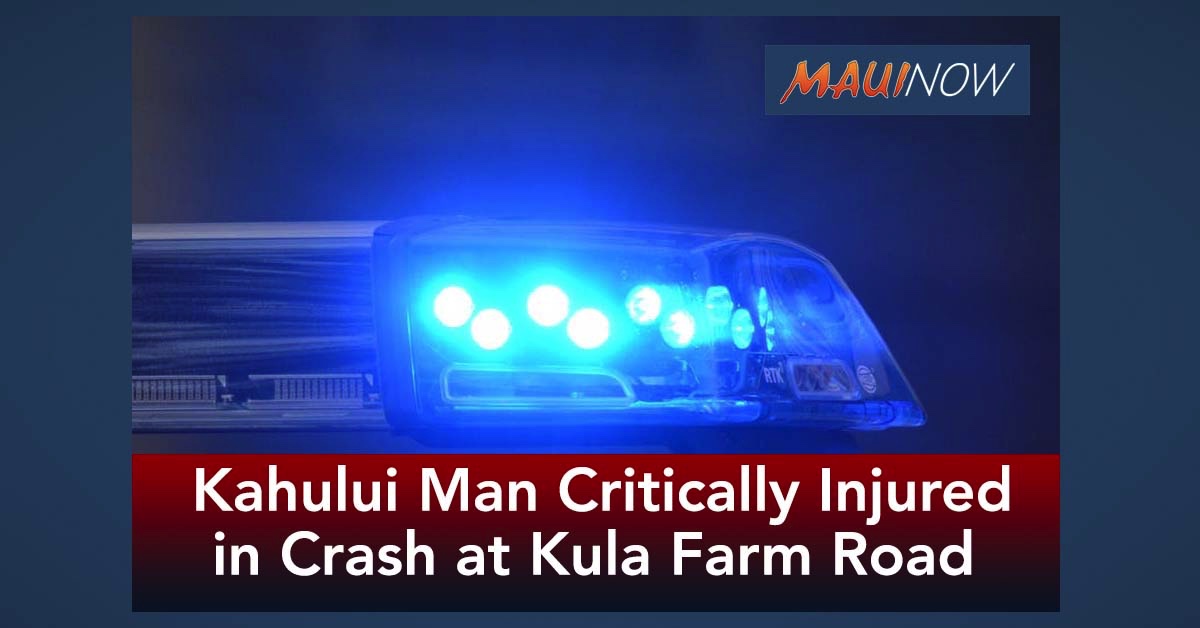 A 35-year-old Kahului man was transported to the Maui Memorial Medical Center in critical condition after sustaining injuries in a morning motor vehicle crash in Kula. The injured man was a passenger in the bed of a pickup truck.

Police say a preliminary investigation reveals a 54-year-old Kahului man was operating a 2004 Toyota Tacoma pick-up truck traveling north within the dirt farm road.  The man in the bed of the Toyota truck fell out while the vehicle was in motion, according to police.

The injured man was treated on scene by medics before being transported to the hospital.

“The investigation is ongoing; and police are trying to ascertain the possibility that the male who fell from the truck bed may have suffered a medical condition that caused his fall,” said Lt. William Hankins with the Maui Police Department’s Traffic Section.

The operator Toyota truck was utilizing his seatbelt at the time of the crash, while the man within the truck bed was unsecured.

The involvement of speed, drugs, and alcohol does not appear to be factors in this crash, according to police.

To date, there have been three fatalities on Maui County roads this year, compared to seven at the same time last year.