Father and Son Rescued After Becoming Separated from Kayaks in Olowalu 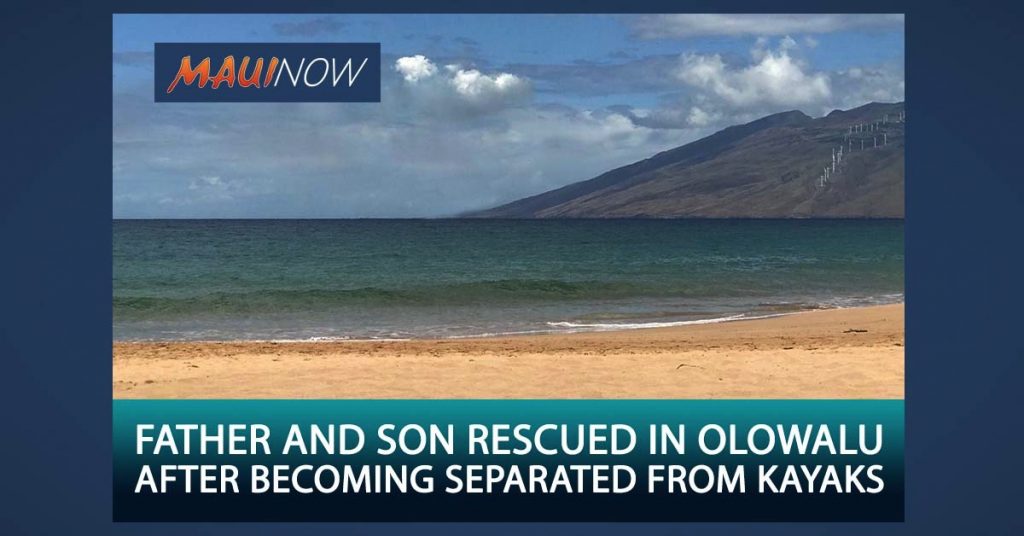 A 47-year-old man and his 11 year old son were rescued from waters off of Olowalu on Maui after failing to return from a fishing excursion aboard two kayaks offshore on Sunday afternoon.

The incident was reported via a 9-1-1 call at 4:05 p.m. on Sunday, May 3, by a family member who said the pair had not been seen from shore for about two hours.

A crew aboard the Fire Department’s Air 1 helicopter spotted the two kayaks unattended approximately seven miles offshore; and a crew aboard a rescue boat located a kayak paddle closer to shore.

A focused search area was defined, and all responding units systematically patterned their efforts, according to Maui Fire Services Chief Rylan Yatsushiro.

Approximately an hour into the search, personnel aboard a Jet Ski located the two missing individuals about a mile offshore.  They were both assisted onto the Jet Ski and brought back to shore where they were reunited with family. Both kayaks were retrieved and secured by a crew aboard the department’s rescue boat.

Both individuals were reportedly exhausted, but in good condition.  Officials say they are both residents of Maui.