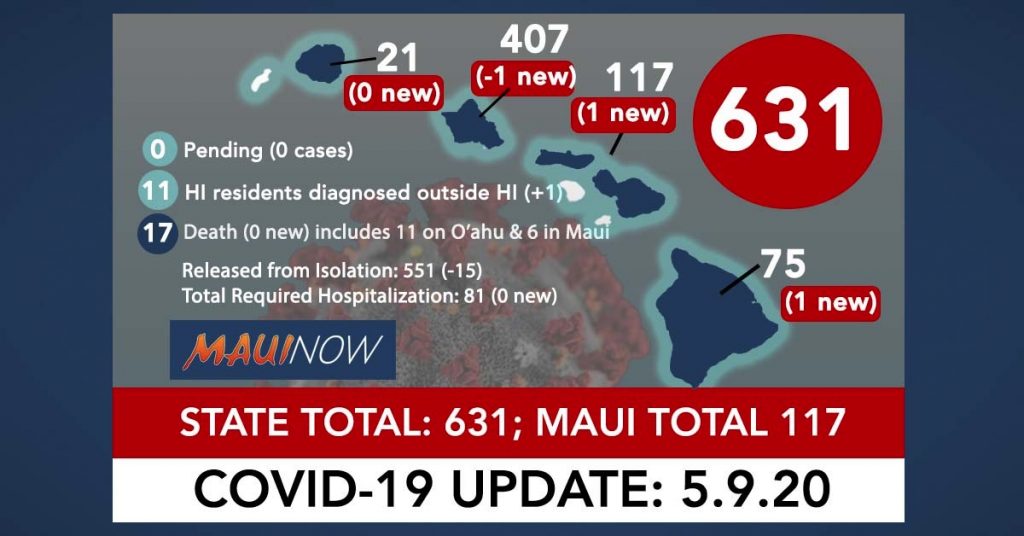 As of noon on Saturday, May 9, 2020, there are 631 cases of COVID-19 identified in Hawaiʻi with three new cases in the state, according to the state Department of Health.

To date, 551 people have recovered including 88 in Maui County. The state Department of Health notes that the cases that have died and one case that has left the jurisdiction have been removed from these counts.

**As a result of updated information and data cleaning, one case was removed from the counts (from Honolulu), and one case counted in Honolulu was re-categories to Hawaiʻi Island.

The Hawaiʻi State Department of Health reports that there were 551 individuals released from isolation; and 81 cases (13%) that have required hospitalization. A total of 571 patients (90%) were residents.

Maui County’s count is up by one from yesterday. Of the 117 cases in Maui County, at least 88 have been released from isolation, and 22 have required hospitalization.

As of today, there were more than 37,372 individuals tested by clinical and state laboratories.  Of that number, 36,741 were returned negative. In Maui County, a total of 6,745 tests were returned negative to date.  *(Note: The state Department of Health reports that a technical error in the ELR reporting resulted in over-counting of some tests over the past week. The issue has been corrected).

On Wednesday, May 6, Maui Mayor Michael Victorino offered some clarification on the Governor’s latest “Safer-at-Home” order for phased reopening of businesses in Hawaiʻi. County officials say retail and shopping malls in Maui County will not be opening on May 7th like many other locations across the state, and will instead open on Monday, May 11th.

On Tuesday, May 5, Governor David Ige unveiled details of his 7th Supplemental Proclamation, that allows for the next phase includes the reopening to include: non-food agriculture such as landscaping, floral and ornamental; astronomical observatories and support facilities; car washes; and pet grooming services. 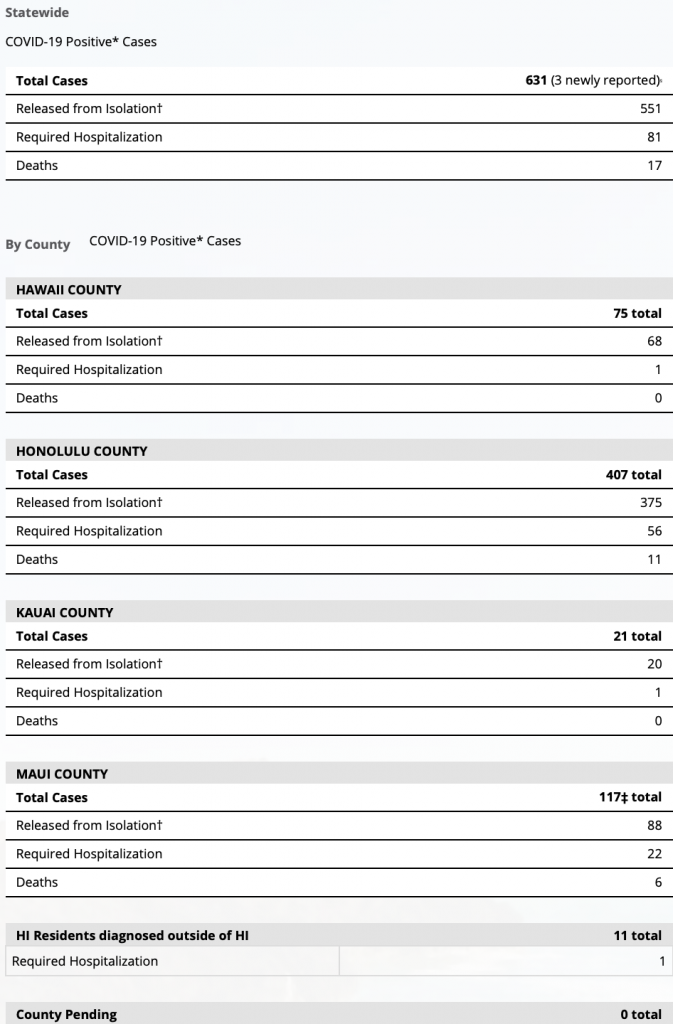 §As a result of updated information and data cleaning, one case was removed from the counts (from Honolulu), and one case counted in Honolulu was re-categorized to Hawaii.