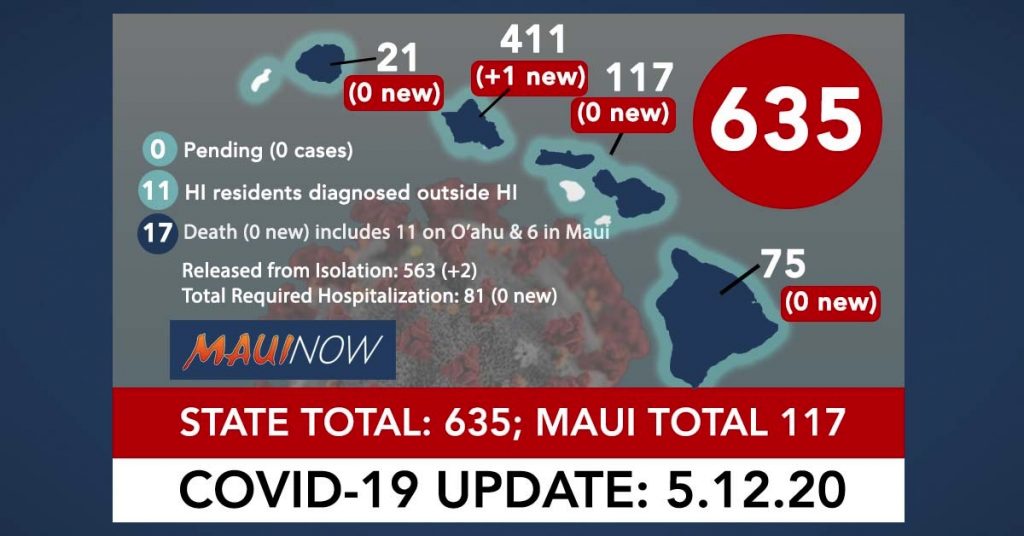 As of noon on Tuesday, May 12, 2020, there are 635 cases of COVID-19 identified in Hawaiʻi with one new case in the state on the island of Oʻahu. This new case involves an out-of-state resident who was screened at the airport and subsequently tested positive.

To date, 563 people have recovered including 92 in Maui County.

The Hawaiʻi State Department of Health reports that there were 563 individuals released from isolation; and 81 cases (13%) that have required hospitalization. A total of 574 patients (90%) were residents.

Maui County’s count remains unchanged from yesterday. Of the 117 cases in Maui County, at least 92 have been released from isolation, and 22 have required hospitalization.

As of today, there were more than 38,467 individuals tested by clinical and state laboratories.  Of that number, 37,832 were returned negative. In Maui County, a total of 6,825 tests were returned negative to date.  There were 44 tests returned on Maui since yesterday.  *(Note: The state Department of Health reports that a technical error in the ELR reporting resulted in over-counting of some tests over the past week. The issue has been corrected). 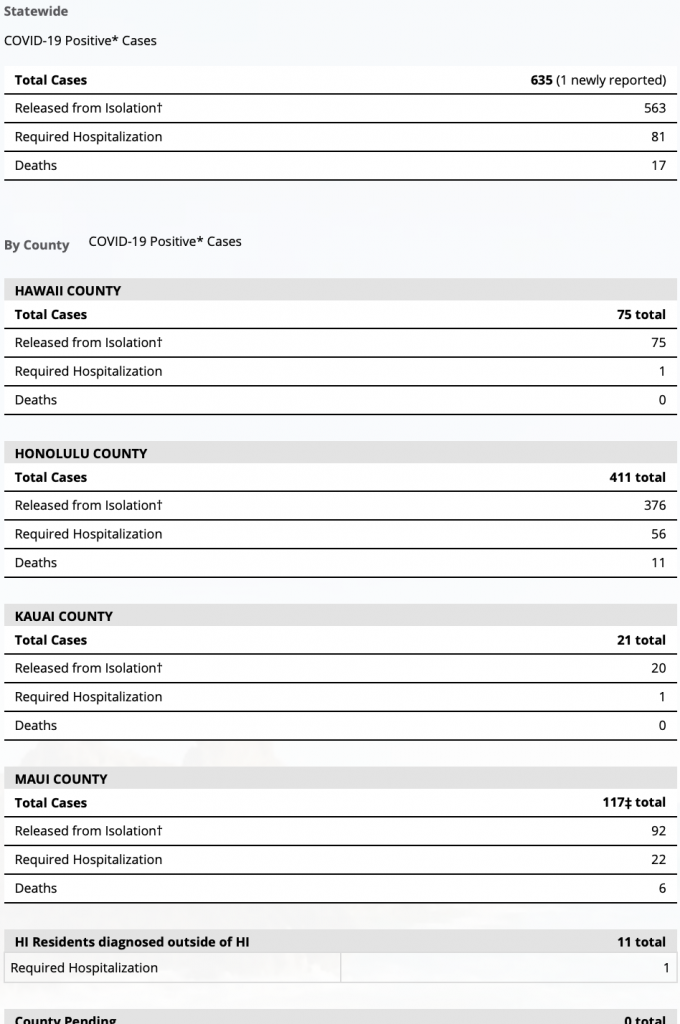