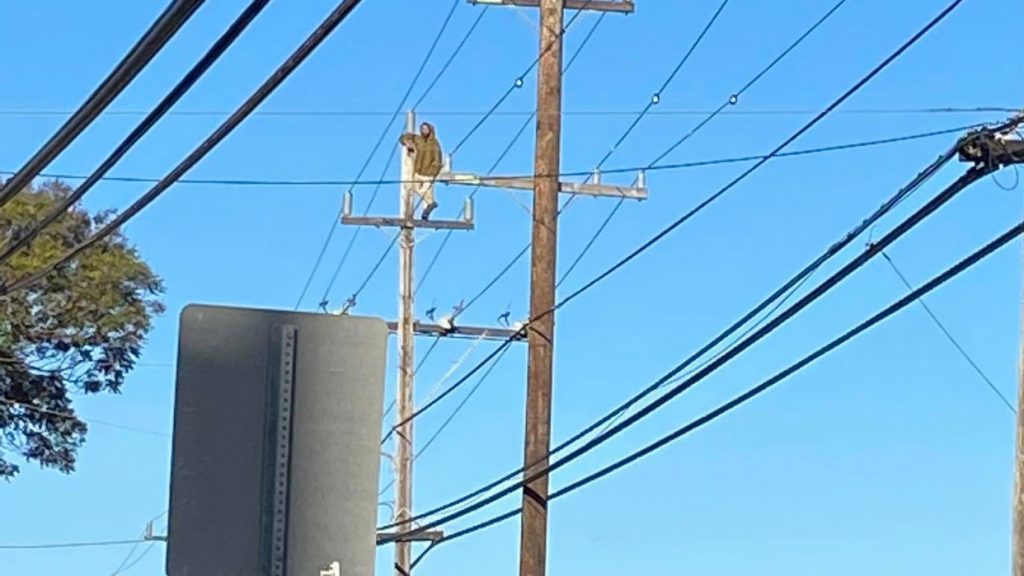 On May 12, 2020 at about 6:46 a.m., Upcountry Sector Officers were sent to the area 1100 Makawao Avenue, Makawao regarding an adult male, later identified as Tyler Stout (33) of Haiku, standing on top of a utility pole.

Upon police arrival Stout was on the very top of the utility pole, appeared upset, yelling and rambling about various topics such as the airport being closed and legal injustice. The roadway in the area was temporarily closed. Maui Electric (MECO) was contacted and de-energized the power lines.

Patrol spoke to and gained rapport with Stout, in efforts to have him climb down.  Shortly after, several Maui Police Department Negotiators arrived on scene and assisted in speaking to Stout.  At about 8:33 a.m., with the assistance of the MECO, Stout was brought down to safety.

Update:  (9:29 a.m. 5.12.20) Power is now restored to the Pukalani and Makawao area after lines were de-energized to ensure safe response to a situation along Makawao Avenue.

Previous Post: There’s a power outage in Pukalani and Makawao this morning due to Maui Police Department’s request to de-energize lines along Makawao Avenue.  There was a report earlier this morning of an individual on the top of an electric pole.  Police remain on scene. 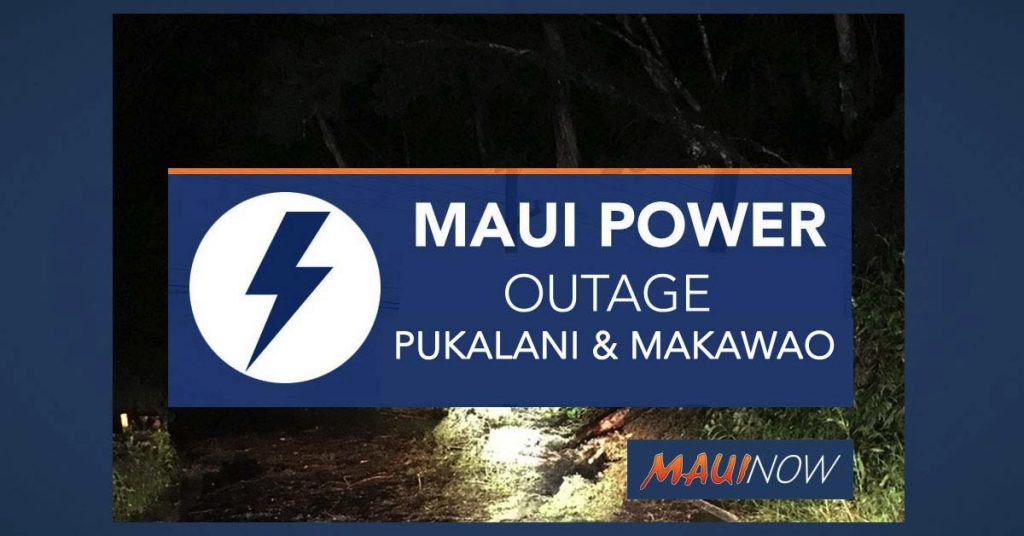