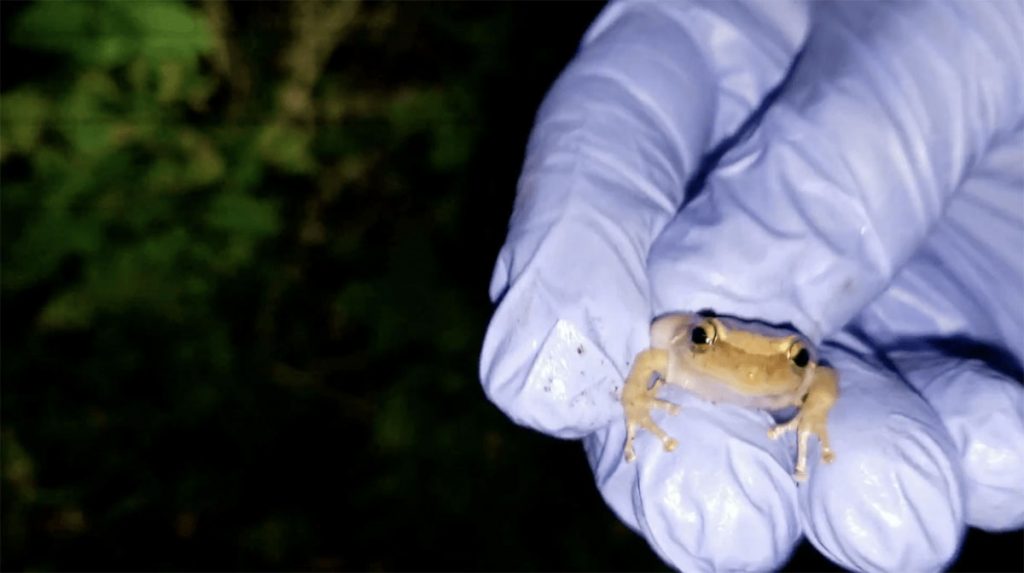 An outbreak of invasive coqui frogs reported in plants outside the Home Depot store in Kahului on Tuesday night, was identified and assessed before sunrise thanks to a social media post and rapid response from community members and experienced field workers.

After seeing the video posted on Facebook, a former coqui crew member with the Maui Invasive Species Committee reported the finding to her father, who is a longtime staff member and experienced MISC coqui field supervisor.

“Early Wednesday morning, before MISC could even start preparing to respond to the location, we learned that one of our awesome, longtime staff, Darrell Aquino, had quashed the outbreak,” according to Susan Frett with MISC.

According to Frett, Aquino went to the location at 10:30 p.m. on May 12.  By listening and whistling back to the frog, Aquino was able to track down and hand capture a single frog in the plants, which were labeled for sale outside of the nursery.  “Additionally, Aquino learned from the security person on site that the store manager had captured a second frog,” according to Frett.

According to MISC officials, the area where the frogs were found is currently quarantined and plants are not being sold from there.  “The Hawaiʻi Department of Agriculture is working with the nursery to quarantine and prevent the spread of coqui – infested plants. MISC and HDOA will continue to monitoring to ensure no coqui remain at this time,” said Lissa Fox Strohecker, Public Relations & Education Specialist with the Maui Invasive Species Committee.

MISC officials note that the male coqui frogs emit a loud two-toned call, but say, “unfortunately, other invasive species are not as vocal.”

The Committee advises that the public can help to limit the spread of invasive species in the following ways: 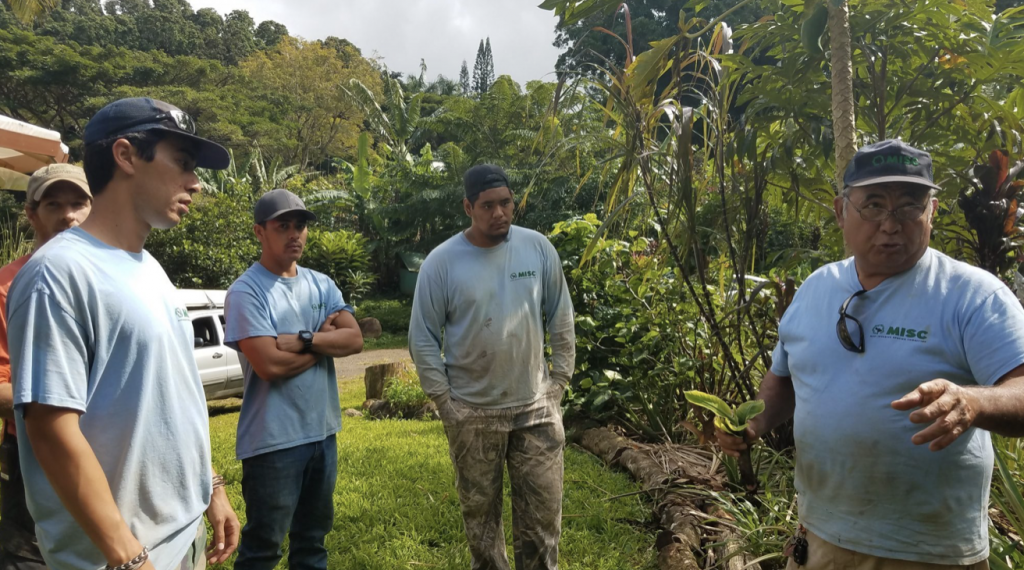