One New Case of COVID-19 on Hawai‘i Island; Nearly 91% Recovered in State 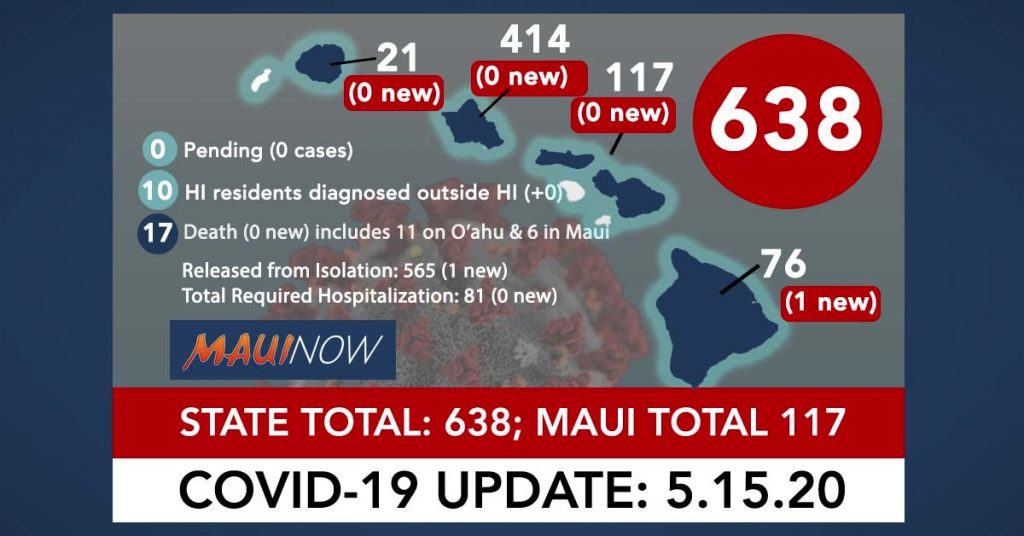 To date, 565 people (nearly 91%) have recovered including 93 in Maui County.  There are currently 56 active cases in the state.

The Hawaiʻi State Department of Health reports that there were 565 individuals released from isolation; and 81 cases (13%) that have required hospitalization. A total of 577 patients (90%) were residents.

Maui County’s count remains unchanged from yesterday. Of the 117 cases in Maui County, at least 93 have been released from isolation, and 22 have required hospitalization.

As of today, there were more than 40,990 individuals tested by clinical and state laboratories.  Of that number, 40,352 were returned negative. In Maui County, a total of 7,109 tests were returned negative to date. There were 251 new tests returned on Maui since yesterday.   *(Note: The state Department of Health reports that a technical error in the ELR reporting resulted in over-counting of some tests over the past week. The issue has been corrected). 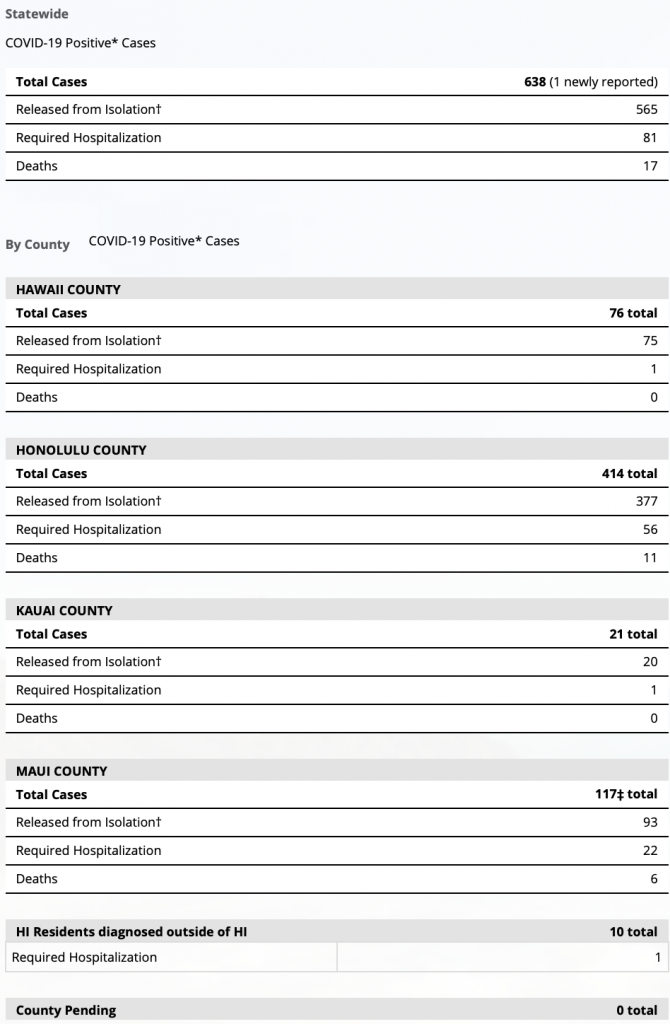 The County of Maui will start allowing passive recreation at beaches effective on Saturday, May 16.  This is for a trial period only of two weeks (from May 16 to 30) and will be reassessed.

Governor David Ige’s Safer-at-Home order will likely be extended to the end of June, according to new information shared by the Governor on May 14.

This comments section is a public community forum for the purpose of free expression. Although Maui Now encourages respectful communication only, some content may be considered offensive. Please view at your own discretion. View Comments
Trending Now
1Bill to Amend Landlord-Tenant Code Signed into Law 2No Public Aerial Fireworks Displays, No Firecracker Sales on Maui this July Fourth 3Maui Police Seek Help Locating Missing Man 4No Tsunami Threat to Hawai‘i After 4.5 Big Island Earthquake 5Maui Motorcyclist Succumbs to Injuries Sustained in Crash Earlier this Month 6Training Ship Golden Bear to Visit Lahaina and Lāna‘i, June 20
Back to Top