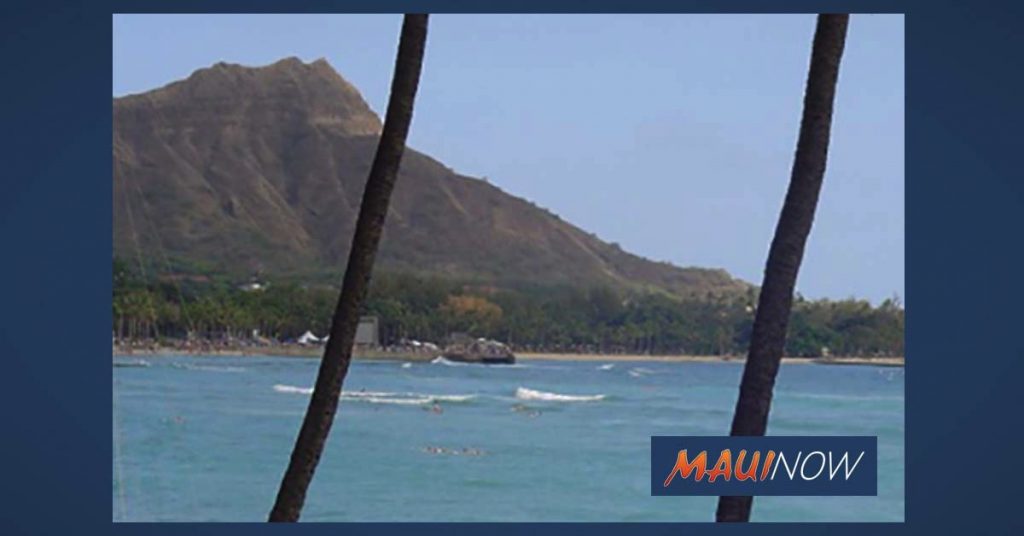 A 23-year-old man from New York was arrested this morning by special agents from the Department of the Attorney General for alleged violation of the mandatory 14-day quarantine rule and unsworn falsification to authority.

Tarique Peters of the Bronx arrived on O‘ahu on Monday and posted numerous pictures of himself on Instagram, according to authorities. He allegedly left his hotel room the day he arrived and traveled many places using public transportation.

Authorities became aware of his social media posts from citizens who saw posts of him – on the beach with a surfboard, sunbathing, and walking around Waikīkī at night. This morning agents were able to confirm with hotel personnel that had seen Peters leave his room and the premises on numerous occasions this week.

When he was arrested, authorities say he was in the company of an island resident, and charges are now pending against the island man. Peters was booked and his bail is set at $4,000.

Hawai‘i Attorney General Clare Connors said, “We appreciate the assistance of local people who spot flagrant violations of our emergency rules on various social media sites and report them to the appropriate authorities.”

Earlier today, Maui police posted a photo and information, seeking help in locating a woman they say is wanted for allegedly violating the Rules an Orders and failure to quarantine.

Police say the 24-year-old woman was last seen in Haʻikū, and may now be in the Kīhei area.

Anyone with information is asked to contact the Maui Police Department Non-Emergency Number at (808) 244-6400 or in an Emergency dial 9-1-1.