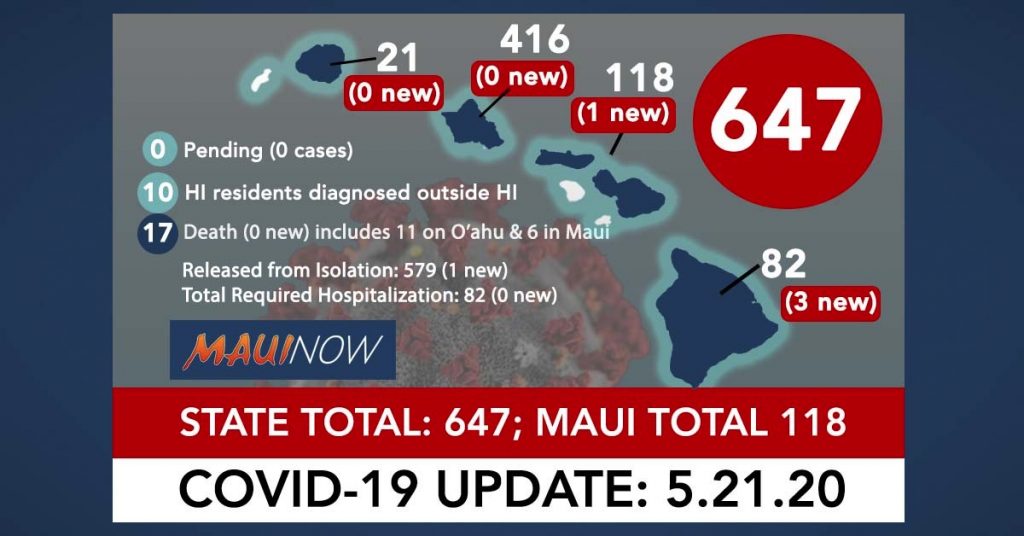 As of noon on Thursday, May 21, 2020, there are 647 cases of COVID-19 identified in Hawaiʻi with one new case on Maui, and three additional cases on Hawaiʻi Island.

The Hawaiʻi State Department of Health reports that there were 579 individuals released from isolation; and 83 cases (13%) that have required hospitalization. A total of 586 patients (91%) were residents.

Maui County’s count increased by one case from yesterday. Of the 118 cases in Maui County, at least 98 have been released from isolation, and 22 have required hospitalization.

To date, there have been 17 COVID-19 related deaths in Hawaiʻi, including 11 on Oʻahu and 6 in Maui County. Lieutenant Governor Josh Green notes that Hawaiʻi has the lowest mortality rate in the US at 1.2% per 100,000. 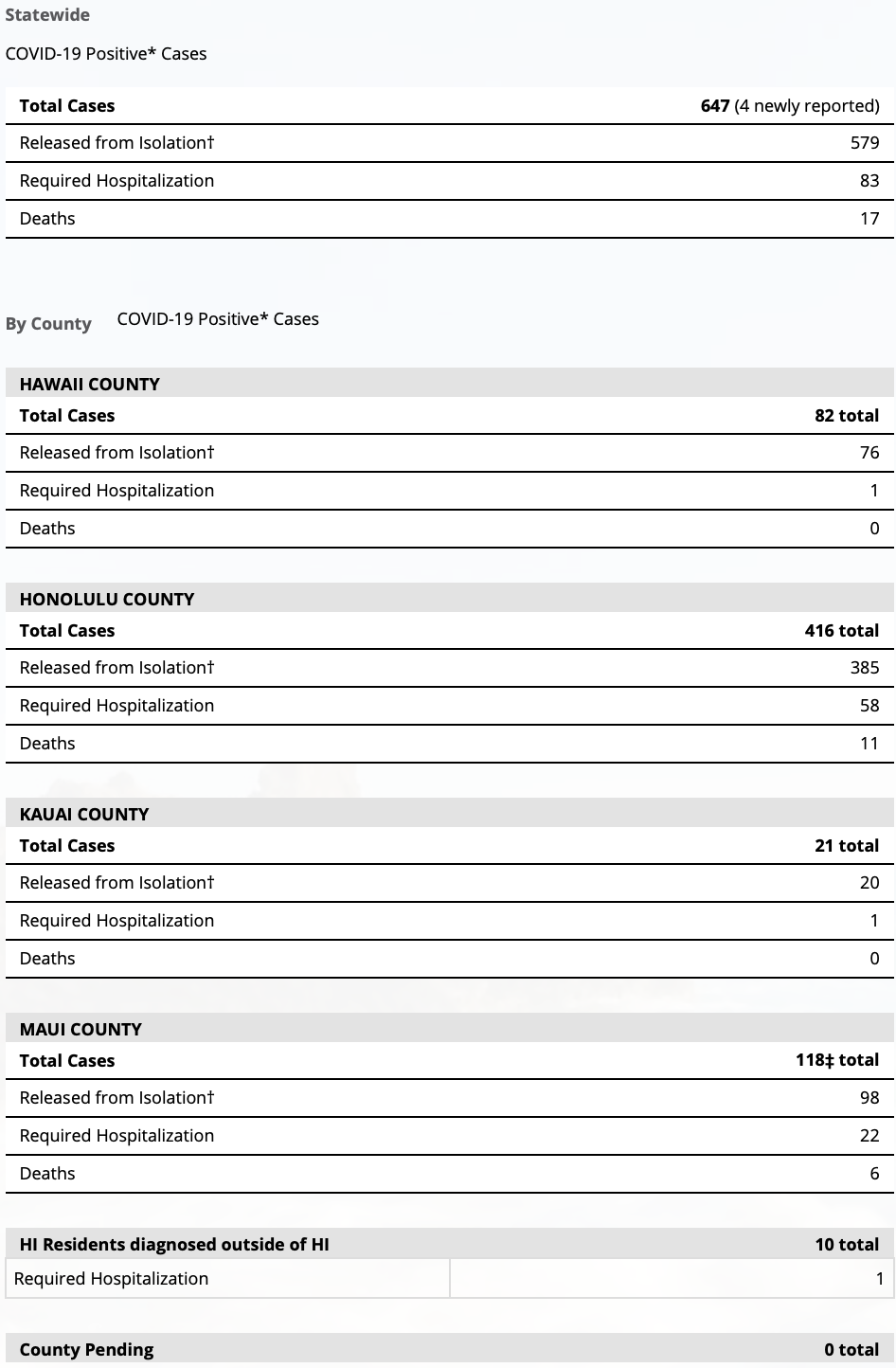