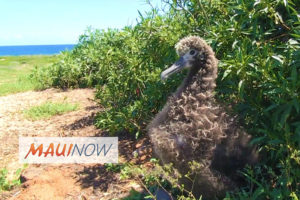 “Hawai‘i is the most isolated island chain and one of the most ecologically diverse places in the world,” Case said in a press release.

“Within our constrained borders, we have ten of the thirteen world climate zones, and ecosystems ranging from the deserts to the tropics where plants and animals that found their way to Hawai‘i evolved like nowhere else.”

“Among our truly unique and endangered natural treasures are the only tropical rainforests of any state. Yet we are one of the very few states in our nation which has not recognized its special forest resources with a National Forest designation.”

“Hawai‘i’s forests are critical parts of our island ecosystems, home to the oldest living ancestors of this place – the flora and fauna that have so much to teach us about how to live sustainably. Our forests protect us from run-off, recharge our aquifers, provide habitat for native species, and connect us spiritually to this ‘āina. We must explore every avenue to protect them,” said Rep. Tulsi Gabbard.

A 2014 survey identified 9,975 endemic species in Hawai‘i, many of which are reliant on Hawaiʻi’s fragile ecosystem to survive. However, since the onset of human arrival, Hawai‘i has lost almost half of its native forest cover.

Case and Gabbard continued: “Our Hawai‘i National Forest Study Act would identify parcels of land that could later be incorporated into a National Forest that would fulfill the National Forest System’s mission. It would also help inventory how best to conserve and expand Hawai‘i’s native koa, ‘ōhi‘a and sandalwood forests can be conserved and expanded to lay the groundwork for establishment of a National Forest. This designation would also assist with federal resources for management and
protection.

The legislation follows a measure that the two members of the Hawai‘i Congressional delegation introduced in April that calls on the U.S. Department of the Interior to pursue another first for the state: the designation of a National Heritage Area.