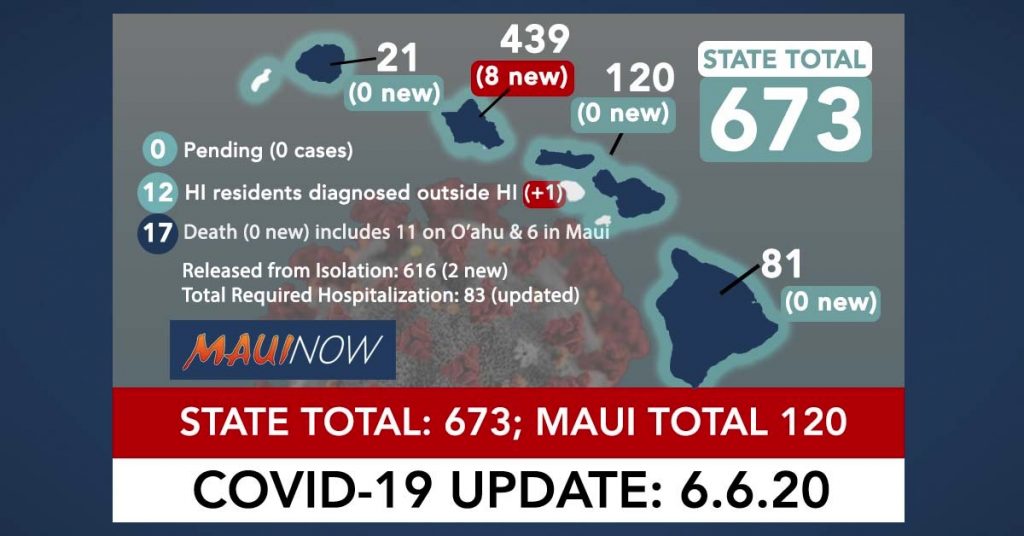 For a second consecutive day, the state Department of Health is reporting nine additional COVID-19 cases in Hawaiʻi.  This includes eight new cases on Oʻahu and one case of a resident diagnosed outside of the state.

This comes after the DOH reported nine cases yesterday–including three old cases (one each on Oʻahu, Maui and Kauaʻi) that were added as a result of corrected discrepancies in laboratory reporting.

The Hawaiʻi State Department of Health reports that there were 616 individuals released from isolation; and 83 cases (12%) that have required hospitalization. A total of 610 patients (91%) were residents.

Maui County’s count remained unchanged from yesterday. Of the 120 cases in Maui County, at least 113 have been released from isolation, and 22 have required hospitalization.  Mayor Victorino notes that as of Wednesday, there remained just a single COVID-19 positive case at the Maui Memorial Medical Center.  Based on the current numbers, there is just one active case in Maui County.

In Maui County, cases with onset in the last 28 days have been in the Wailuku and Kihei zip codes.  Of the 120 cases documented in Maui County over the course of the pandemic, Wailuku and Kahului had the most cases (21-50 each); followed by Lahaina, Kīhei and Makawao (6-10 cases each); and Kula, Hāna, Haʻikū and Molokaʻi (1-5 cases each). 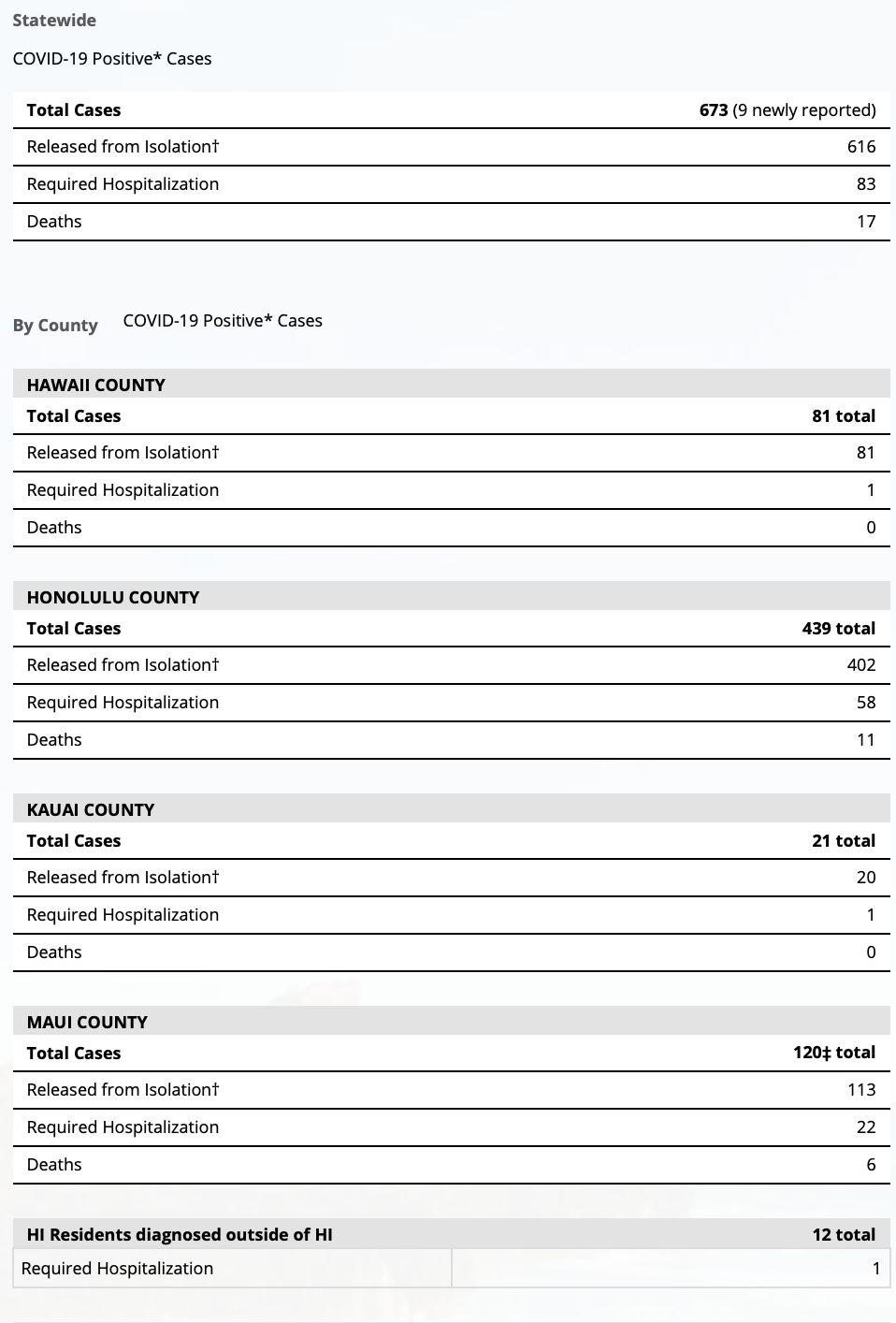 Governor David Ige announced his approval of bars reopening on Oʻahu on June 19. Here on Maui, Mayor Victorino said he’s considering potential re-opening of bars on Maui next week, but said he still needs to work out details before making an announcement.  Any reopening date would also need the approval of the Governor before taking effect. Mayor Victorino said he’s also looking at how Maui County can allow organized sports while keeping participants safe. A decision on resumption on Maui has not yet been made.

The state resumes the issuance of wiki permits for beach weddings and vow renewals.  These limited commercial activities on state beaches are resuming subject to Act with Care restrictions–including no groups larger than 10 people, social distancing among individuals outside of the same household, and quarantine restrictions must be followed.