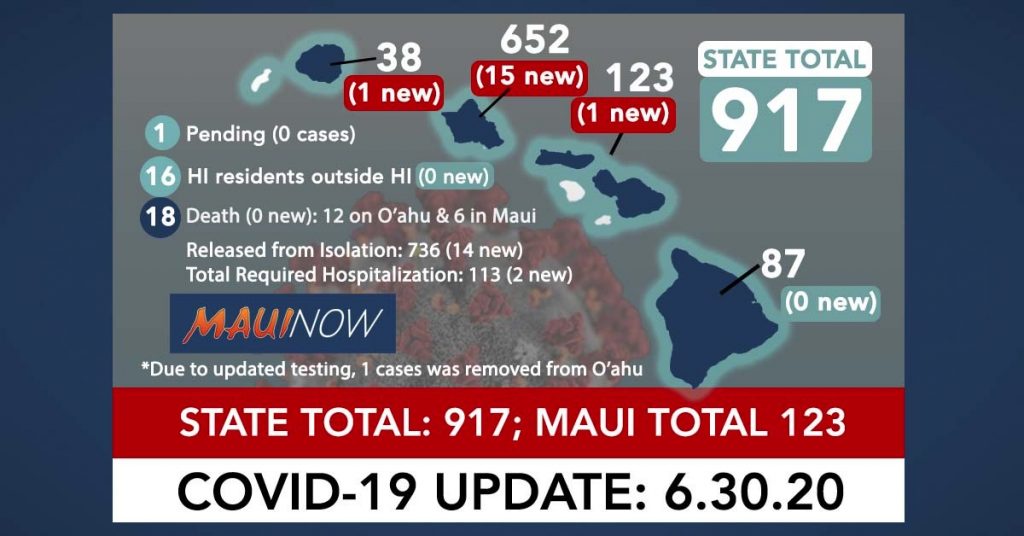 There are 18 new COVID-19 case reported for Hawaiʻi today–15 on the island of Oʻahu, one each on Maui and Kauaʻi and one case pending identification of island residency–bringing the statewide count to 917 cases in Hawaiʻi over the course of the pandemic.

Today, DOH reports 14 Hawai‘i residents, three non-residents, and one person of unknown residency are the 18 new cases of coronavirus. 16 of the cases are in adults and two are pediatric cases.  The new Maui case involves a resident who tested positive after returning from the mainland.  This individual reportedly self-isolated upon returning home and got tested when they started exhibiting symptoms.

As a result of updated information, one case from Oʻahu was removed from the counts, according to the State Department of Health.

The Hawaiʻi State Department of Health reports that there were 736 individuals released from isolation; and 113 cases (12%) that have required hospitalization. A total of 842 patients (92%) were residents.