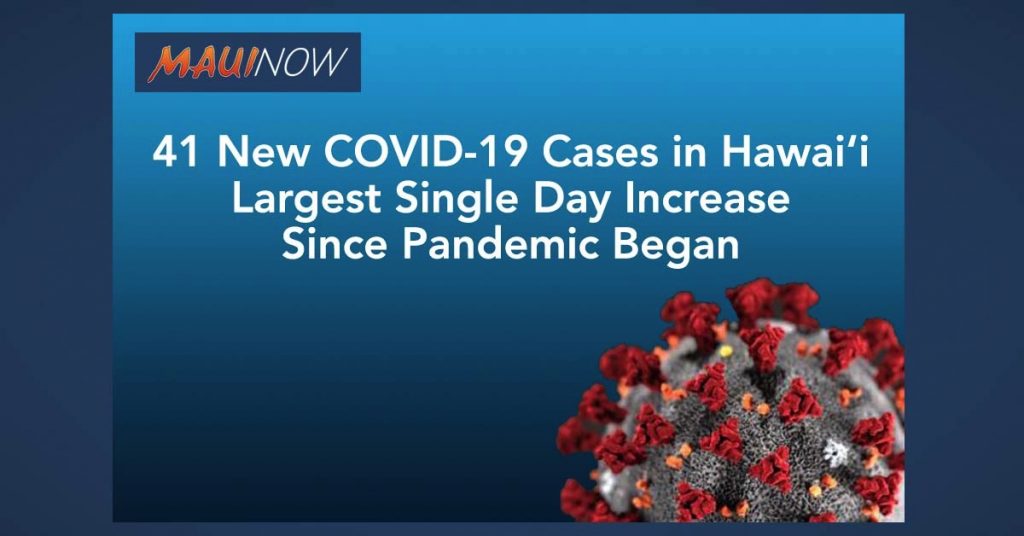 There are 41 new COVID-19 cases reported for Hawaiʻi today, marking the largest single day increase in cases since the pandemic began. Today’s breakdown includes 38 cases on the island of Oʻahu, two on Kauaʻi and one on Hawaiʻi Island.

DOH is continuing to monitor several clusters, including one associated with Hawaiian Airlines which now involves 15 cases; 13 staff and two close contacts of those employees. Yesterday it was announced nine cases were associated with a gym in Honolulu that had poor ventilation and insufficient physical distancing. Other clusters include seven cases at a food distribution company, four cases involving a hardware distributor and a cluster on Kaua‘i. Community outreach and testing activities continue.

This brings the statewide count to 1,071 cases in Hawaiʻi over the course of the pandemic.

The Hawaiʻi State Department of Health reports that there were 797 individuals released from isolation; and 119 cases (12%) that have required hospitalization. A total of 946 patients (92%) were residents. 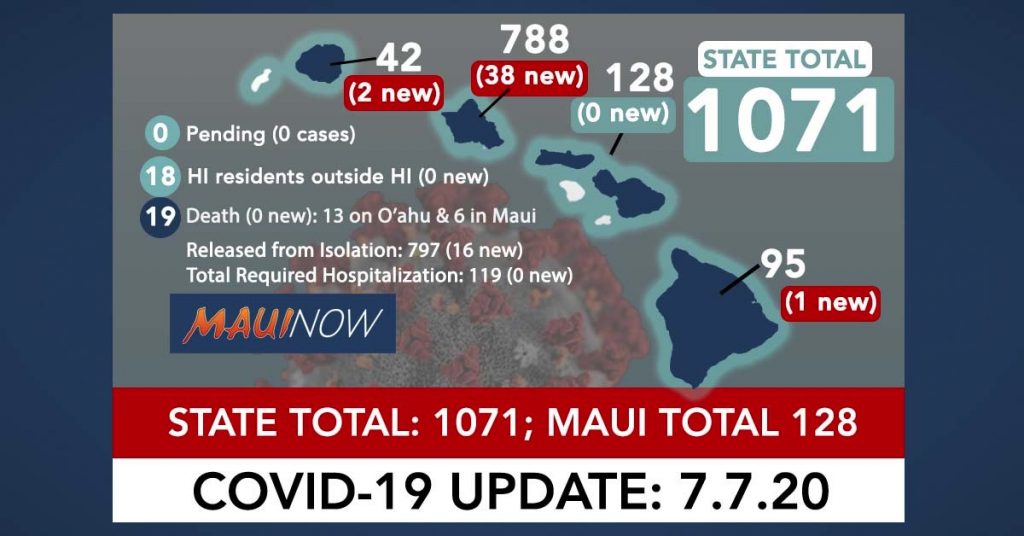 In Maui County, cases with onset in the last 28 days have been in the Lahaina, Makawao, Kīhei and Wailuku zip codes.  Of the 128 cases documented in Maui County over the course of the pandemic, Wailuku and Kahului had the most cases (21-70 each); followed by Lahaina and Kīhei (11-20 each); Makawao and Pāʻia (6-10 cases); and Kula, Hāna, Haʻikū and Molokaʻi (1-5 cases each).