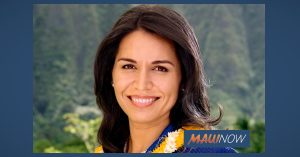 Rep. Tulsi Gabbard (HI-02) cosponsored H.R.7092, the Great American Outdoors Act, to help fund important restoration and conservation work on public lands such as national parks. The bill allocates funds to the National Parks Service and other departments to pursue projects critical to the maintenance of public lands and recreation areas across the country.

“In my home state of Hawai‘i and across the United States, we stand in awe of nature and some of the most magnificent sites in the world. Yet, many of these celebrated public spaces are under threat. Once destroyed, they can never be brought back. It is vital for so many reasons that we work to preserve treasures like Hawaiʻi’s unique and incredible national parks. Through this initiative, our cherished cultural sites and other public lands will be protected, ensuring that millions of Americans can continue to explore the great outdoors for generations to come,” said Rep. Tulsi Gabbard.

Rep. Tulsi Gabbard has been a vocal advocate for the environment and public lands throughout her time in Congress, earning an A rating from the Outdoors Industry Association in 2018 and a 100% rating from the National Parks Action Fund in the 116th Congress. In 2019 she voted to support a public lands package that promotes conservation, outdoor recreation, historic preservation, and cultural resource protection in Hawai‘i and across the country.