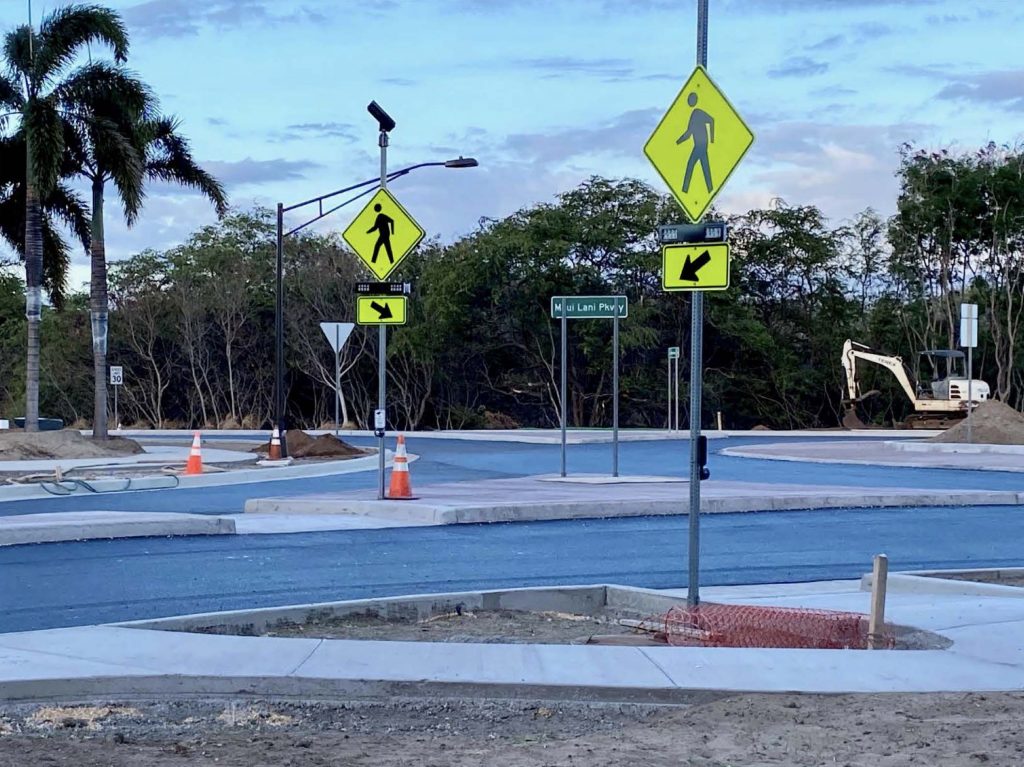 The Maui Lani Roundabout at the intersection of Kamehameha Avenue and Maui Lani Parkway is nowcompleted and will officially open to the general public at noon on Wednesday, July 29, 2020.

The $3.15 million project broke ground at the end of April and was completed within three months, five months ahead of schedule. The project was initially set to be completed at the end of this year.

“I want to thank our residents for their patience while the Kamehameha Avenue-Maui Lani Parkway intersection was closed for about six weeks for construction of this roundabout,” Mayor Michael Victorino said. “But this did make it possible for expedited construction, ahead of the beginning of the 2020-21 school year. I also appreciate the fast work on this project by the Department of Public Works and general contractor Goodfellow Bros.”

A project blessing will be held Wednesday morning before the roundabout opening at noon.

Public Works Director Rowena Dagdag-Andaya said that the new roundabout was designed to improve the flow of traffic and safety for drivers, cyclists, and pedestrians.

“The new roundabout is intended to make traffic flow more efficient and reduce delays at the intersection. It’s also intended to strengthen walking and bicycling conditions, by providing shorter and safer crossings that link the neighborhoods to Pomaika’i Elementary School and the Central Maui Regional Park,” Dagdag-Andaya said.

The new roundabout features median islands, high-visibility signs, shorter crosswalks that are set away from the center island, and rectangular rapid-flashing beacons to alert drivers of pedestrians and dismounted cyclists.

For more information on how to drive a roundabout, visit www.mauicounty.gov for a tutorial video.

Five Easy Rules to remember about using a roundabout: