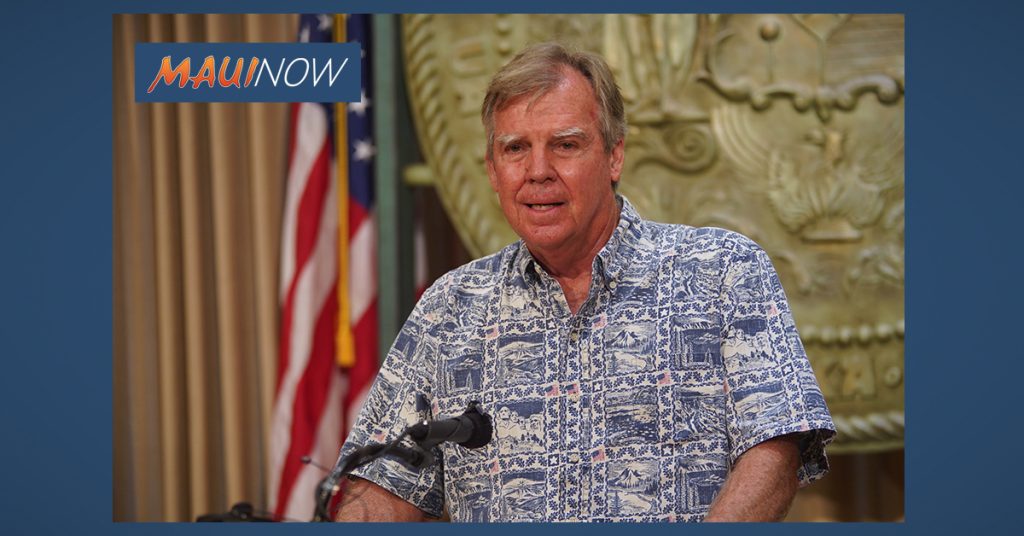 Several clusters on Maui are being tracked by the state Department of Health, including small clusters arising from activity at a construction site.

In another cluster, DOH officials say five Maui residents held a party on Oʻahu.  One case from the party attended another gathering while ill and symptomatic.  Nine cases were later associated with this party.

In another cluster, the Department of Health reports that a healthcare facility on Maui has 24 positive cases including 13 staff and 11 patients.  There was also one patient case that was identified after discharge.

That differs from a noon update on Tuesday provided by the Maui Memorial Medical Center, which indicates there are 36 positive cases identified by Maui Health since Thursday (Aug. 13), including 19 health care workers and 17 patients.

State Health Director Dr. Bruce Anderson noted that the investigation there is ongoing.  “The index cases appear to be an employee and a patient and both appear to have come from the community,” said Dr. Michael Shea, Intensivist and EOC Physician Lead at Maui Health during an interview with Maui Now earlier today.

In Honolulu, many cases are new and unassociated with other known positive cases, according to state Health officials.

Over the past month, the following clusters have been identified on Oʻahu:

The state has reported another triple digit increase in new COVID-19 cases with 134 new cases today including 124 on Oʻahu, seven on Maui and three on Hawaiʻi Island.

Today, the case count includes 129 adult cases and 5 children.  Department officials say the child cases are household contacts of adult cases, indicating the virus is spreading within households. (On Monday, there were 158 adult cases and 16 children among the newly confirmed positive cases).

Based on the information available for Tuesday’s new cases, 105 cases were exposed by community spread, 23 are unknown sources, and seven cases have a travel-related exposure, which means they likely obtained the disease while outside of the state or their county of residence.

Of all cases since March, 93% are Hawaiʻi residents and 2% are non-residents from other states or countries. Information is pending for 5% of the cases.

Investigations and contact tracing continue as the DOH works to identify cases connected to gatherings or “hanging out with close friends” or co-workers.

There are also cases of residents who traveled recently or hosted out of state visitors.  One of the three cases on Hawaiʻi Island today had a history of travel to Oʻahu, according to state health officials.

Based on information gathered from disease investigations and contact tracing, state Health officials say the following circumstances are increasing the likelihood of community spread because of inconsistent mask use and inconsistent physical distancing protocols:

*Includes combined skilled nursing and assisted living facility.  This table was compiled by the state Department of Health.