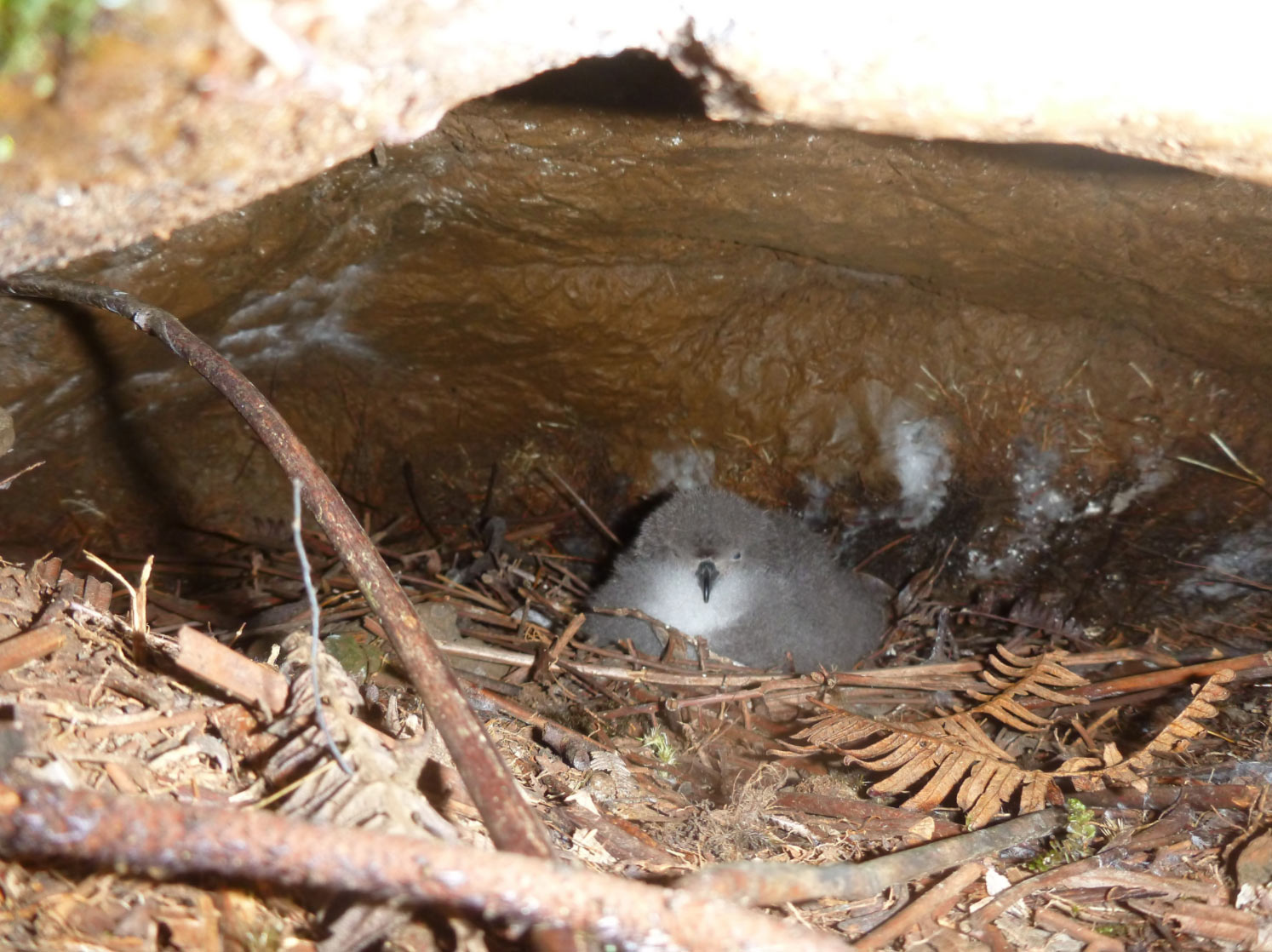 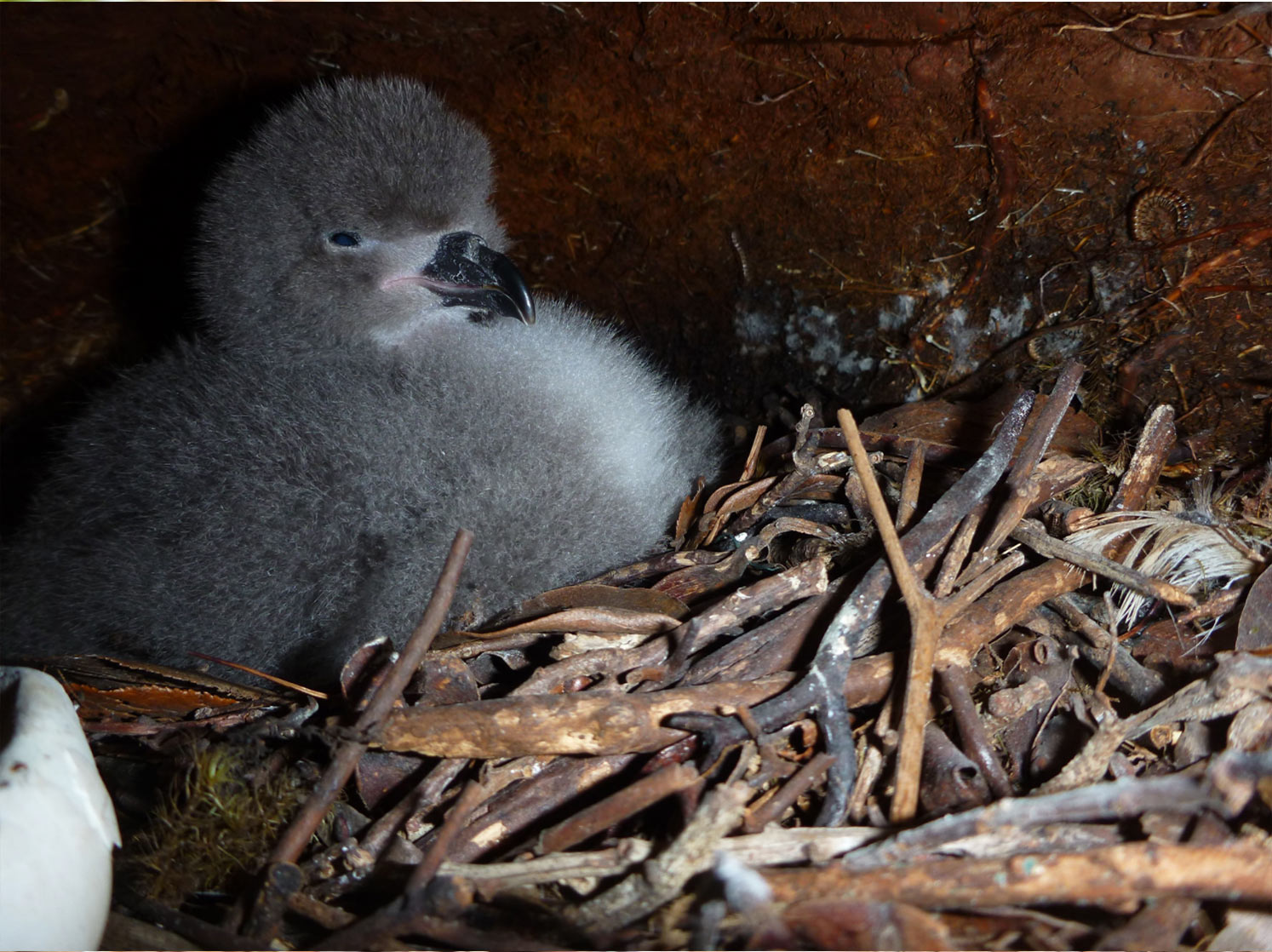 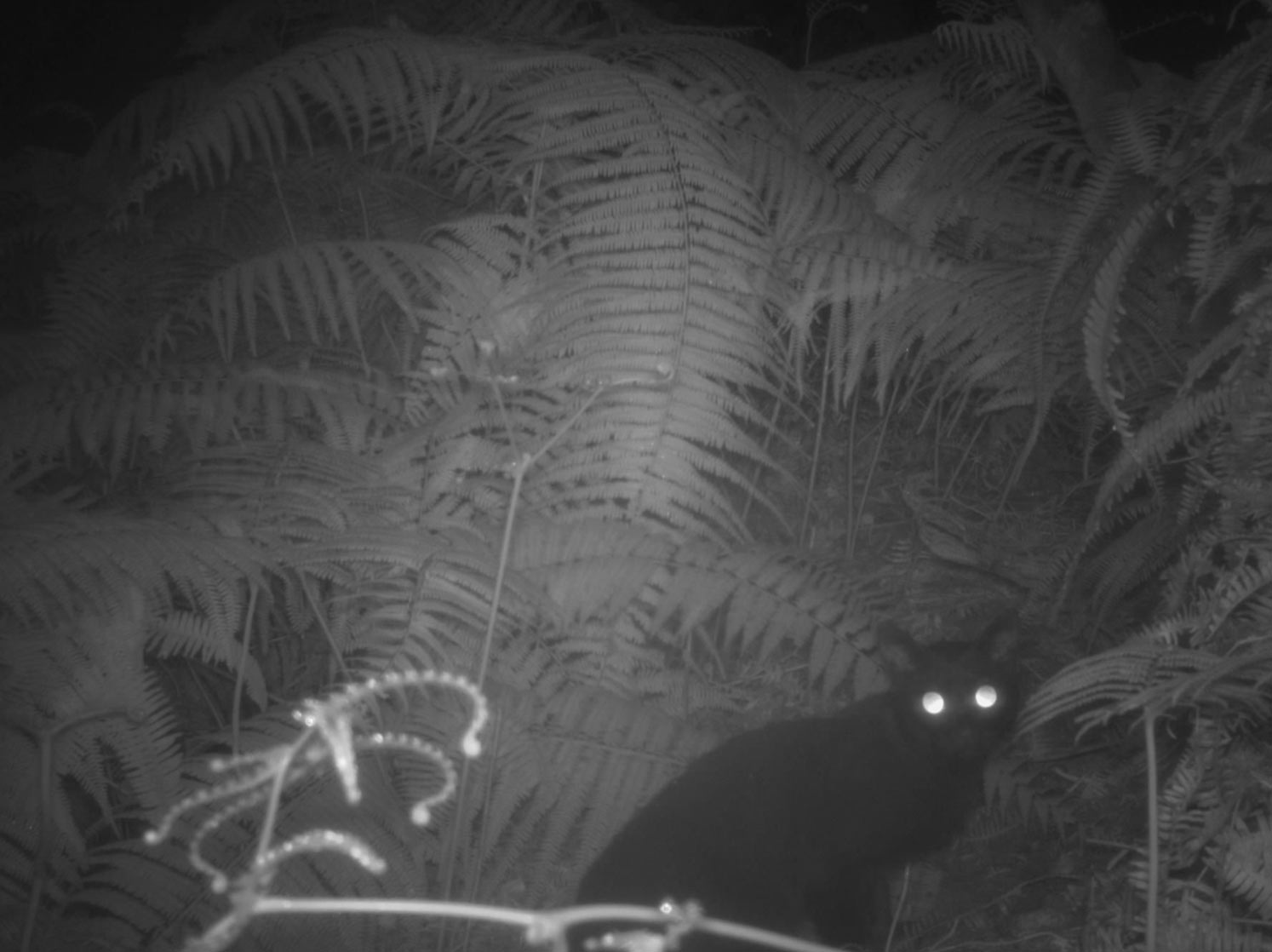 A single, free-roaming cat killed at least nine endangered native Hawaiian seabird chicks over the course of three days on Kaua‘i, according to state officials. The native Hawaiian seabirds on Kaua‘i have no natural defenses against feral cats which have resulted in repeated fatalities to the endangered species, officials with the state Department of Land and Natural Resources report.

The attacks on the Hawaiian Petrel (‘u‘au) chicks happened in a remote area of the Hono o Nā Pali Natural Area Reserve,  A team working in the area found the partially eaten baby birds outside their burrows. They were just over a month old.

“This is a devastating incident for all of us”, said Dr André Raine, Project Coordinator of the Kaua‘i Endangered Seabird Recovery Project. “Without active management, cat kills used to be widespread and commonplace in our mountain seabird colonies, but we have seen a huge drop in these incidents in managed colonies in recent years thanks to the hard work and dedication of predator control teams and land managers. However, as this incident clearly shows, just one cat getting into a colony can result in the deaths of a large number of these vulnerable birds in a very short time.”

Hawaiian Petrels are one of three endangered native Hawaiian seabirds found on Kaua‘i. The island is home to around one third of the world population of this species.

Hono o Nā Pali Natural Area Reserve is a particularly important area for this species, as well as the endangered Newell’s Shearwater (A‘o).

Both species are being threatened by non-native predators (including cats, rats, and pigs). The birds are also impacted by powerline collisions, light attraction, and loss of breeding habitat.

“Our native birds have no natural defense against mammalian predators because they evolved on these isolated islands without any mammals present. Cats are particularly efficient non-native predators. They kill both breeding adults and chicks, and a single cat is capable of destroying a colony very quickly if it appears when birds are nesting and is not immediately caught,” continued Dr Raine. “It is extremely frustrating in 2020, to still have to talk about mass kills by cats on Kaua‘i. This is not an isolated incident of the impact of cats on our native wildlife as we have also yet again had huge numbers of Wedge-tailed Shearwaters killed at coastal colonies on the south shore and more Hawaiian Monk seals dying of the disease toxoplasmosis, which cats carry.”

Sheri S. Mann, Kaua‘i Branch Manager for the DLNR Division of Forestry and Wildlife urged, “Everyone needs to step up and do their part to deal with the issue of feral cats on the landscape. Kaua‘i is a veritable Noah’s Ark for native Hawaiian species and cats have no place roaming freely on the island. They need to be indoors, where they are safe and well cared for, which will protect both the cats and Hawaiian wildlife.”