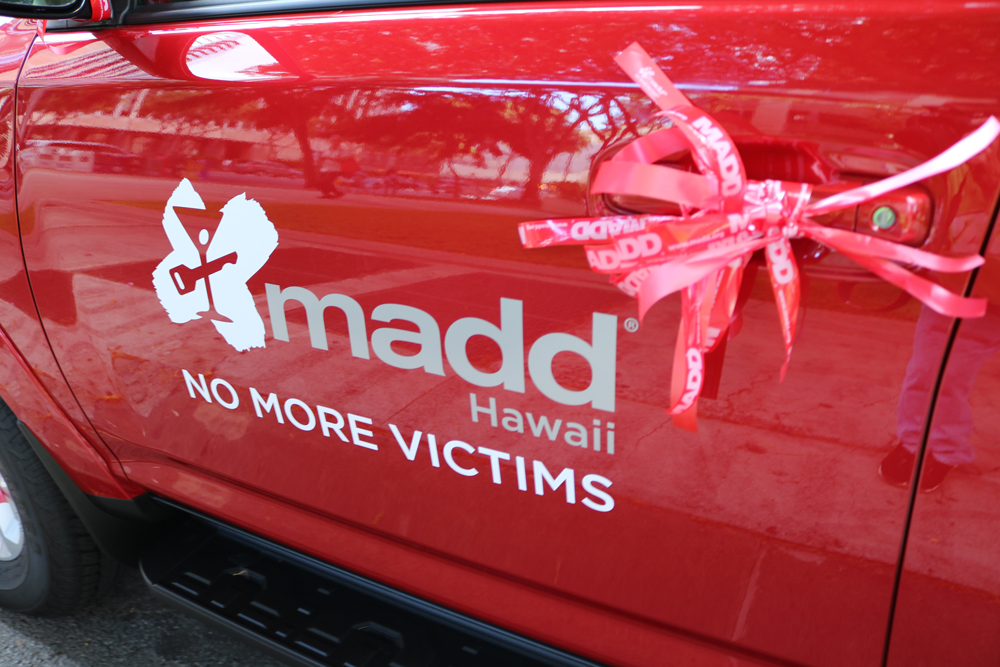 Mothers Against Drunk Driving Hawaiʻi virtually kicked off its “Tie One On for Safety” red ribbon campaign, promoting safe driving through the holidays and the upcoming year. Drivers across the country will display MADD red ribbons on their vehicles as a promise to plan ahead and designate a non-drinking driver. 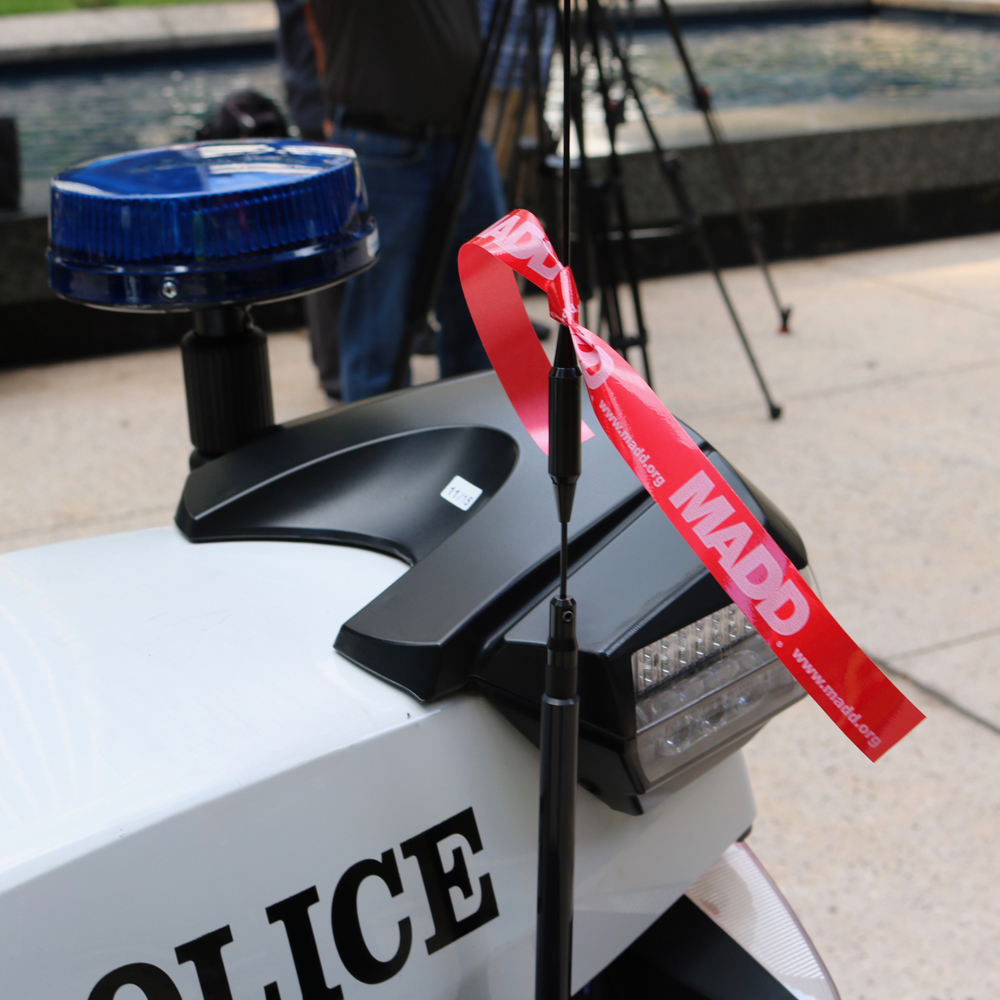 Participants of the kick off event included Honolulu City and County Mayor Kirk Caldwell, as well as first responders – the Honolulu Police, Fire and Emergency Medical Services departments – and campaign partner DTRIC Insurance. DTRIC Insurance and First Hawaiian Bank are the co-sponsors of this year’s campaign.

Lisa Hyatt, whose father was killed by a drunk driver in 2018, talked about her personal experience and her family’s efforts to prevent others from experiencing the pain of losing a loved one in a crash caused by an alcohol or drug-impaired driver.

“For over three decades, MADD Hawaiʻi has been asking drivers to attach our red ribbons to their vehicles as a symbolic reminder for people to stay sober if they are driving and also to make sure all passengers are wearing a seat belt,” said MADD Hawaiʻi founder Carol McNamee.

According to the National Highway Traffic Safety Administration, there are more motor vehicle traffic fatalities during the holiday period than during non-holiday periods due to more drinking, increased travel time on our roadways and excessive speeding. Nationally over the past five years, an average of 300 people died in drunk driving crashes between Christmas and New Year’s Day.

“Our highways and roads have been less congested because of the recent stay-at-home directives, but the number of drunk driving incidents have not gone down,” said Theresa Paulette, Victim Specialist for MADD Hawaiʻi. “Also, drunk driving crashes traditionally increase around this time of year. While large holiday celebrations are being discouraged because of health and safety reasons, alcohol may still be involved during more intimate gatherings.”

“DTRIC Insurance is honored again to be a partner in MADD’s ‘Tie One On For Safety campaign, as we all have a role to play in keeping our island residents safe,” said Michele Saito, CEO and President of DTRIC Insurance. “Statewide traffic fatalities are slightly down (72 deaths at mid-November compared to 89 at the same time last year) because of fewer vehicles on the road during the COVID-19 pandemic but we are seeing more severe accidents.”

Saito added that with traffic gradually picking up again, the insurance company is seeing a corresponding increase in auto insurance claims, a sign of increasing vehicular accidents on our roadways.

This is also the third straight year DTRIC Insurance has been helping to reduce drunk driving with its “Mocktails” campaign. DTRIC has partnered with mixologists across the state to create tasty, non-alcoholic drinks that provide safe options this holiday season.

“These non-alcohol ‘Mocktails’ are a safe, festive alternative to alcohol and they help to promote safe driving,” Saito added. “Drivers need to make good choices this holiday season to keep their loved ones safe during what should be a special time of year among friends and family.”